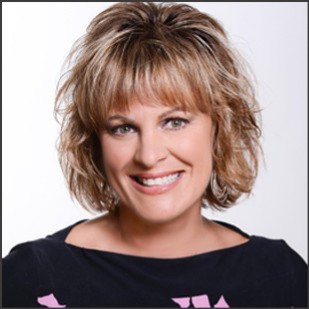 Monica Adams is the traffic reporter for FOX 2 News in the Morning. Monica started with FOX 2 in December of 2005. She is also a certified personal trainer and hosts a health and fitness show Sunday afternoons on KMOX radio. Monica came to FOX 2 from WIL-FM radio, where she was the news director and morning show co-host. Previous to WIL, Monica was the morning show host for KDJR/KHAD radio in DeSoto, Missouri and the news director, morning show co-host, and sports reporter for KJCF radio in Festus, Missouri.

During her 13-year career in radio, Monica had the opportunity to interview Presidents George W. Bush and Bill Clinton. She has also done stories on Katie Couric (her idol), Reba McEntire, Wayne Gretzky, Mario Lemieux and Brett and Bobby Hull. Monica has covered the St. Louis Cardinals, Rams and Blues, as well as high school football and baseball in Jefferson County.

Monica is a St. Louis native who enjoys entertaining her family and friends and doing charitable work for the American Cancer Society, Kilo Diabetes Foundation, Cystic Fibrosis Foundation, Ponybird Home in Mapaville and Desoto, American Heart Association and The Peregrine Society. She enjoys dancing, singing, fitness and has a huge heart for her dogs and other animals.