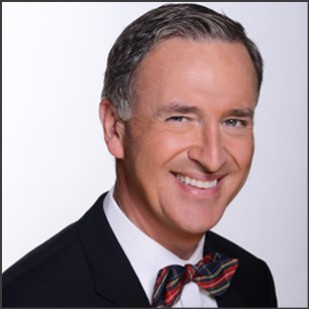 John Pertzborn currently serves as co-anchor for FOX 2 News in the Morning from 7a.m. to 9 a.m. Monday through Friday. Pertzborn joined FOX 2 in 1998. Prior to this, he served as a feature reporter from 1986 to 1997 at KSDK-TV and host of KSDK’s Show Me St. Louis. Pertzborn was also a nationally syndicated feature reporter for the NBC News Channel from 1991-1998.

Pertzborn also worked as an anchor reporter at WBAY-TV in Greenbay, WI, WSAW-TV in Wausau, WI, WISC-TV in Madison, WI and WIBA Radio in Madison, WI.

Pertzborn has won numerous broadcasting awards including four local Emmys, two Illinois Press Awards, one SPJ Best Spot News Award, and The Edward R. Murrow Award. Pertzborn is a 1982 graduate of the University of Wisconsin School of Journalism. He began his career as a child calling radio talk shows. One summer night in 1972 an announcer named Carl Ames invited young Pertzborn into the WKOW radio studio to be a guest on his show called “Nite Line” and that was just the beginning.

Want to send me a news tip? E-mail: john.pertzborn@tvstl.com