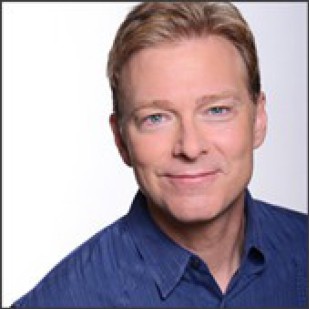 After working in Los Angeles for nearly eight years, Patrick Clark has returned home to report for News 11 at . His work also airs on KTVI FOX 2. Patrick is an Emmy award winning television news reporter/anchor/host. He is most recently known as the host of HGTV’s “Offbeat America.” Seen in more than 100-million homes, the series on Home & Garden Television celebrates the offbeat spirit of America’s homeowners. Traveling the 50 states, Patrick uncovered the most amazing people, places and plants this country has to offer. “Tall and blond with sparkling blue eyes, the host you see on Home and Garden TV is the same guy you meet in person: an enthusiastic, easy-going, young man with a zeal for traveling and a gift for meeting people and making them feel comfortable.” (Decatur Magazine) Patrick’s gift of conversation with everyday people is evident as he interviews people with extraordinary life experiences. Before joining HGTV, Patrick was host of G4’s “Pulse.” The series took a weekly look into the world of interactive gaming and technology. He has also been featured on the ABC Family Channel, and All News Channel, and served as a correspondent for the Cartoon Network.

Prior to his hosting experience, Patrick was a television reporter and sports anchor in St. Louis at KPLR and KDNL. He has also spent time as an adjunct professor at Southern Illinois University, and he wrote a weekly column for the St. Louis Post Dispatch website. He began his broadcasting career in radio as an on-air host and program director at a children’s radio station WFUN.

A music lover, Patrick spends his spare time composing new music. In 1994 he released a children’s album “Moo Moo Vacation.” While working in television , Clark released two more albums: “None The Worse For The Better”, an album critics say, “Finds joy in unexpected places.” (St. Louis Post Dispatch) and “American Maid.” Among the featured songs were the title track ” American Maid” and the popular television station theme and Emmy Award-winner “The Night is Young,” which was used in St. Louis, MO, Dayton, OH, and Knoxville, TN. Both albums were released on the Tinker Records label. Thrilled to be back on St. Louis television and involved in the local music scene, his band (The Patrick Clark Band) will release their latest CD “Spiraling Towards Madness” in August 2010. A mix of pop, and singer/songwriter alternative rock. You can find more information at his website http://www.patrickclark.tv.

Want to send me a news tip? E-mail: patrick.clark@tvstl.com