Composite image of shooting stars with a silhouette of a small tree during the 2015 Perseid Meteor Shower. (Getty)

Composite image of shooting stars with a silhouette of a small tree during the 2015 Perseid Meteor Shower. (Getty)

While screens glow with the sharpness and brightness of the pictures taken by Webb, nothing compares to gazing at the stars and other astronomical occurrences with bare eyes.

As Earth transits a new orbital journey around the sun, there will be many opportunities to enjoy celestial shows. Using various news and scientific sources, Stacker compiled a list of 23 astronomical events to observe in 2023. Among them are 11 meteor showers, two eclipses, and supermoons that will present four times throughout the year in varying forms. Most of them will be viewable from North America sometime between dusk and dawn on the indicated dates.

If you’re hankering to become a skilled skywatcher, take advantage of new and waxing moon nights to learn to find constellations and relevant stars. All astral phenomena are located around them. Here are the shouldn’t-miss events headed your way this coming year from the heavens.

You may also like: 50 spectacular images of Earth from space 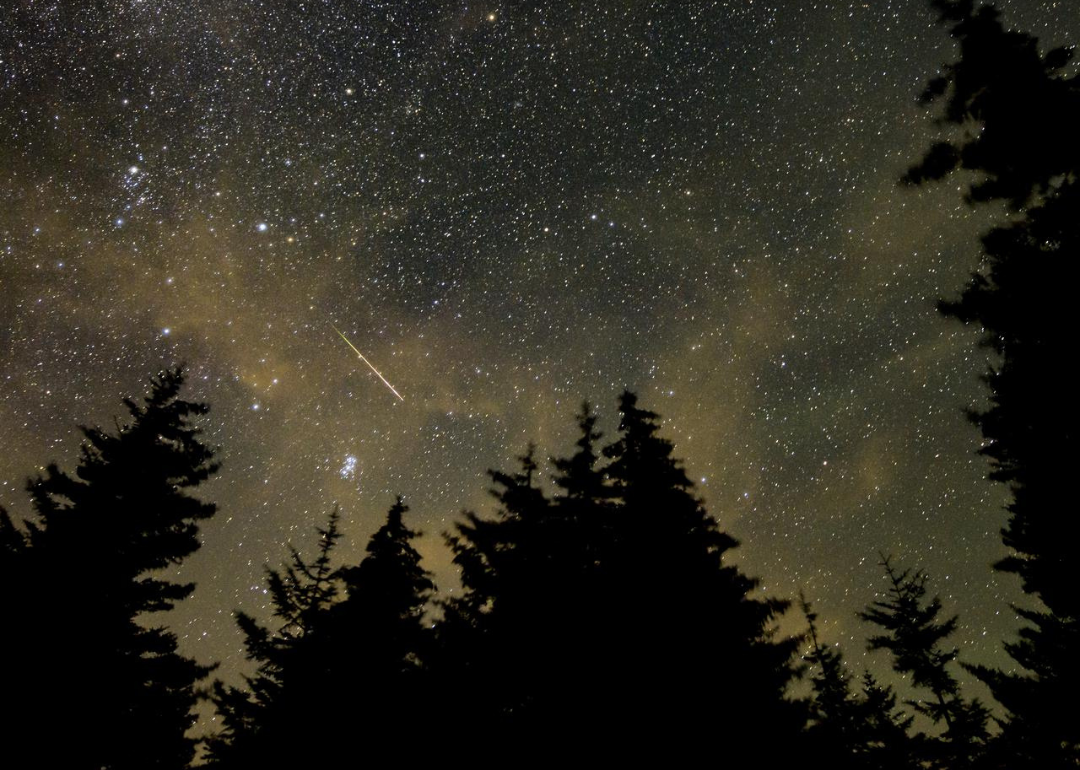 It is typically easier to catch sight of the Quadrantids meteor shower—the dust grains of extinct comet 2003 EH1—from the Northern Hemisphere, but the first full moon of 2023 will dim chances of seeing it in full splendor. The best bet to see it will be the hour of true darkness, shortly before dawn on Jan. 4. 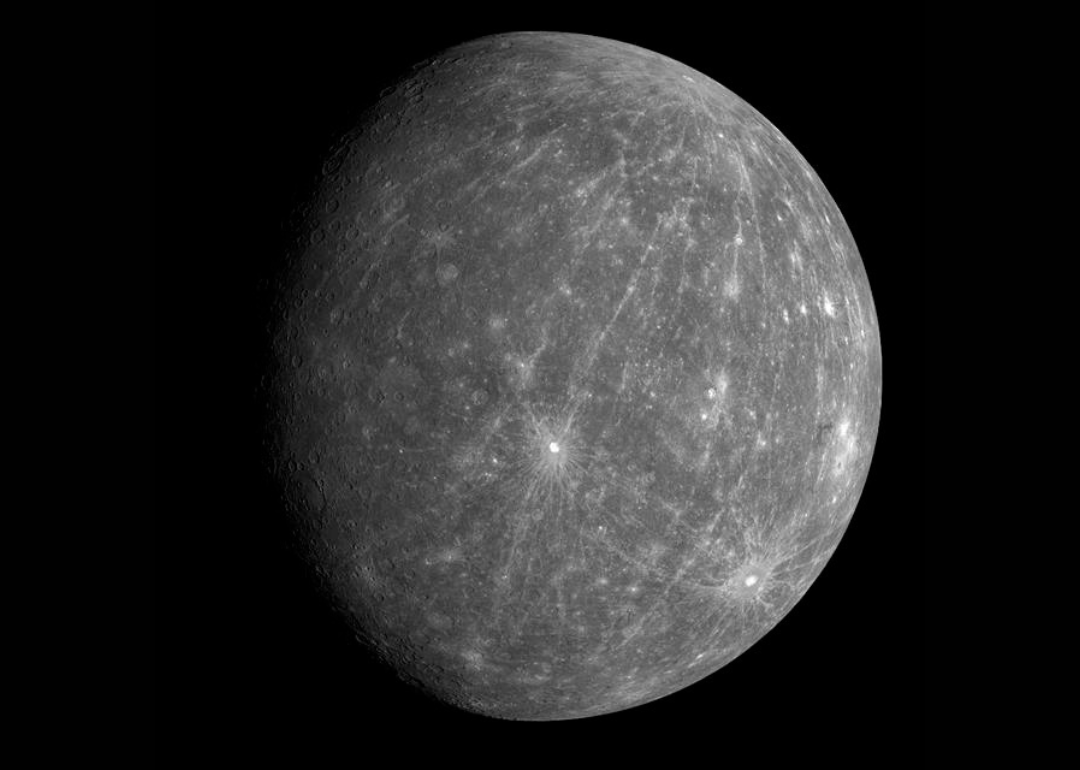 The planets closest to the sun are the most difficult to view. Look for Mercury on the days when its elliptical orbit takes it either closer or farther away from the solar system’s hypergiant, hence at its greatest elongations. When it appears on the west side of the sun, it can be viewed at dawn as a shiny yellow dot. 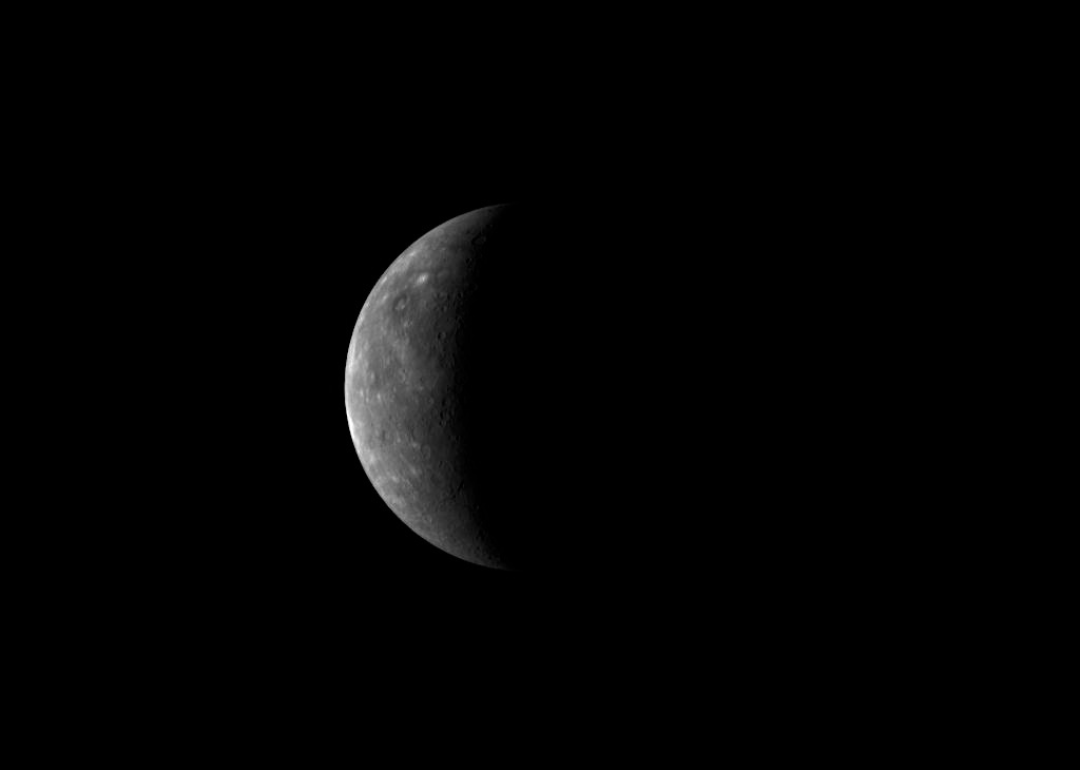 When positioned at its greatest eastern elongation, Mercury is closer to Earth and at its furthest angular point away from the sun. Though it’s unlikely to be detected by the naked eye, it might be found with a ground telescope right before dusk. 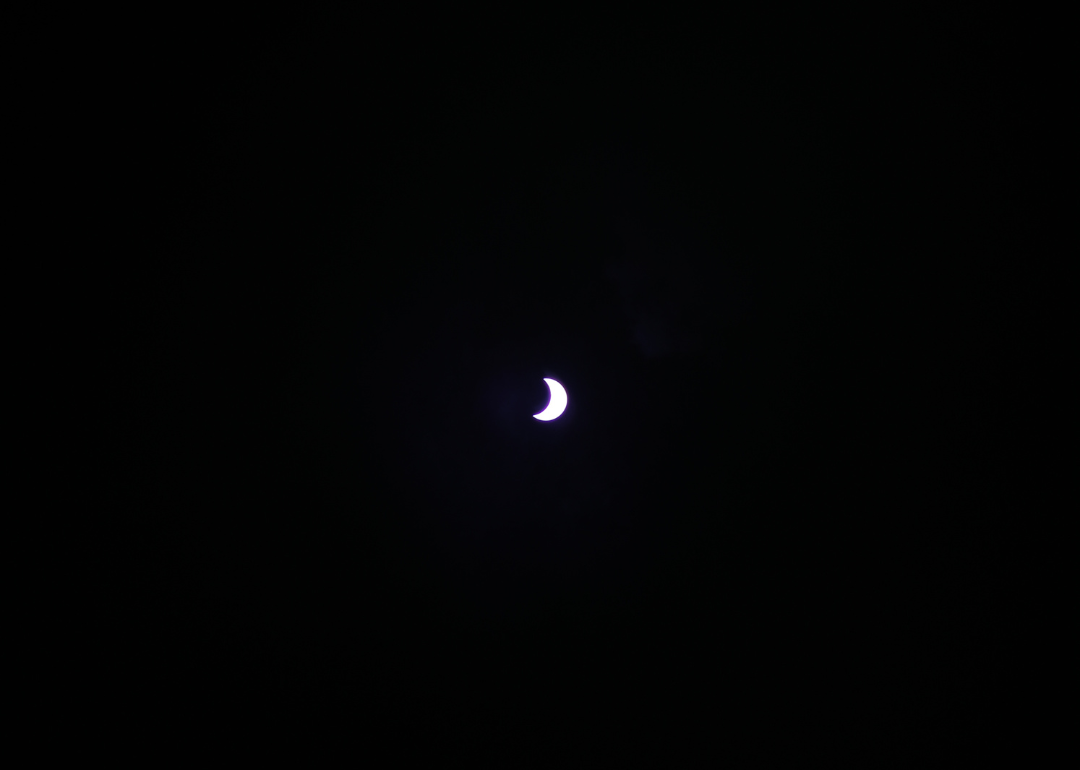 The last time Earth’s inhabitants could see a Hybrid Solar Eclipse was on April 8, 2005. This rare phenomenon changes its appearance as the moon’s shadow moves across the Earth’s surface. The eclipse goes from annular to total for a brief period to finally become annular again. 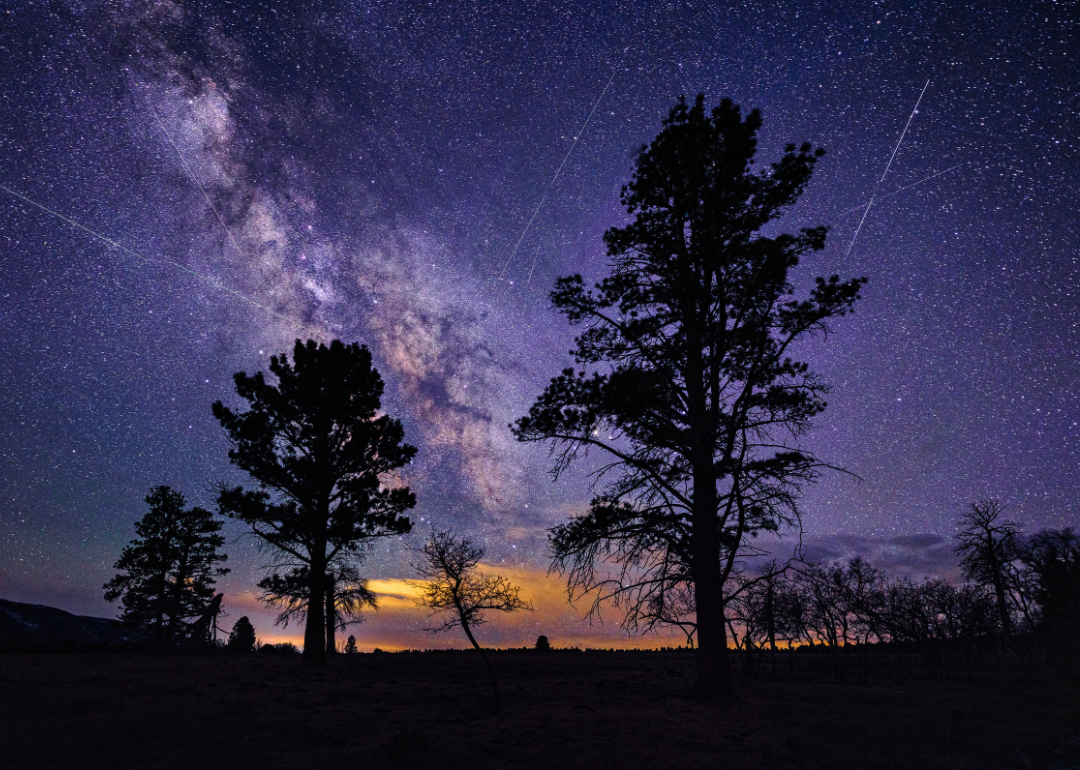 Comet Thatcher, discovered in 1861, is responsible for the Lyrids meteor shower seen every spring. In 2023, moonlight will not interfere with the view, people in the Northern Hemisphere will be able to noticeably see the shower sometime between midnight and dawn.

You may also like: Space discoveries that will blow your mind 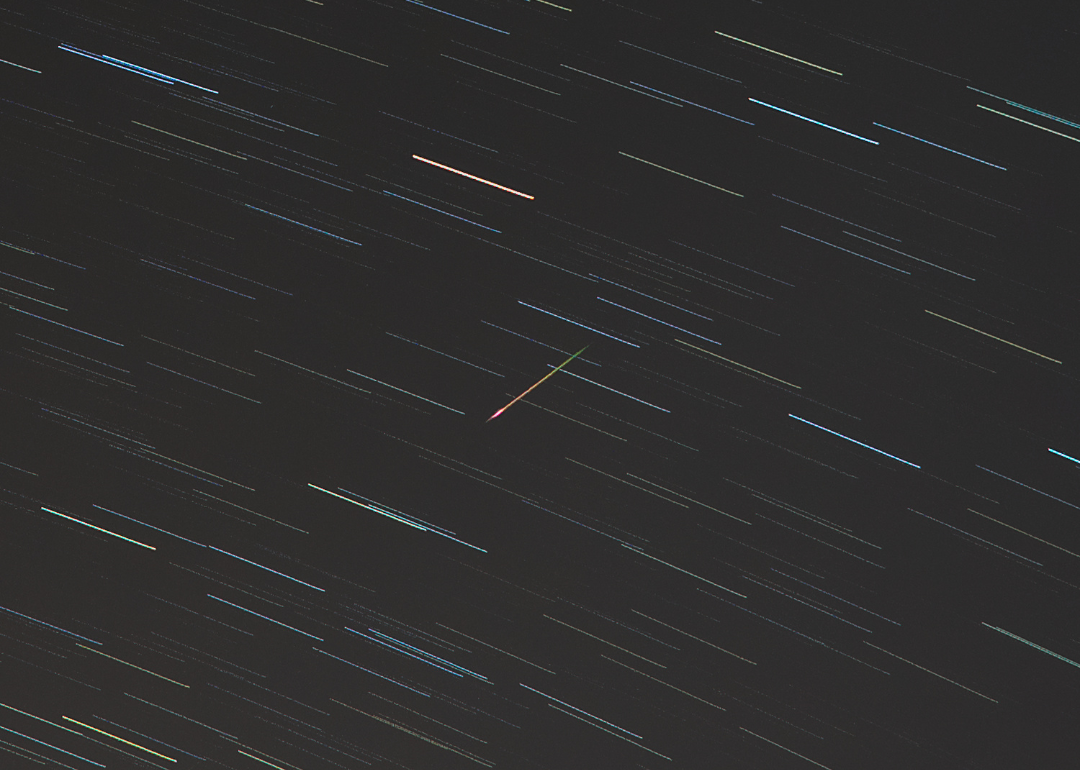 The Northern Hemisphere has an advantage in seeing the Eta Aquarids shower. These meteors are known to be swift; as a result, they leave behind glowing trains of incandescent debris that can last several seconds or even a few minutes. May 6 into May 7 around midnight will be peak viewing time. 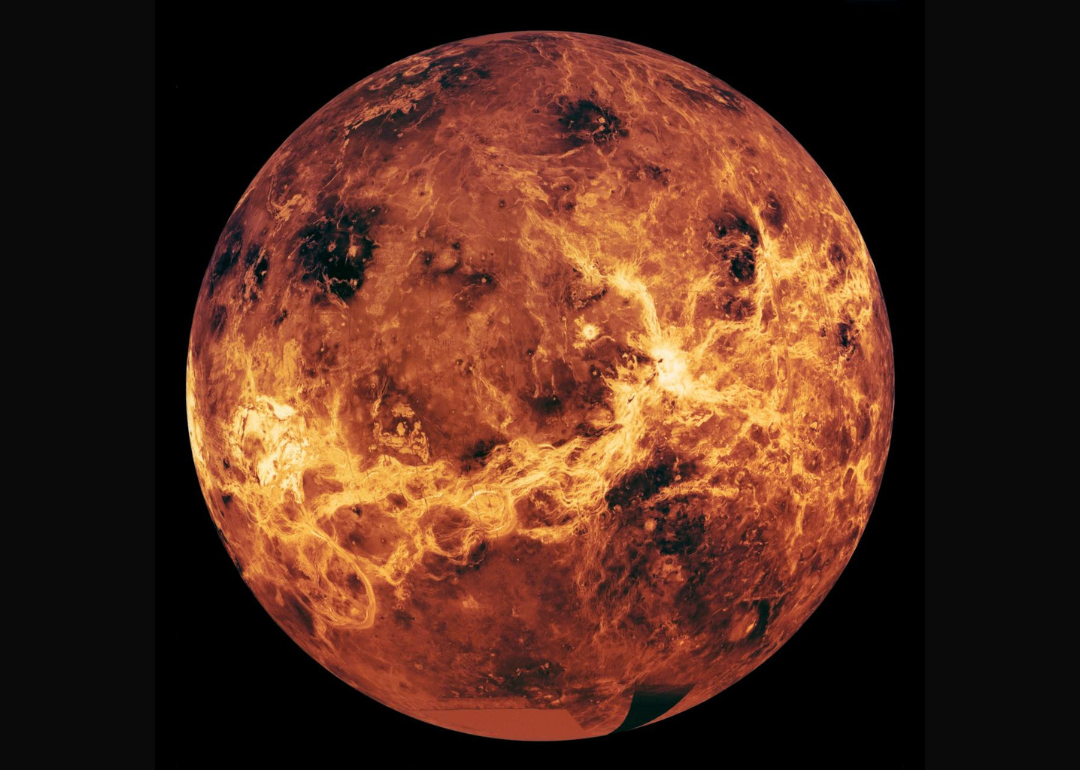 The hottest planet in the solar system is also the brightest when detectable from Earth, consequently earning the name of morning or evening star. The first time in 2023 when Venus will be clearly visible is at its greatest eastern elongation. Look for it when it sets in the west immediately after the sun. 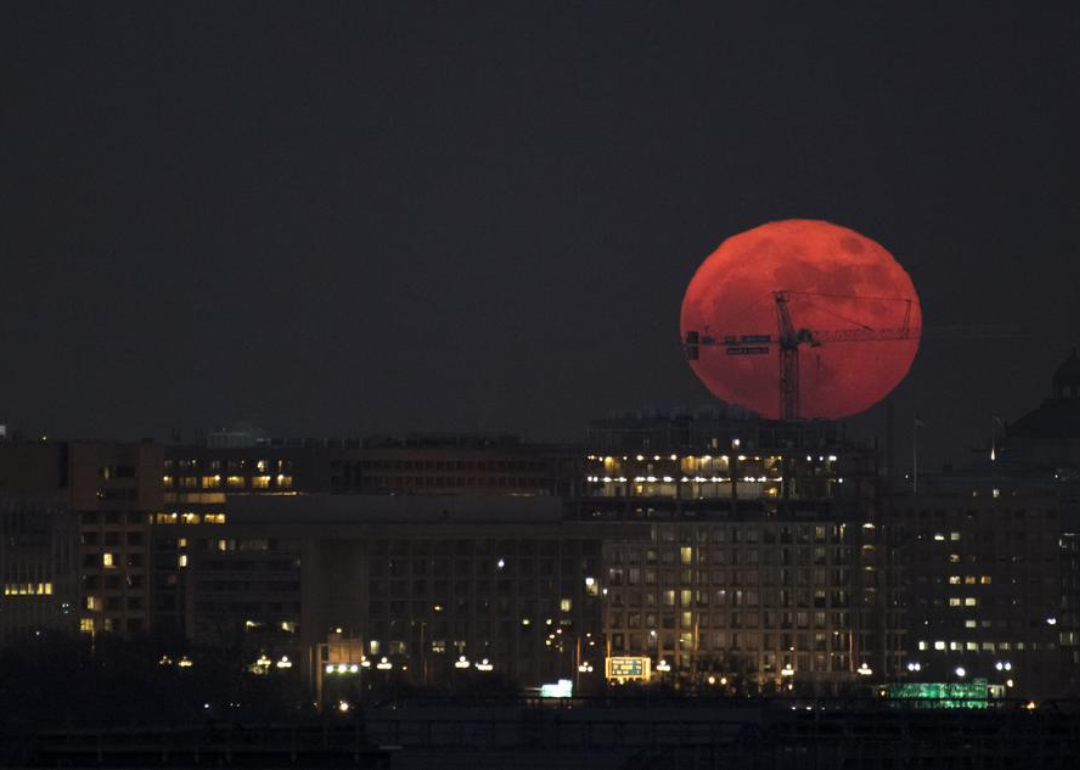 When a full moon occurs near or on its perigee—when closest to Earth—it is called a supermoon. In chronological order: the full buck, full sturgeon, full blue, and full harvest moons will all be supermoons in 2023. 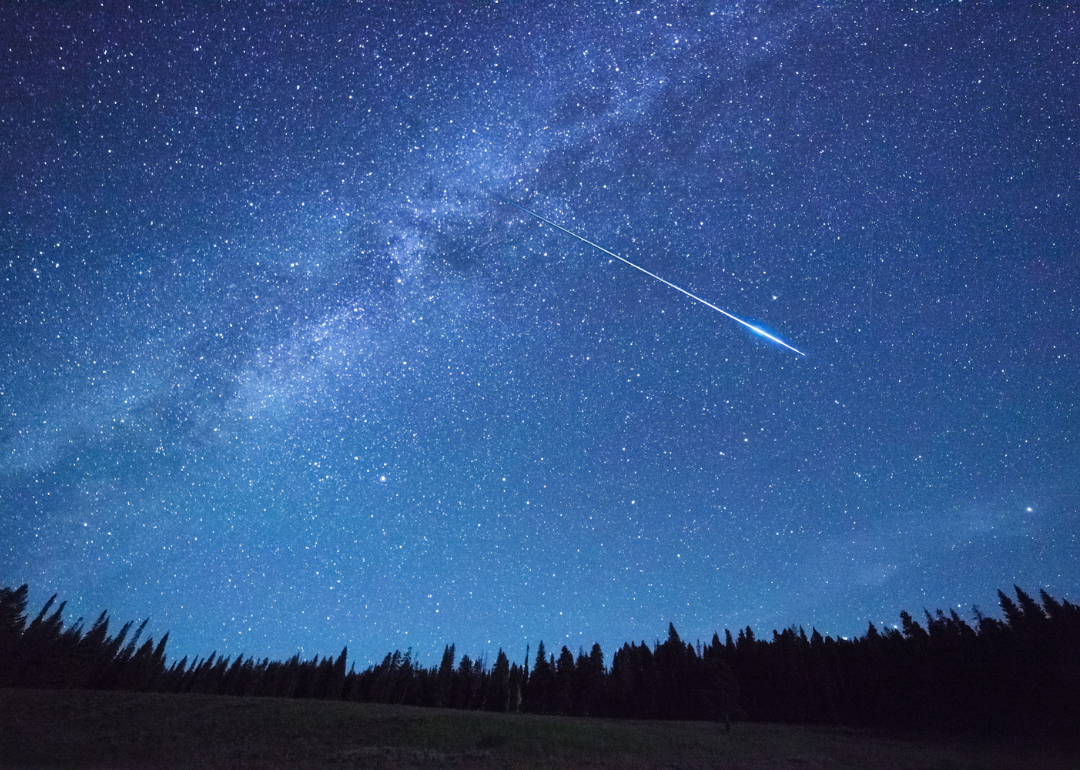 Since the Delta Aquarids are best noticed from the Southern Hemisphere, skywatchers in high northern latitudes tend to disregard them. However, in the southernmost parts of the United States, under ideal conditions such as a cloudless sky and no moonlight, the shower will be quite visible. 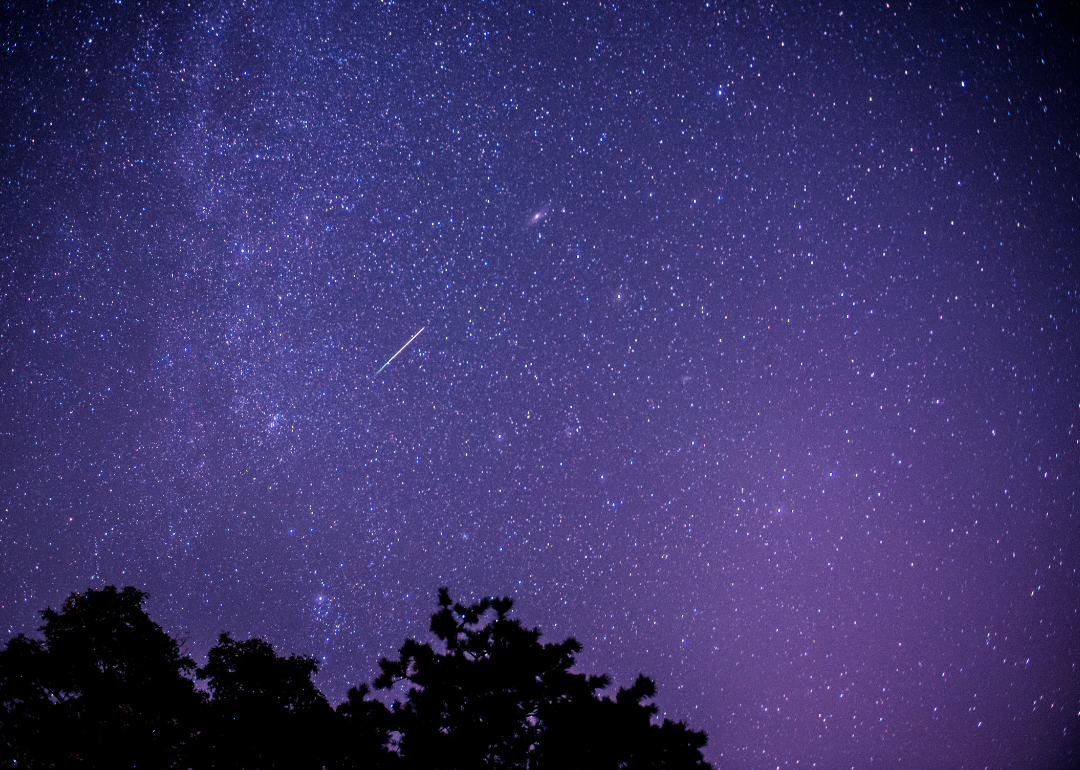 Perseids is the most popular meteor shower of the year. Anywhere from 50 to 100 bright and speedy meteors per hour can be seen during its peak in midsummer. In Greek mythology, the shower was Zeus himself disguised as golden stars in an effort to seduce a beautiful mortal named Danaë, mother of Perseus.

You may also like: Space discoveries from the year you were born 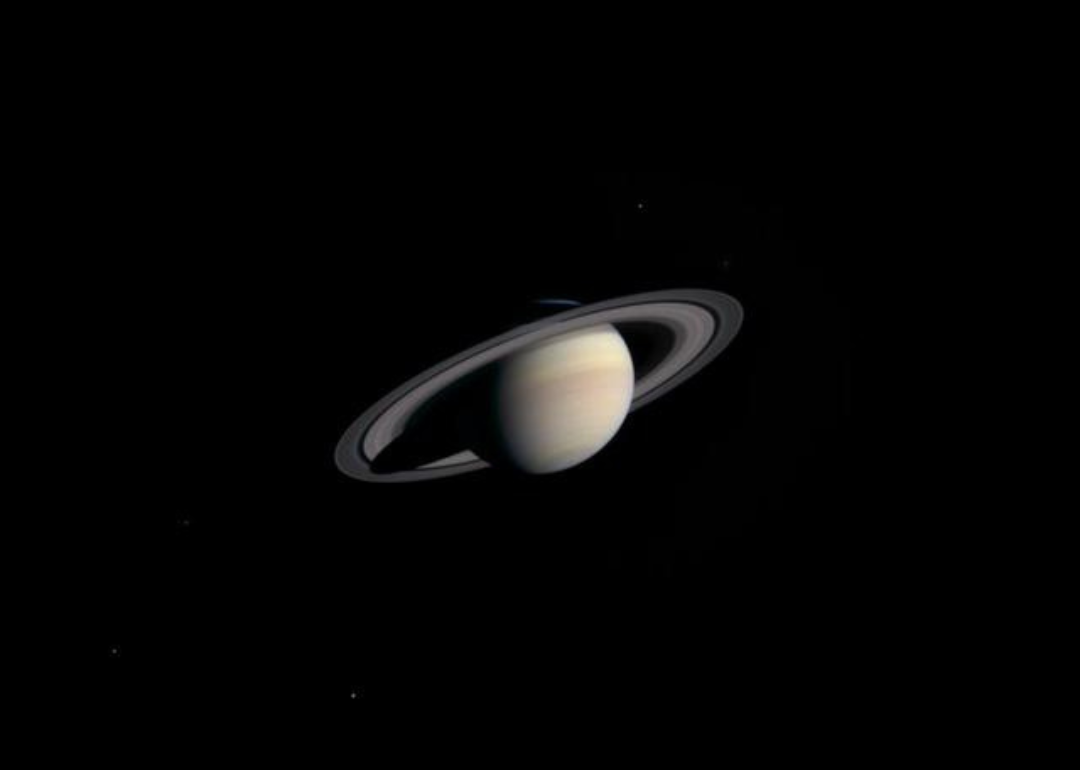 A planet is at opposition when Earth is between it and the sun. That is where Saturn will be in late August 2023. From the viewer’s perspective, it is merely an opportunity to see it brighter and clearer. However, astrologists have much to say when this or other planet alignments happen. 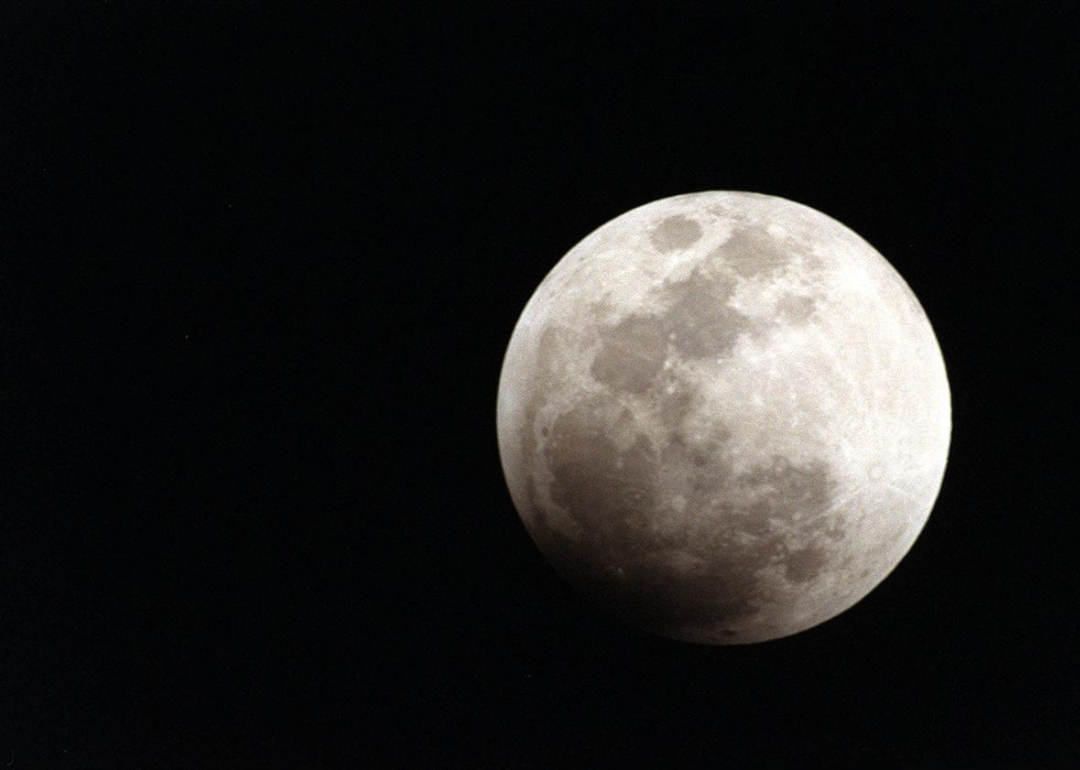 A blue moon is a second full moon in a calendar month. Since there are about 29.5 days between full moons it is an unusual, but not-so-rare phenomenon. Blue moons happen every 2.5 years in any given month, but never in February. 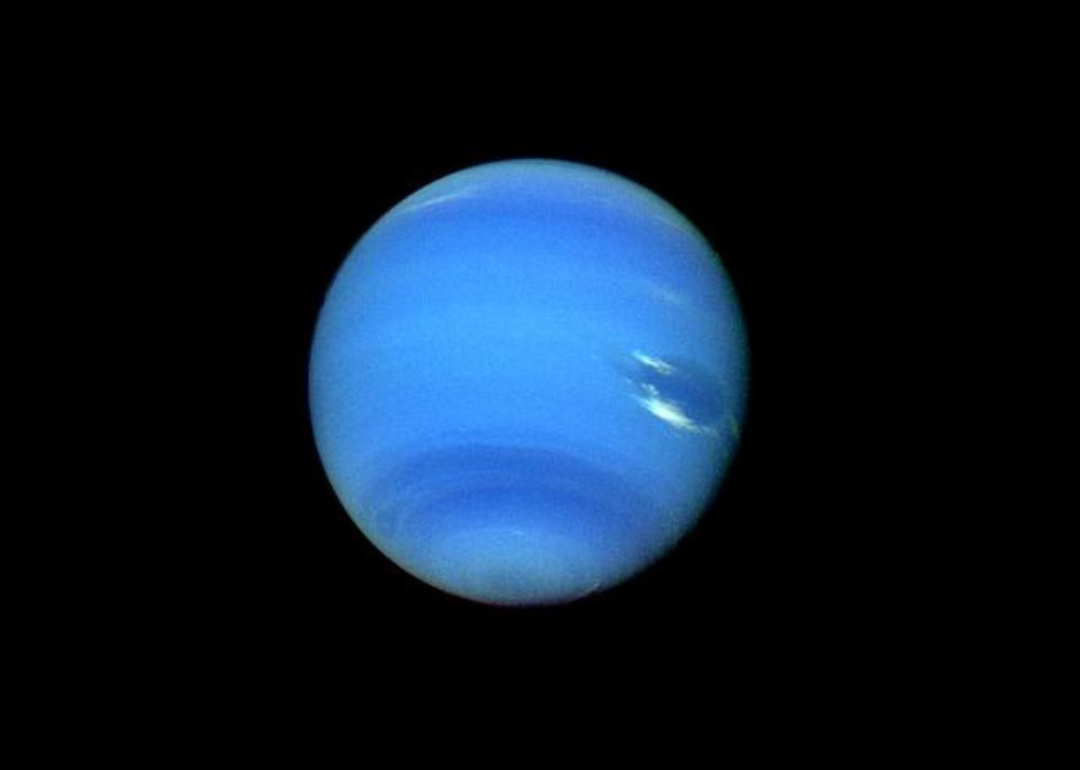 Neptune at opposition means it will be lined up with the sun and Earth. The furthest and darkest planet of the solar system will reflect linear sunlight, appearing illuminated and viewable from Earth, which will stand in the middle of the astral alignment. 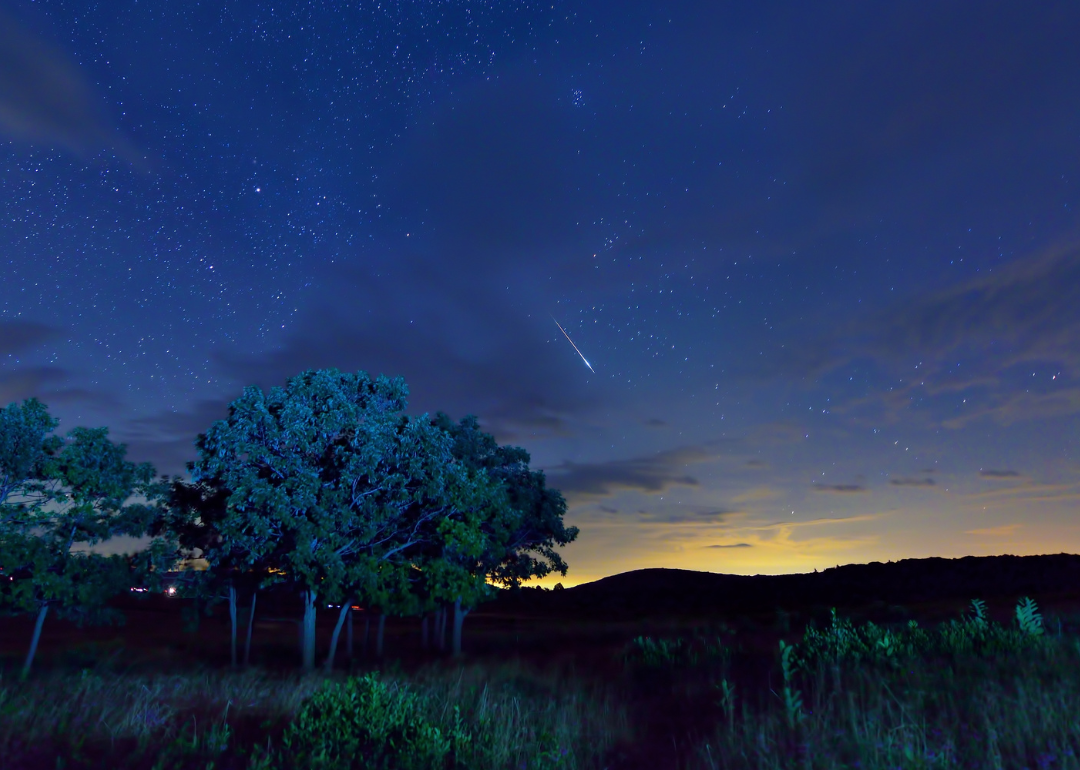 A small comet called 21P/Giacobini-Zinner, which takes about 6.6 years to orbit the sun, is responsible for the Draconids meteor shower. Every time the comet returns to the inner solar system, its nucleus sprays rock and ice into space, causing the phenomenon. Sadly, most years the shower is too weak to be noticed. 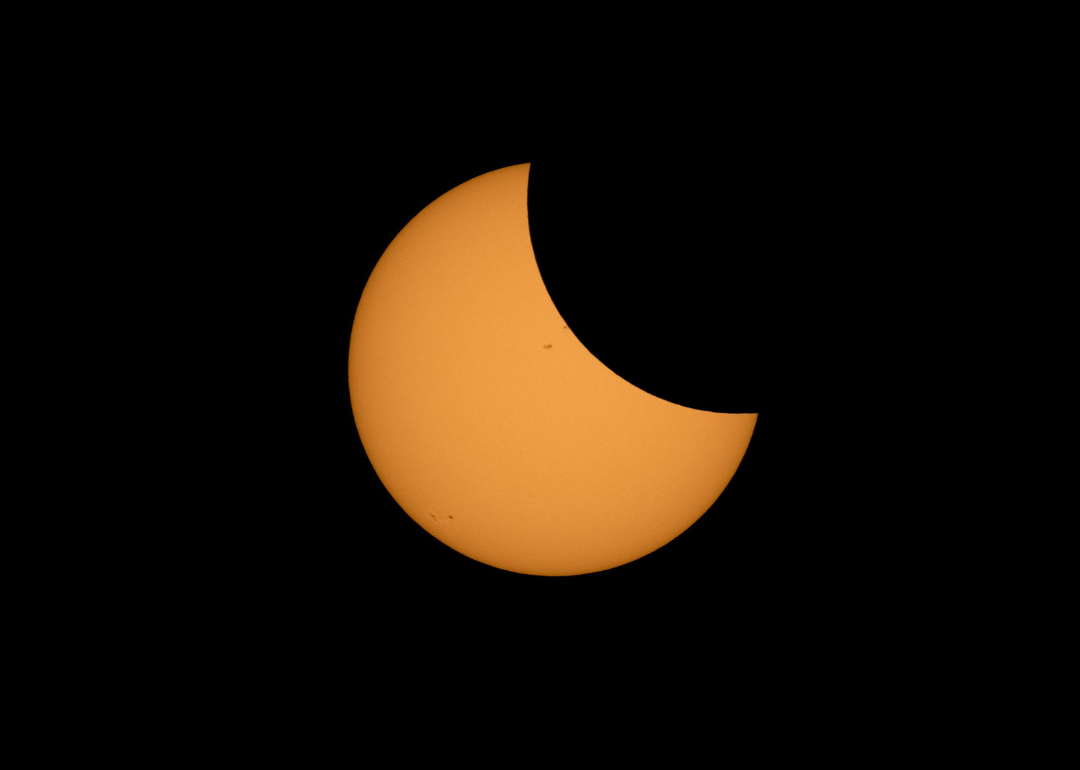 Millions of people in all latitudes of the Western Hemisphere will have a chance to witness one of space’s most mesmerizing spectacles: the annular solar eclipse of early fall 2023. Be aware that looking directly at the sun without proper eye gear can be harmful. To enjoy the eclipse safely, follow NASA’s safety guidelines.

You may also like: History of dogs in space 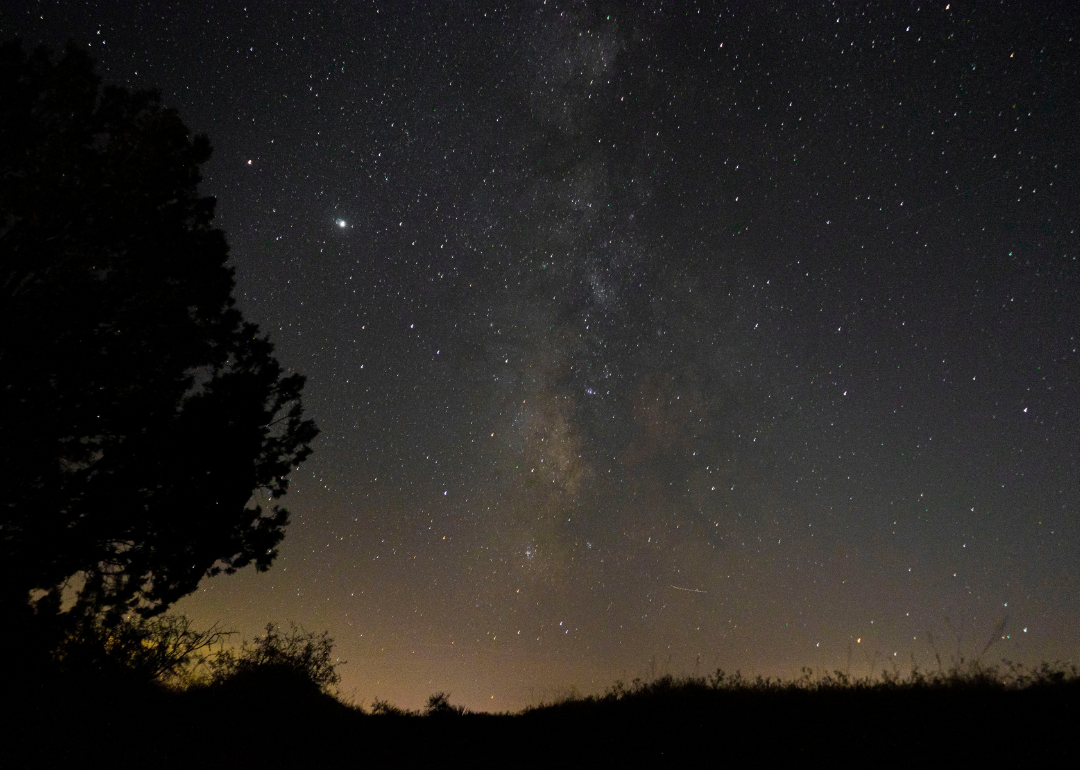 Find an area far from light pollution and prepare to see one of the best annual showers. The Orionid meteors are fast, luminous, and appear under some of the brightest stars, staging quite an astronomical show. 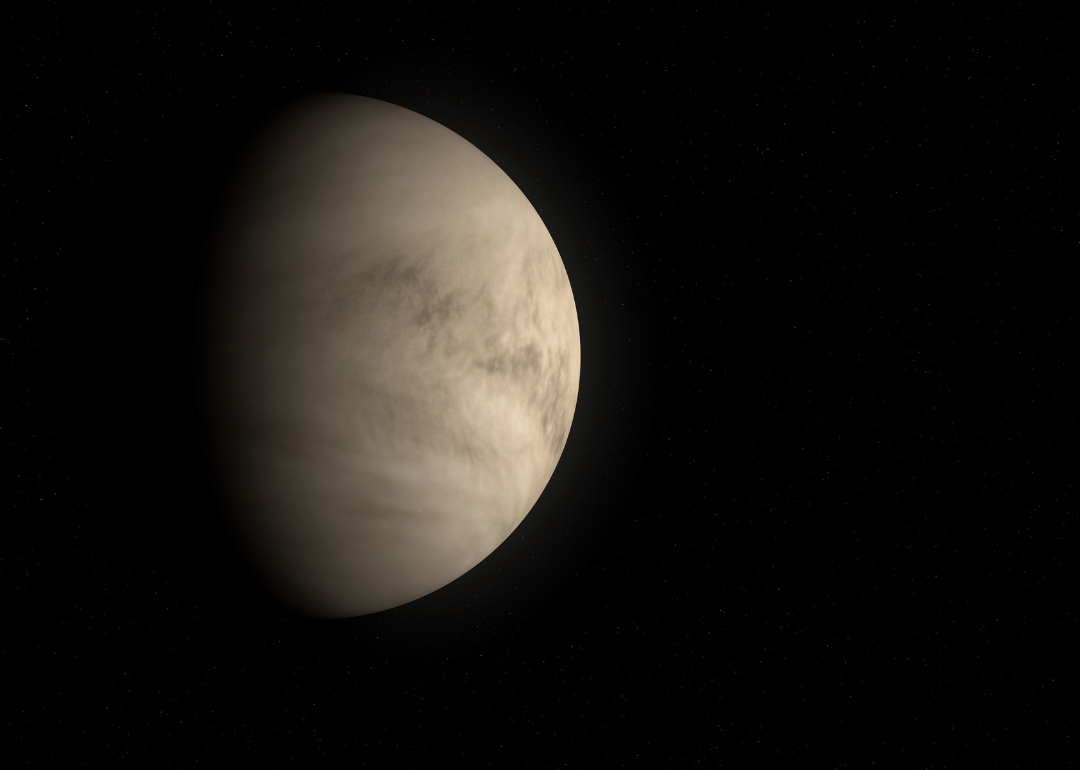 Venus orbits nearer to the sun than Earth, making it disappear into the star’s glare most of the time. Despite this, during its greatest elongation, it becomes the third-brightest object in the sky after the sun and moon. When it lies to the east, it will be in plain sight in the early evening twilight of Oct. 23. 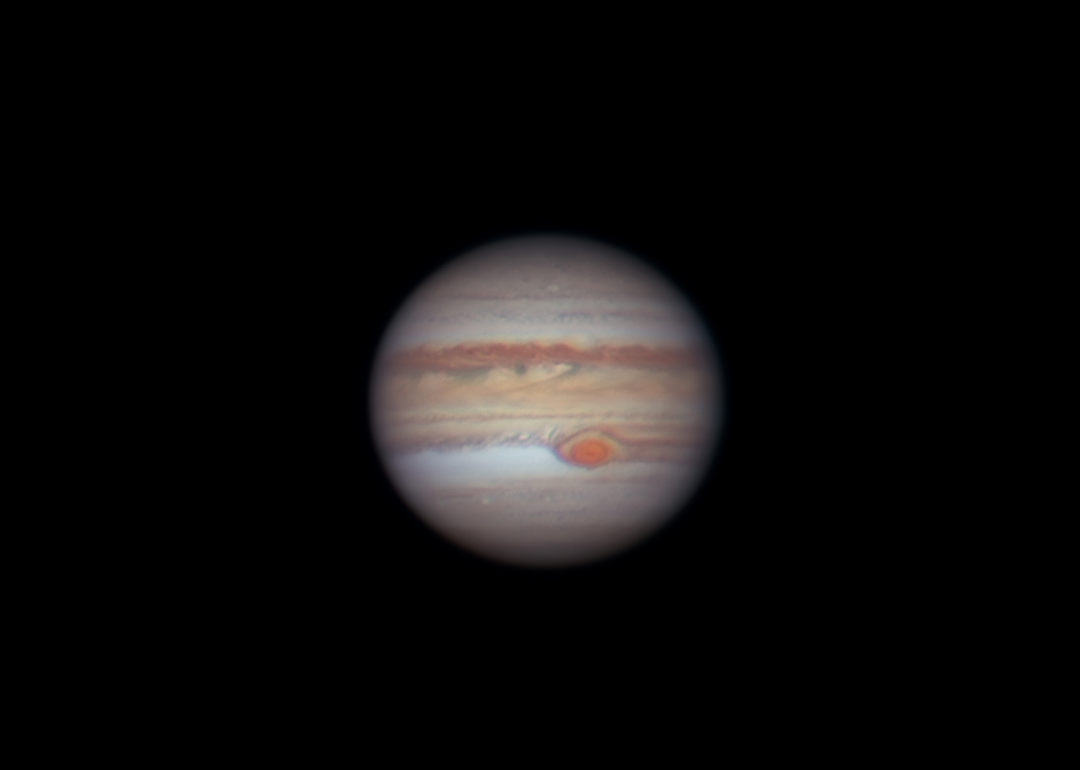 Only the planets beyond Earth’s orbit can be in opposition. One of them is the giant planet named after the king of ancient Roman gods. During the time when Earth lies directly between the sun and Jupiter, the latter will glow above the horizon during most of the night. 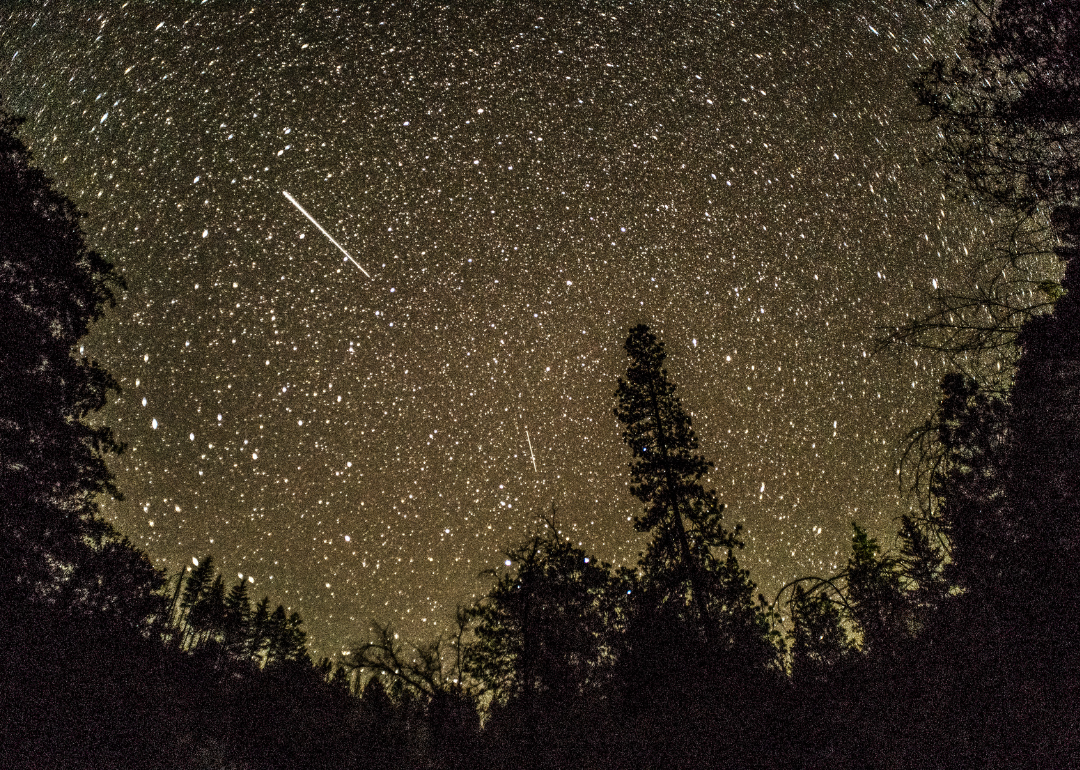 The Taurids are known for their fireballs, meteors as bright or even brighter than planet Venus. A shower formed by fireballs exhibits larger explosions of color and light that last longer than the train left behind by average meteor streaks. 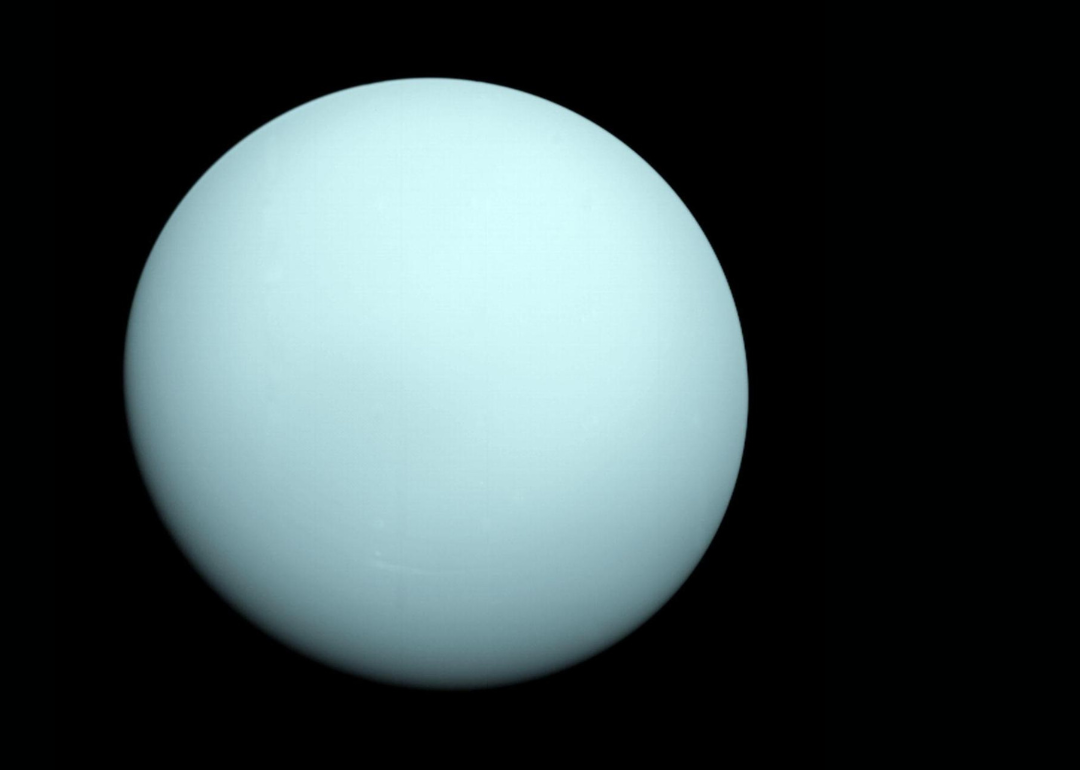 The striking blue planet will irradiate sunlight in mid-November when it aligns with the sun and Earth. When Uranus reaches opposition, it can be spotted at its brightest in the constellation Aries at midnight. Even so, it can be challenging to locate; chances are higher when using binoculars or a small telescope.

You may also like: 50 images of the universe from the Hubble Space Telescope 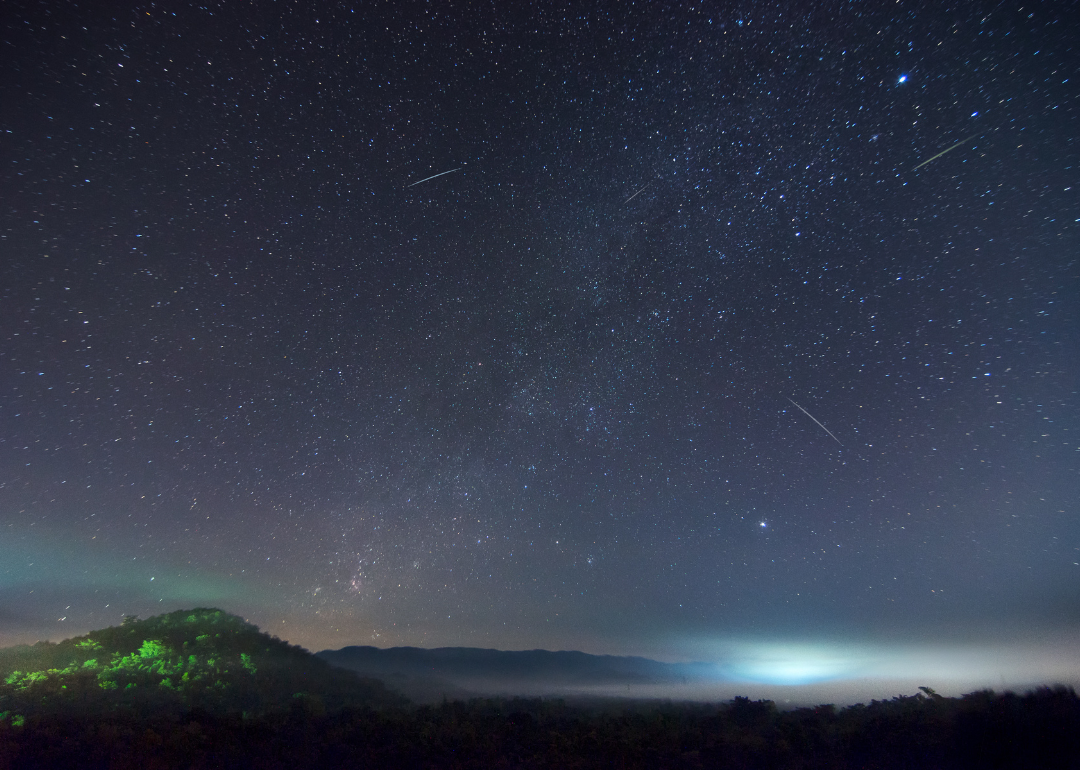 To catch a glimpse of the Leonids, find an area away from city lights, be prepared for the low temperatures of mid-autumn, lie down, orient your feet toward the east, look up, locate the Leo constellation and wait patiently. As soon as your eyes adapt to the dark, you’ll be watching the Leonids meteor shower. 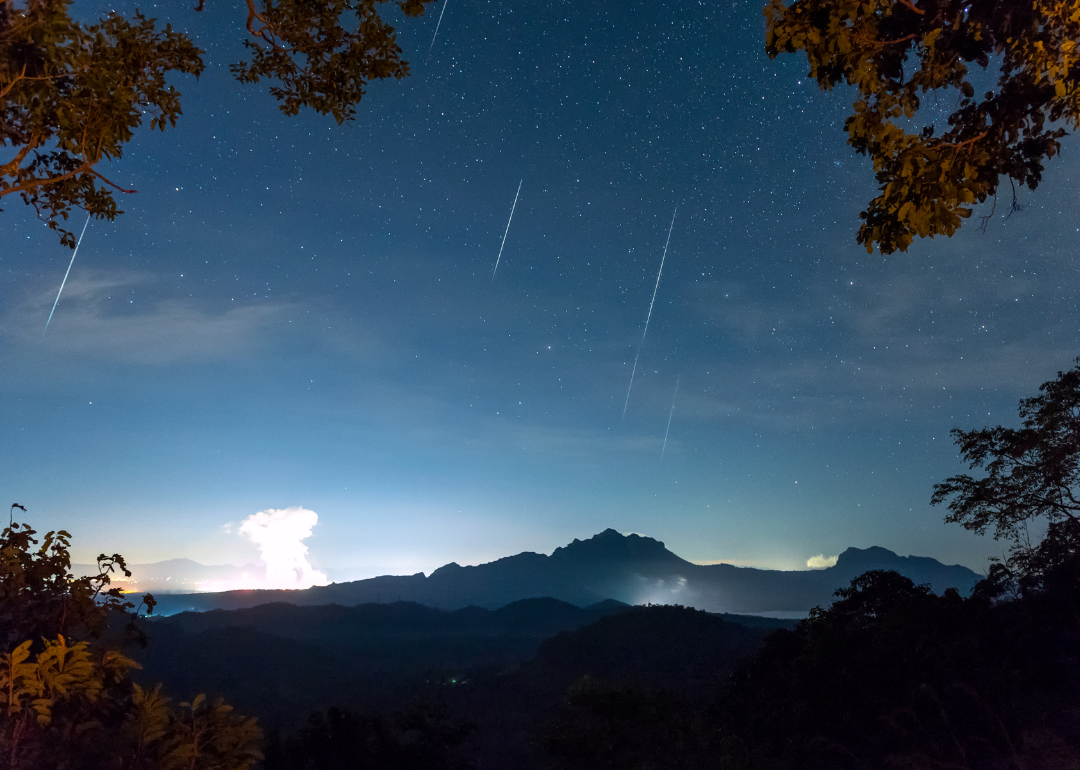 The first Geminids meteor showers appeared in the mid-1800s. In the beginning, they were not remarkable; only 10 to 20 meteors could be seen per hour. Over the years, the Geminids have become a major shower with 120 meteors per hour during its peak. 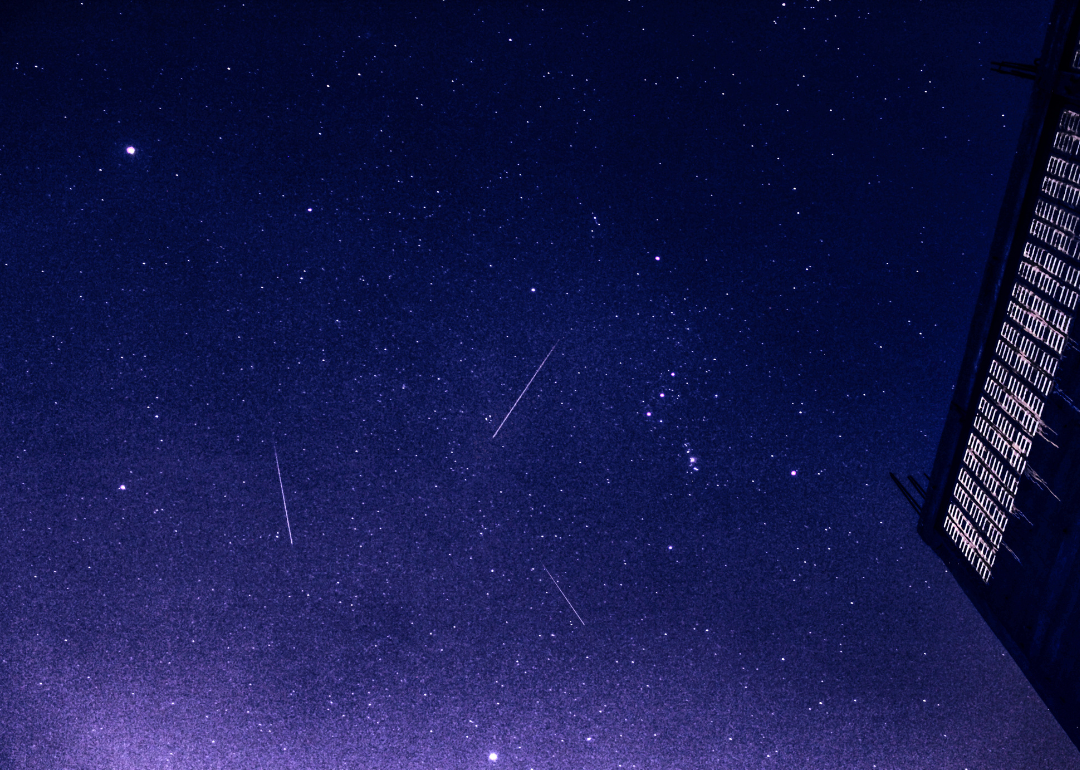 This low-key meteor shower is often neglected, possibly because it peaks around the pinnacle of the holiday season. Its hourly rate of meteors is much lower than the Geminids shower, which comes into view just a week earlier. Keep aware, nonetheless, since the stage of the moon will determine which shower will be most visible.