FAYETTEVILLE, Ark. - What was meant to be a quick trip to the store quickly turned into a nightmare for one woman in Arkansas.

Trapped in a car in the middle of Interstate 49, Kelly Swisher had a four-foot-long rat snake fall from her dashboard onto her feet on Thursday.

"As soon as it landed on my feet, I felt it," Swisher said. "It was rough and scaly. As it slithered across my feet, it was the nails-on-a-chalk-board kind of thing." 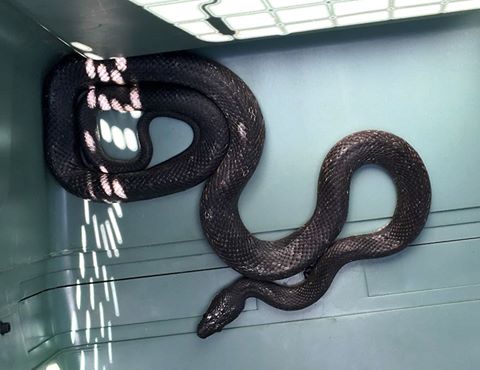 Swisher said she could not remember what happened after the snake fell on her legs.

"I do not know if I had my hands on the steering wheel or not," Swisher said. “I am not the most flexible person in the world, but I can guarantee my knees were up next to my ears."

In what may have been the oddest 911 call of the day, Swisher pleaded for help, but before the snake could be removed it disappeared into the dashboard again.

Swisher braved the situation though, and got back into the driver’s seat. She just hoped the snake would stay in the dashboard until she could get off the interstate.

"That did not work out either," Swisher said. "Here he comes, and he wound up in the back seat of my car."

The Washington County Sheriff’s Office called out animal control and eventually the snake was caught. 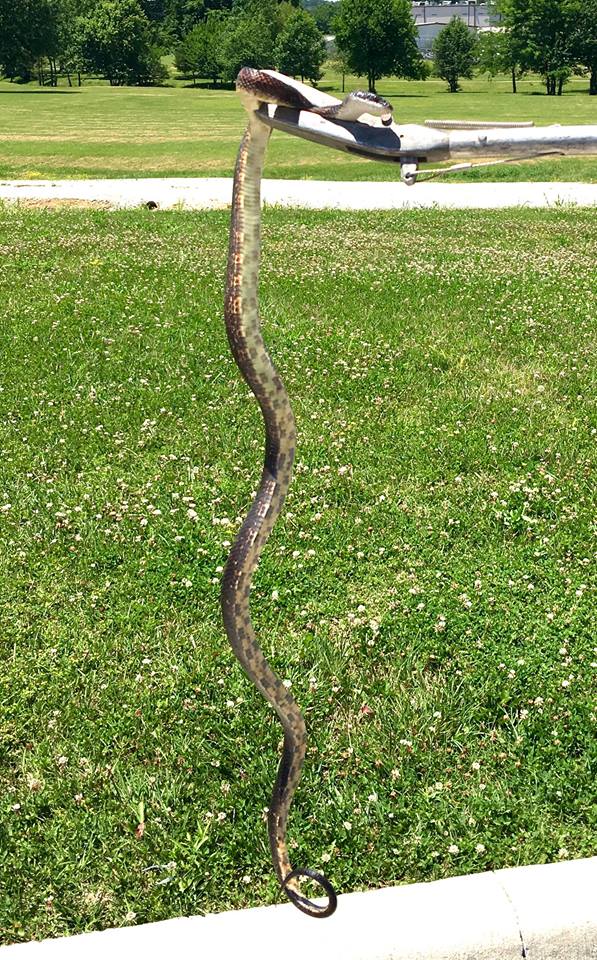 Swisher said she is just glad the situation was resolved safely.

But she said she will watch her feet more closely.

Rat snakes feed primarily on rodents and birds and are one of the most popular reptile pets in the world. Bites are rarely serious and generally the snakes pose no threat to humans.

ST. LOUIS – It's a violent year in St Louis. Two more women were killed in separate shootings on Monday.

James Clark from the St. Louis Urban League attributes part of the problem to the inability of many young men to peacefully resolve their issues with women.

O'FALLON, Mo. (AP) — An eastern Missouri teenager pleaded not guilty in the shooting death of a 13-year-old boy.

Seventeen-year-old Dylan Woolbright, of O'Fallon, is charged with involuntary manslaughter and armed criminal action in the May 9 shooting of Owen Fielder.

ATLANTA (AP) — A top Georgia elections official on Tuesday lashed out angrily at the rhetoric surrounding the election and the threats of violence that have resulted, specifically calling on President Donald Trump to rein in his supporters.

Gabriel Sterling is a Republican who oversaw the implementation of the state’s new voting system. During a routine news conference at the state Capitol to provide an update on the recount of the presidential race requested by Trump, Sterling admonished the president and Georgia's two U.S. senators, who are both locked in tight runoff races against Democrats and have called on GOP Secretary of State Brad Raffensperger to resign over claims that he mishandled the election.

If you traveled for Thanksgiving, ‘assume you were exposed,’ Birx says