FLORIDA– Seven college-age people, some who came to Panama City Beach, Florida, for spring break, were wounded in a late-night shooting, the Bay County Sheriff’s Office said in a press release.

Officers met “complete chaos” when they tried to find out what happened not long after midnight Friday, Sheriff Frank McKeithen told CNN affiliate WMBB when interviewed on the scene.

Video showed the streets teeming with young people. Three people with gunshot wounds were found inside a house, one outside the house, one in the median of the road and two on the other side of the road, the sheriff’s office said in a press release.

“We have about 100 witnesses or so that we are trying to separate and interview,” McKeithen told WMBB. “We have a mess.”

The scene was so mixed up that deputies from five adjacent counties and officers from the Florida Highway Patrol and Panama City Beach police were called in to assist. The shooting occurred at a residence on Thomas Drive, the main drag in the beach town.

Several of the victims were students from Alabama A&M University who were visiting town for spring break, the sheriff’s office said. They’re between 20 and 22 years of age.

During February and March, up to six million young people visit Panama City Beach, which some have been dubbed “the Spring Break Capital of the World.” The Panhandle town has a resident population of about 12,000.

Some of the young people were shot multiple times. They were taken to area hospitals, where three were listed in critical condition and three in stable condition, the sheriff’s office said. The seventh person was in surgery when the press release was issued and no update on his condition was provided. 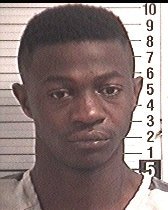 Authorities arrested David Jarmichael Daniels, 22, of Mobile, Alabama, on seven counts of attempted murder. A .40-caliber pistol was found in the backyard of a residence.

Officials did not mention a possible motive.

The shooting was one of six firearms-related incidents of the night, with four guns seized in drug cases, the sheriff’s office said in a press release. Other details were not provided.

On Saturday night, the Panama City Beach City Council held a special meeting to talk about the violence.

“It’s time to stop the bloodshed,” said council member Keith Curry, according to WMBB. “We’re lucky that we don’t have seven dead people.”

The council considered banning alcohol on the beach through mid-April, but that measure was voted down, WMBB said. The council approved more funding for extra enforcement on the beach.

Dr. Kelvin Adams, the superintendent of the St. Louis Public School District, says he’s still waiting for more information but hopes to begin getting the shots for staff this spring.

ST. LOUIS COUNTY, Mo. – All northbound lanes of Interstate 170 were closed Sunday at Airport Road evening due to a fatal crash.

COVID hospitalizations remain high in Missouri, but case numbers are trending in the right direction

Third stimulus check: Here’s when you might get a $1,400 direct payment