COLLINSVILLE, Ill. – Collinsville police are asking for the public’s help in locating a man who robbed a local gas station at gunpoint Sunday morning.

According to Lt. Gary Scaggs, a spokesman for the Collinsville Police Department, the robbery occurred just before 6:55 a.m. at the 4-0-2 Quick Shop on S. Morrison Avenue.

Police learned a man walked into the convenience store, displayed a gun, and demanded money from the register. 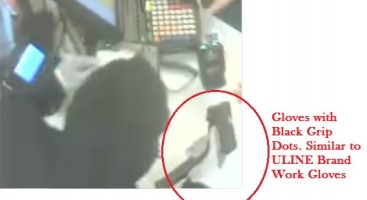 Scaggs said the suspect should be considered armed and dangerous.

TTEC said someone in this role will have the same benefits, training and customized support as those who work in their physical locations. They are proud to employ military veterans, active duty guard or reserves and military spouses.

SPANISH LAKE, Mo. - The search continues for the suspects who killed a 25- year-old man who died almost two months after he was shot at Spanish Lake gas station. Police believe Sterling Beasley was an innocent bystander.

ST. LOUIS- Enterprise announced today it is making a $120 million commitment to help advance social and racial equity as well as combat hunger around the world.

Operation Food Search sees biggest demand ever due to pandemic

R. Whittington Foundation delivers 1,500 turkeys to the doorsteps of families in need

St. Francois Co. Health Director steps down after threats made to her family over coronavirus measures taken

Home for the Holidays Sweepstakes