ST. LOUIS, MISSOURI (KTVI) – As Mardi Gras celebrations roll on Saturday,  the St. Louis Fire Department rushed to the scene of balcony collapse. A spokesperson for the department says five people were injured in the collapse Saturday afternoon around 4:45 pm. It happened at a residence in Soulard at 10th and Lami Street.

Captain Favre says the injured were transported to the hospital with serious to minor injuries. All of the injuries were non-life threatening.

An investigation into the cause of the collapse is ongoing.

The St. Louis Police department said they had a heavy presence in the area with various officers serving in uniform and undercover, with officers working the festivities in the Soulard area. Police were looking for under-aged drinkers, parking violations and public urination. 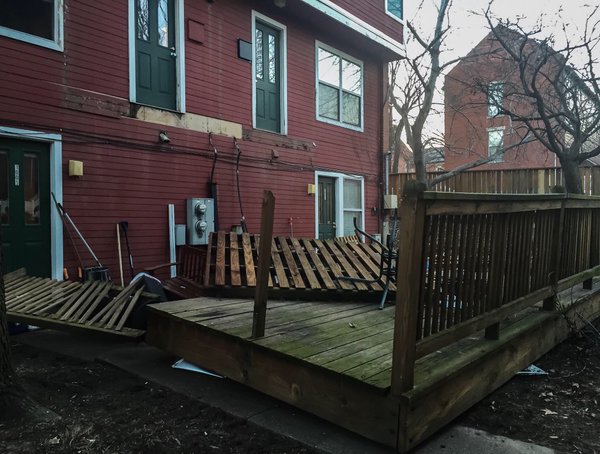 In heavy #MardiGras crowds, @STLFireDept got collapse rescue crews & EMS to this deck collapse in under 3 mins. #StL pic.twitter.com/FciTD9SaFG