Skip to content
Breaking News
Breaking News
Map of St. Louis area COVID-19 cases – MO: 1,051 deaths/ 25,999 cases IL: 7,119 deaths/ 150,450 cases.
This is an archived article and the information in the article may be outdated. Please look at the time stamp on the story to see when it was last updated.

ST. CHARLES COUNTY, MO – New regulations are on the way for ice cream trucks in St. Charles County, nine months after a young girl was hit and killed by one. On Monday evening her grief-stricken family spoke out at a county council meeting, pushing for change regarding the safety features of the ice cream trucks. The loved ones of Felicity Karam, 2, said they believe if the regulations would have been in place at the time, their daughter would still be alive. 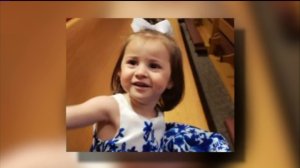 The tragedy took place in September of 2018 in a Wentzville neighborhood. Police said the little girl was hit by the ice cream truck when she crossed in front of it as it started driving forward.

Fox 2 spoke to Joe Cronin, Councilman for District 1, who has been putting together the new proposed regulations for months. It passed unanimously on Monday night.

He said the new rules will require front passenger side mounted mirrors like you see on school buses, signage that warns drivers children could be nearby, reverse backup alarms, rear viability for the driver and more. Cronin said he also was in contact with the ice cream companies during the work on the new bill because he said nobody wants to see an incident like this one happen again.

He said all of the new safety features will only cost around $200 to $300 per ice cream truck. Cronin said on Monday a state representative reached out to him and asked for a copy of the proposal because they want to look into making it a state law.

OLIVETTE, Mo. – A local business was born out of a mom looking for a job for her 21-year-old autistic daughter.

Adults with special needs are often left with few options for jobs once they reach 21 and no longer qualify for special services.

ST. LOUIS – The family of Ma’Lasia Pruitt stood on the parking lot where their loved one was murdered Wednesday night. They lit candles, brought balloon bouquets, and leaned on each other for support outside the Gen X store on Aubert Avenue in St. Louis’ Fountain Park Neighborhood.

TIJUANA (Border Report) -- More than three months after testing positive for the coronavirus, an outspoken Mexican governor has hesitantly confirmed he had COVID-19.

US government set to execute first federal inmates in 15 years

Economy may be stalling out as viral outbreak worsens

St. Louis region’s rise in COVID-19 cases is a trend, not just a blip

Photos: The tragic history of the ‘Glee’ cast

US government set to execute first federal inmates in 15 years