ST. LOUIS, MO (KTVI)- There’s plenty of economic activity now taking place as the world awaits the latest installment of the Star Wars film franchise. Tickets have been on sale for weeks and merchandise is flying off shelves.

But a case study released by a Washington University professor indicates that if real-world models were put to use, economic life in the Galactic Empire would not have been great after rebel forces managed to destroy a pair of Death Stars over a four year period, even if it freed the universe from the grip of The Emperor and Darth Vader. 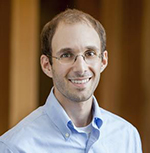 In “It’s a Trap: Emperor Palpatine’s Poison Pill​, Professor Zachary Feinstein draws some inferences based on quotes from the film series, but plugs movie factors into real-world equations to model the Galactic economy and measure the impact.

“For our analysis we will assume a relatively high-growth environment given the political situation, under the assumption the Empire was able to kickstart the Galactic economy. We can make this assumption as it provides a lower bound to the risks, i.e., a lower growth environment would have larger economic losses as a fraction of the economy. Let us assume an average GGP growth of 2%; GGP in 4ABY would have a value of approximately $6,090 QUINTILLION. This is a considerably high-growth rate for the Galactic Empire. We come to this conclusion because of the nonexistent technological progress for 25 millennia (Schedeen (2015)) but also the political instability evidenced by the Rebel Alliance’s existence.16 Further, we assume away the possible economic repercussions from the Battle of Yavin and the destruction of DS1 (Star Wars: Episode IV – A New Hope). Following the destruction of DS2, we will assume there are random losses to asset values due to the “terrorist” attack.”

Feinstein estimates a 20 percent drop in the market after the Death Star is destroyed and The Emperor and Vader are dead but that in the end the Rebels wouldn’t be armed with the political will or the capital to finance a bank bailout. “Without a bailout, there was a non-negligible chance of over 30 percent drop in the size of the Galactic Economy overnight–larger than the losses from the Great Depression over 4 years,” he said in a University news release.

ST. LOUIS, Mo. - The Missouri Department of Elementary and Secondary Education says that there is a shortage of substitute teachers and that the pandemic has made the problem worse. They changed the certification process so there are fewer hours of education required. Now they can be approved sooner. The certification process ends in early November instead of December 31.

For years, the state of Missouri has endured a teacher shortage, but state leaders say COVID made the lack of educators more prominent. The Department of Elementary and Secondary Education (DESE) is making it easier to become a substitute teacher and spending millions to address the teacher shortage.

CHICAGO-- Illinois Gov. JB Pritzker and health officials are scheduled to hold a briefing this morning.

Illinois’ COVID-19 testing positivity rate sits at 2.1%. In March, when the first mask mandate expired, the rate was 2.8%.

ST. LOUIS – A 44-foot long boat that first became trapped on the Chain of Rocks on Oct. 5 is still stuck in the middle of the Mississippi River nearly two weeks later.

Supporters push for $1.26M in federal funds to get Loop Trolley in service again

Someone from St. Louis won $50,000 from a lotto scratchers game

You’ll own a fleet of St. Louis Metro buses if you win this auction