Hopkins, 33, was shot and killed Friday executing a search warrant in East St. Louis.  He was taken to Saint Louis University Hospital after he was shot. Police announced that he had died later that day.

Thousands gathered along the route to watch the procession pass, as Hopkins’ body was transported from the St. Louis Medical Examiner’s Office to his hometown.

A large contingent of officers driving motorcycles led the way.

In a large show of support, St. Louis city and county police lined southbound I-55 and blocked exit ramps so the way home would be uninterrupted. Firefighters lined city overpasses, saluting the 33-year-old trooper.

As the procession crossed into Illinois, the crowds grew larger. Ordinary citizens with American flags in hand crossed their hearts as the hearse passed.

In Columbia, Illinois, high school students joined a large group of citizens to pay their respects. Construction workers stopped their work to line the highway. Signs at businesses paid tribute with messages of support for Hopkins and his family.

As Trooper Hopkins came home, firefighters stood at attention outside shopping centers as the crowd waved American flags. Students at Gibault High School lined the route as the procession made the turn.

The procession stopped at the officer’s Waterloo home before slowly traveling into the small community he loved. It seemed everybody in town came out to honor their fallen son.

The show of respect and support leaving a lump in your throat. There are tough days ahead for the officers young family, parents, brother, sisters, and friends.

Hopkins was raised in Waterloo. He and his wife, Whitney, were raising their young twins, Evelyn and Owen, along with their baby sister, Emma.

Whatever else anyone might have had to do Monday, it just had to wait.

“Watching it pass it brought tears to my eyes,” said Katelyn Schanuel, who stood across from Waterloo City Hall with two of her young children.

She was far from the only one.

Visitation for Trooper Hopkins is set for Saturday, August 31 from 3 p.m. to 9 p.m. at Waterloo High School, 505 East Bulldog, Waterloo, Illinois. A first responder and military walkthrough will begin at 6 p.m. The funeral service is Sunday, September 1 at 10 a.m., also at Waterloo High School. Interment services had not yet been finalized.

The man accused of killing Trooper Hopkins, Christopher Grant, was charged with first-degree murder. Grant is being held in the St. Clair County jail on a $5 million bond.

Bommarito Automotive SkyFOX captured these images of the procession from Missouri to Illinois. 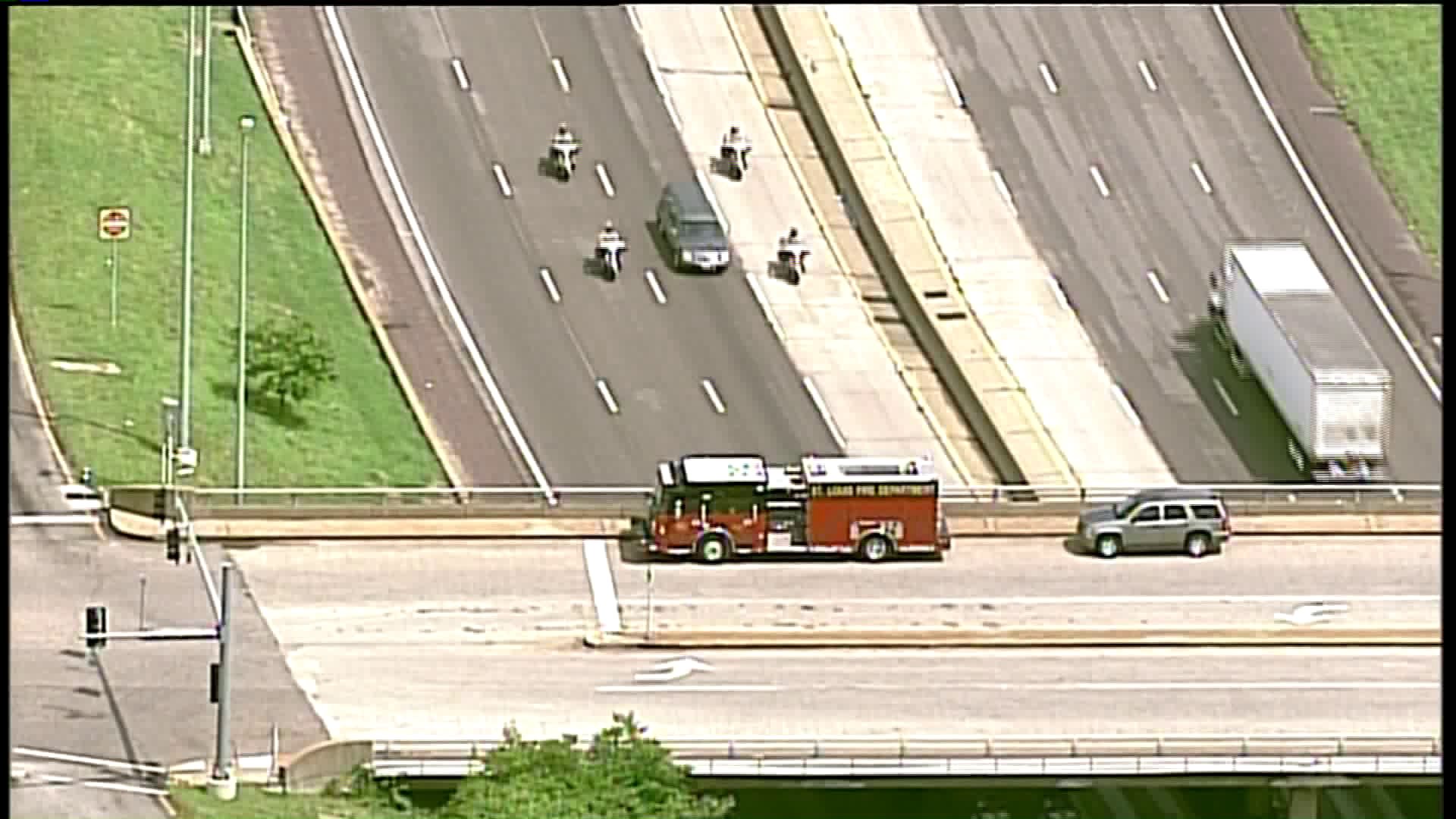 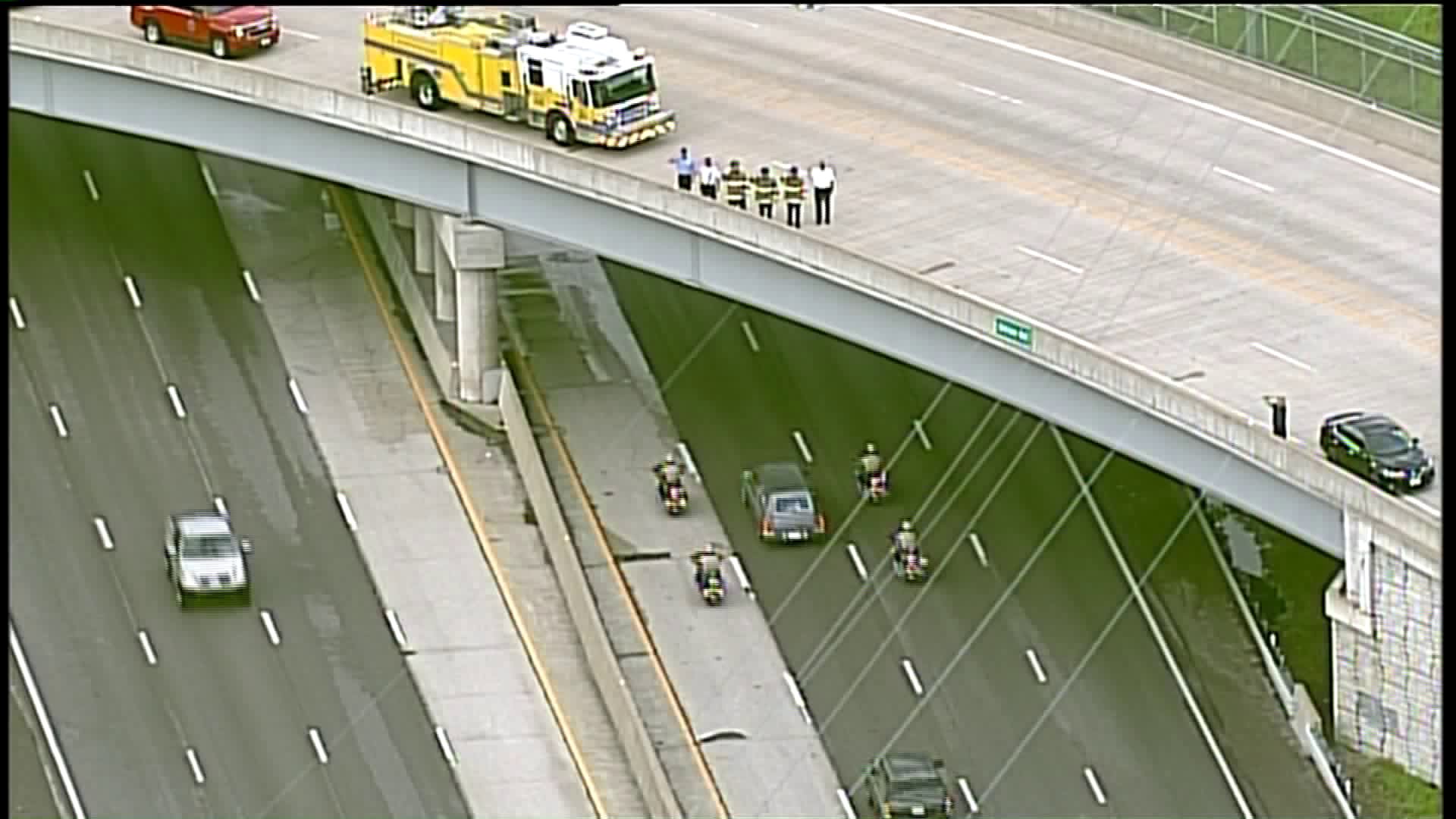 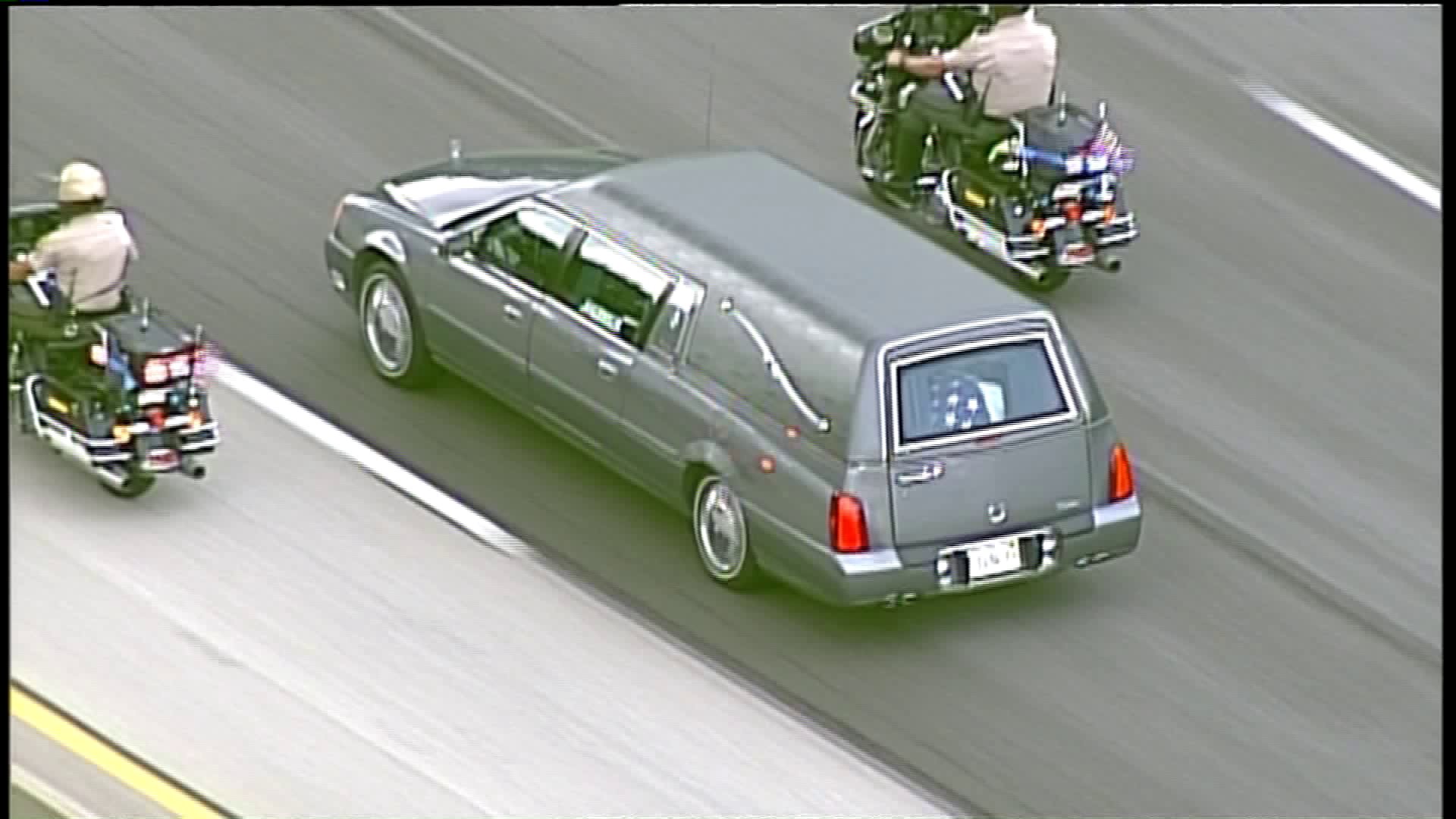 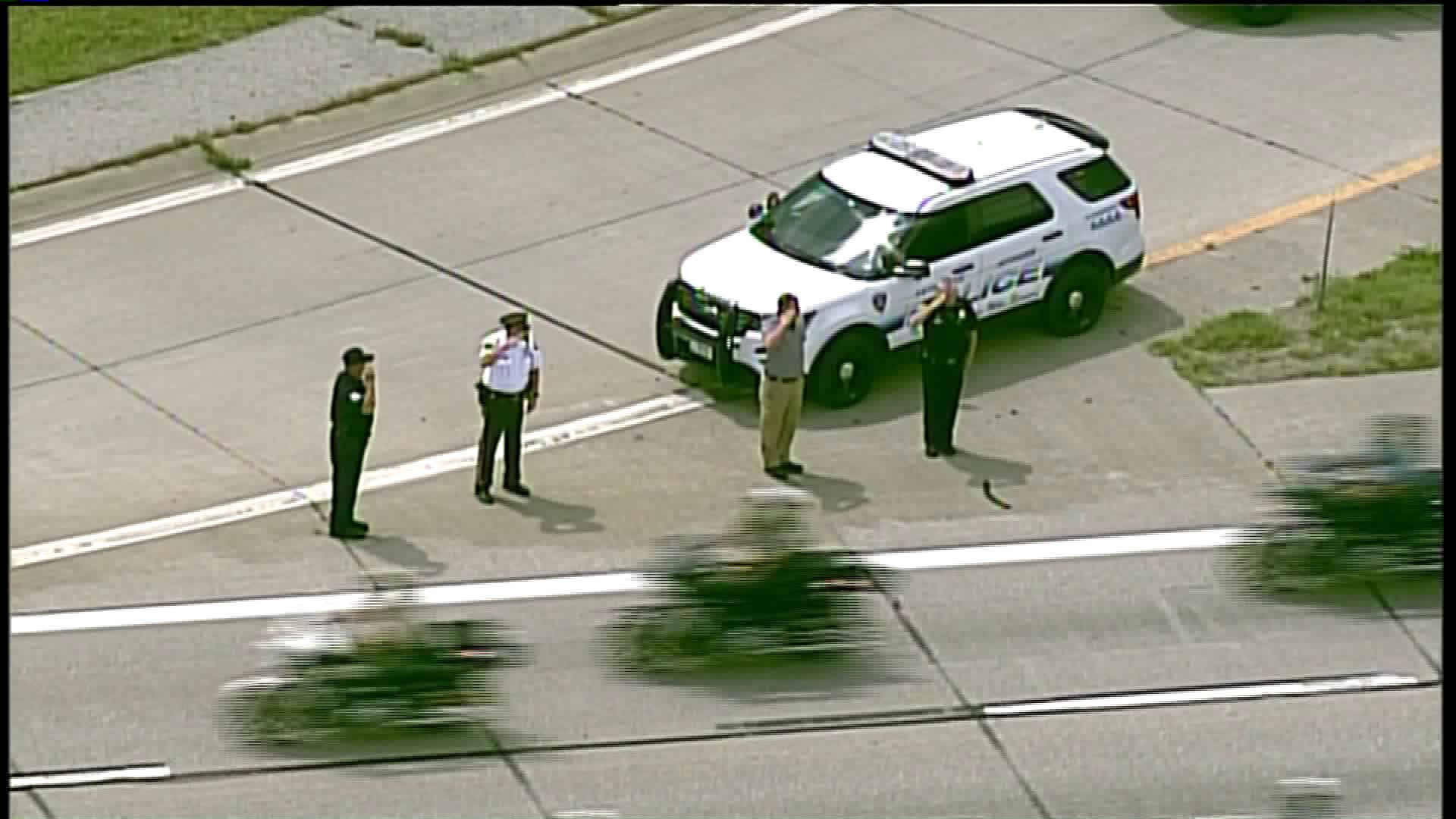 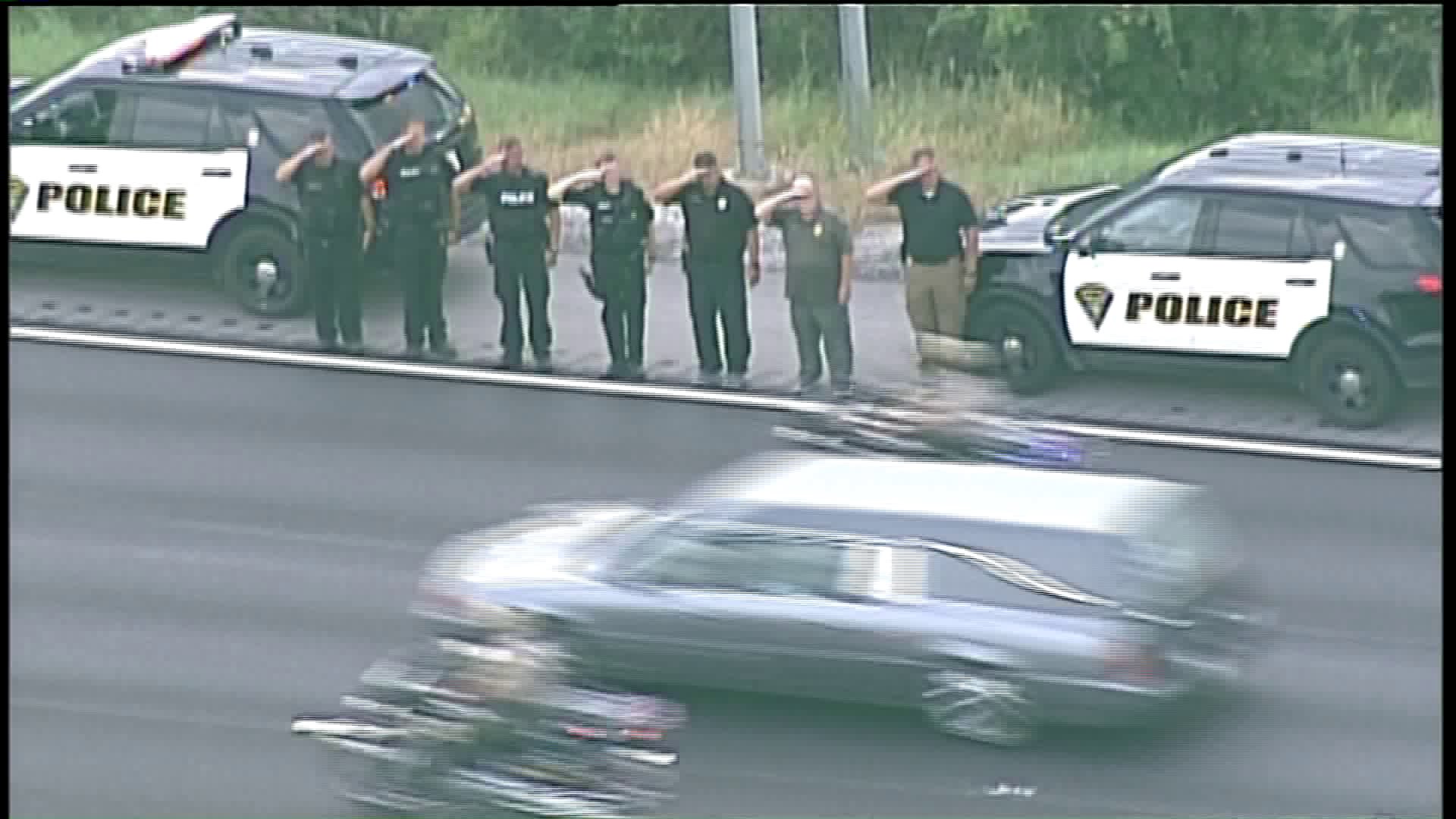 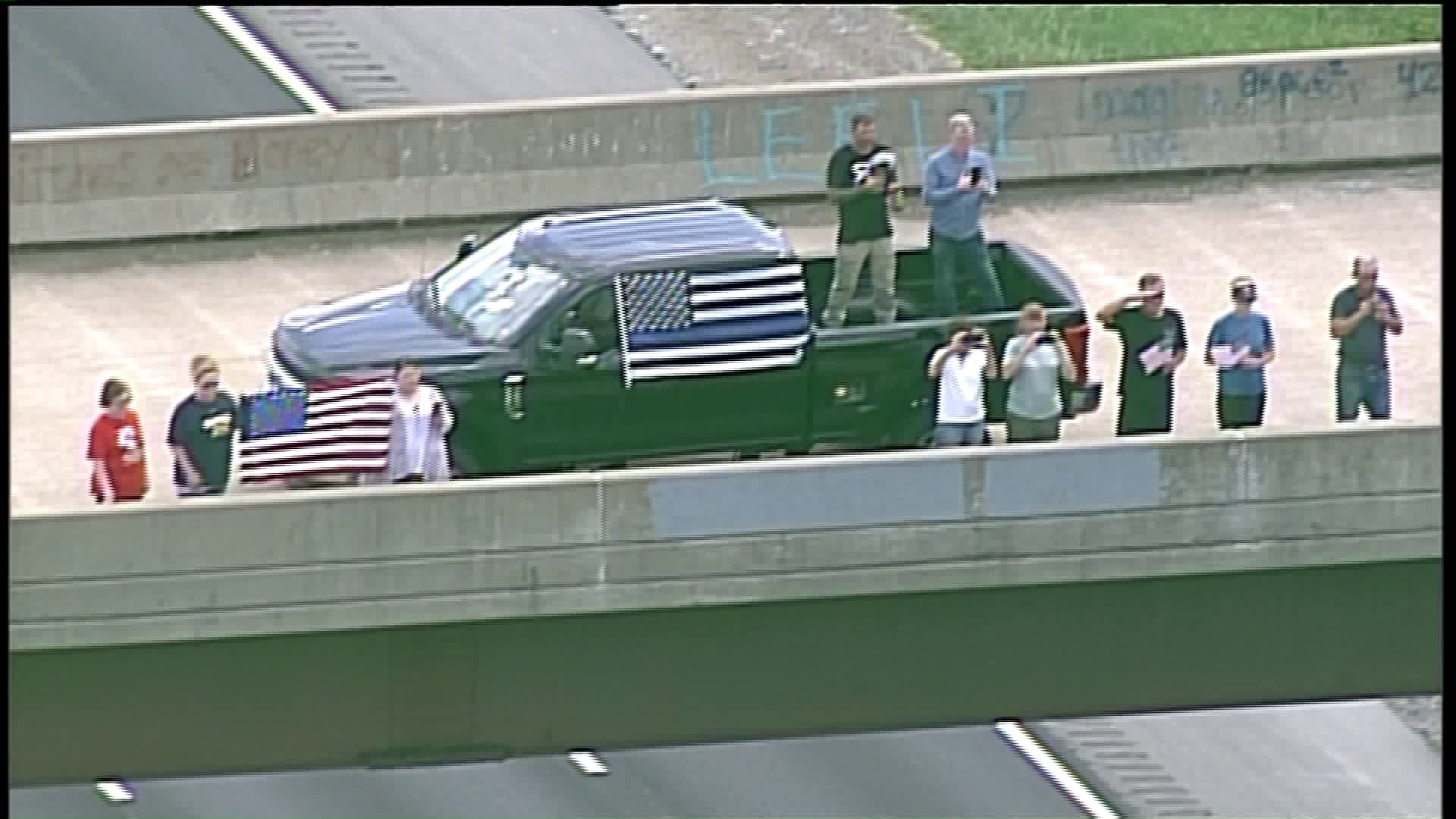 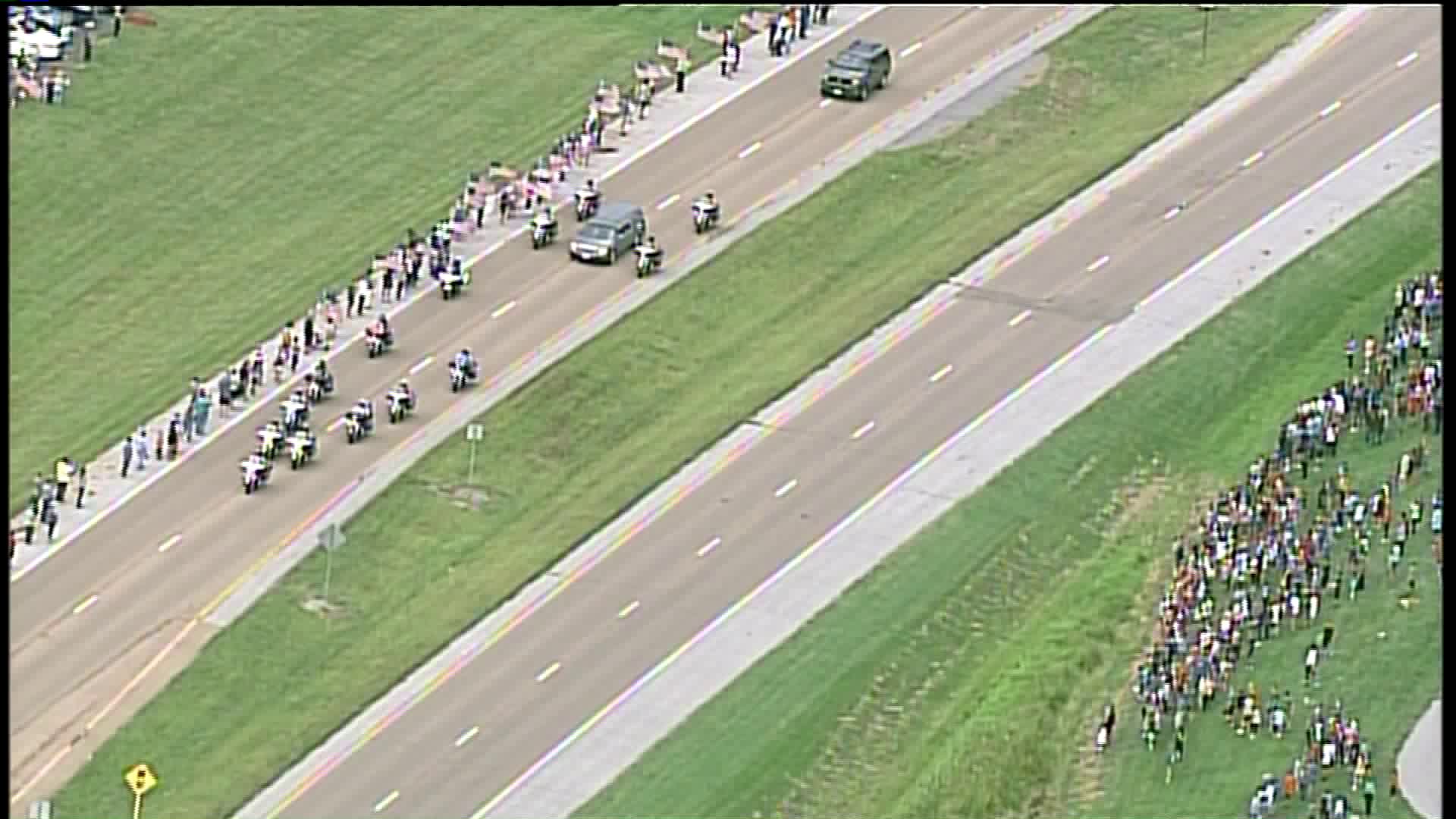 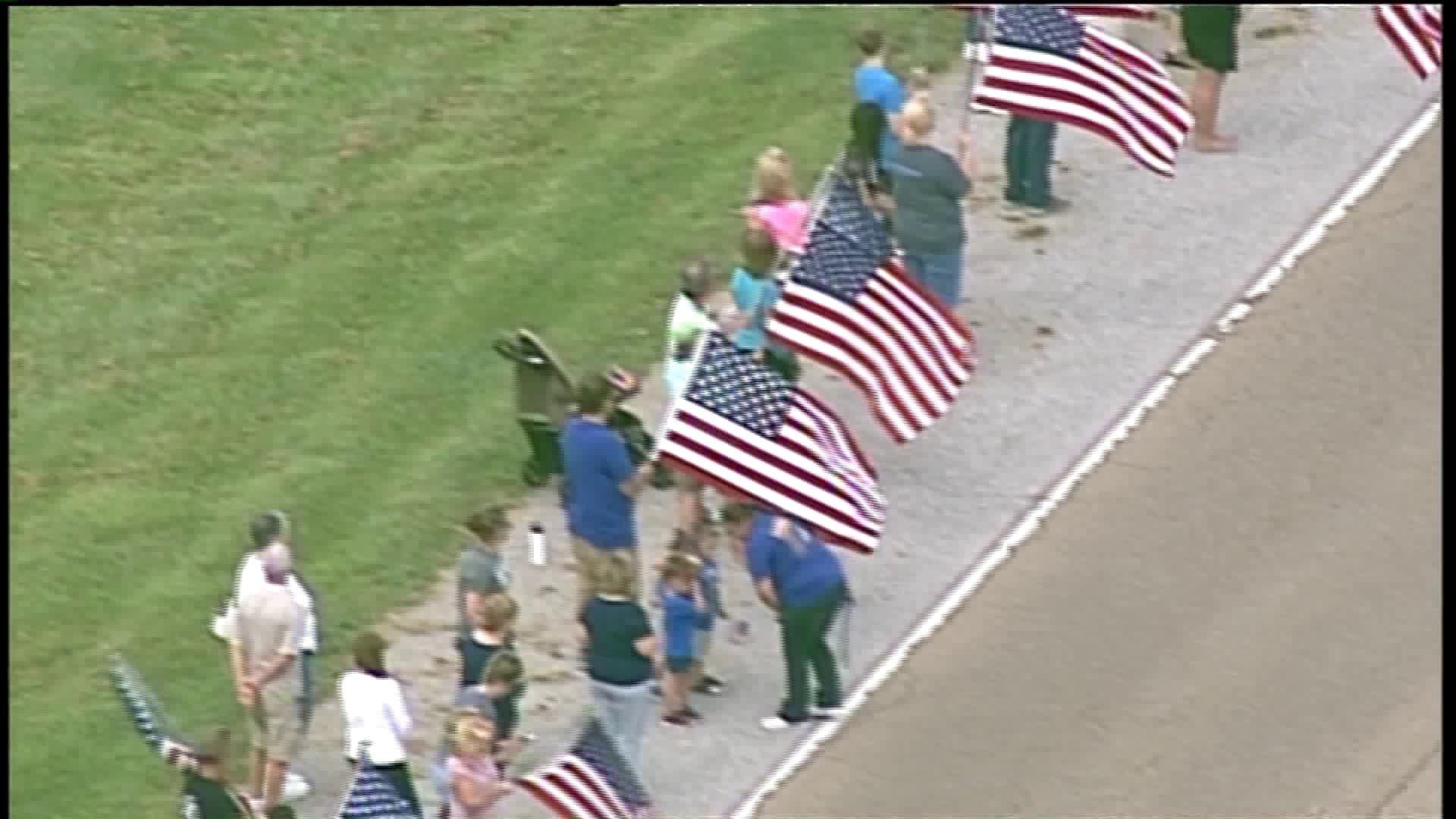 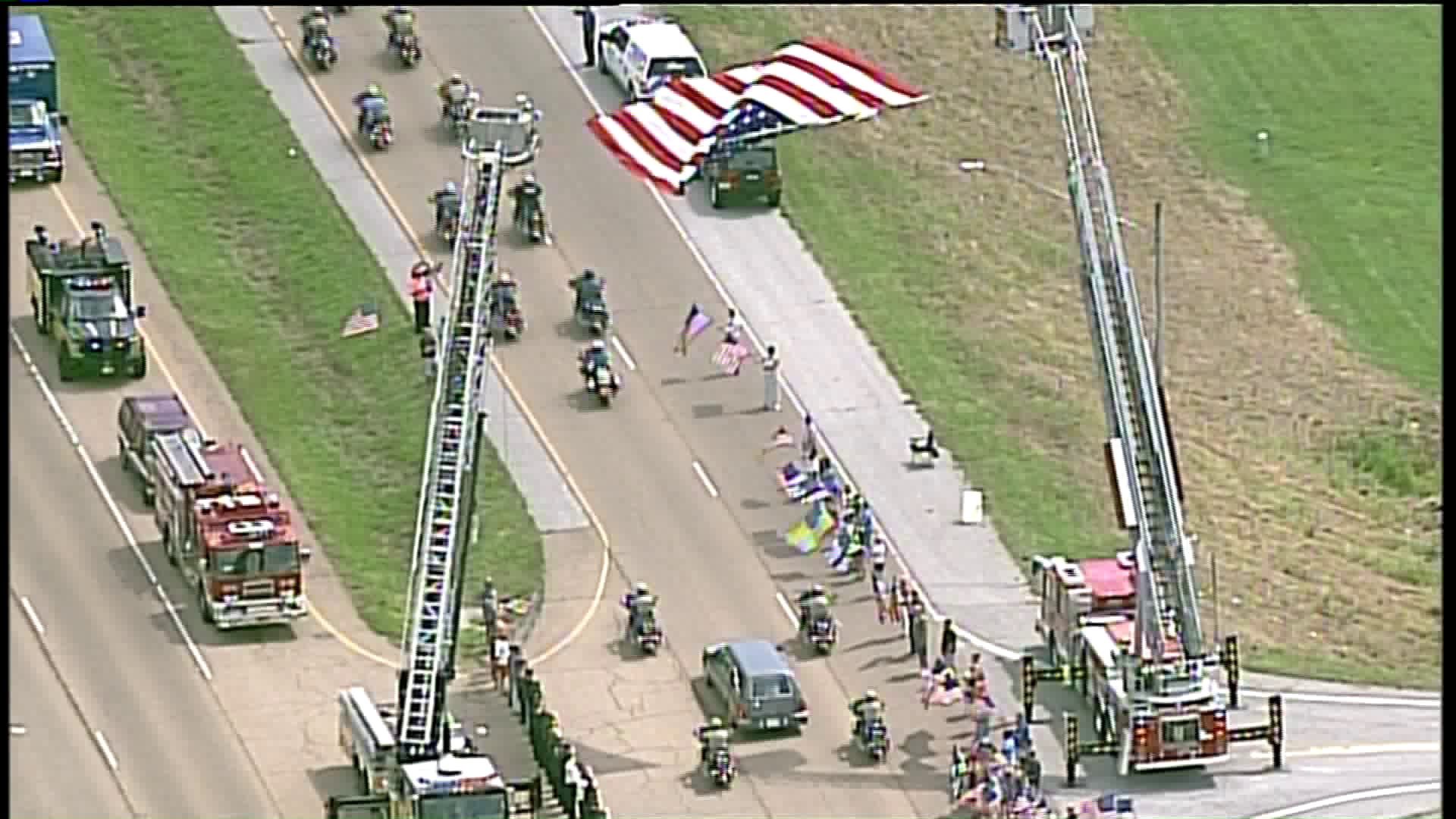 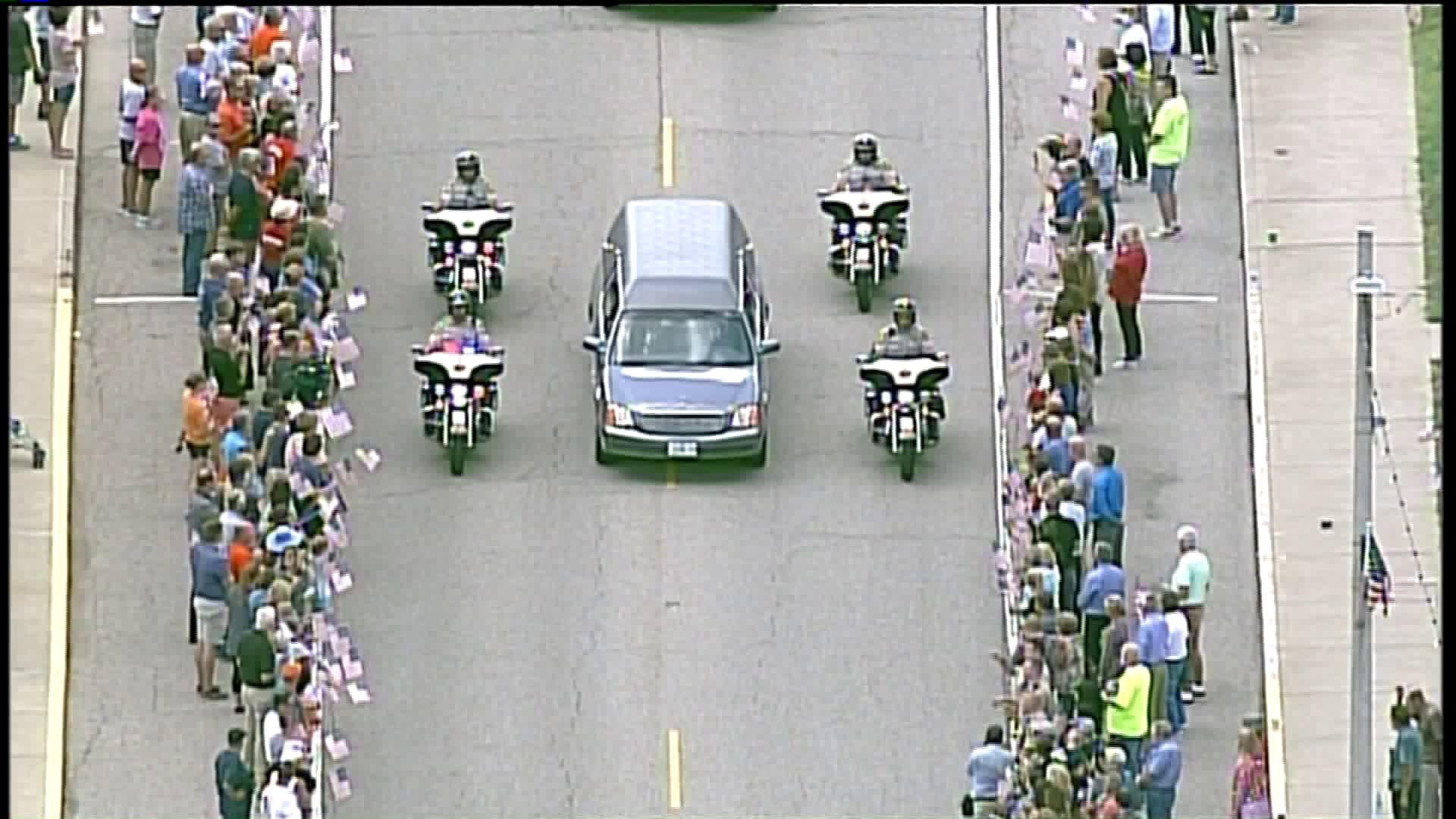 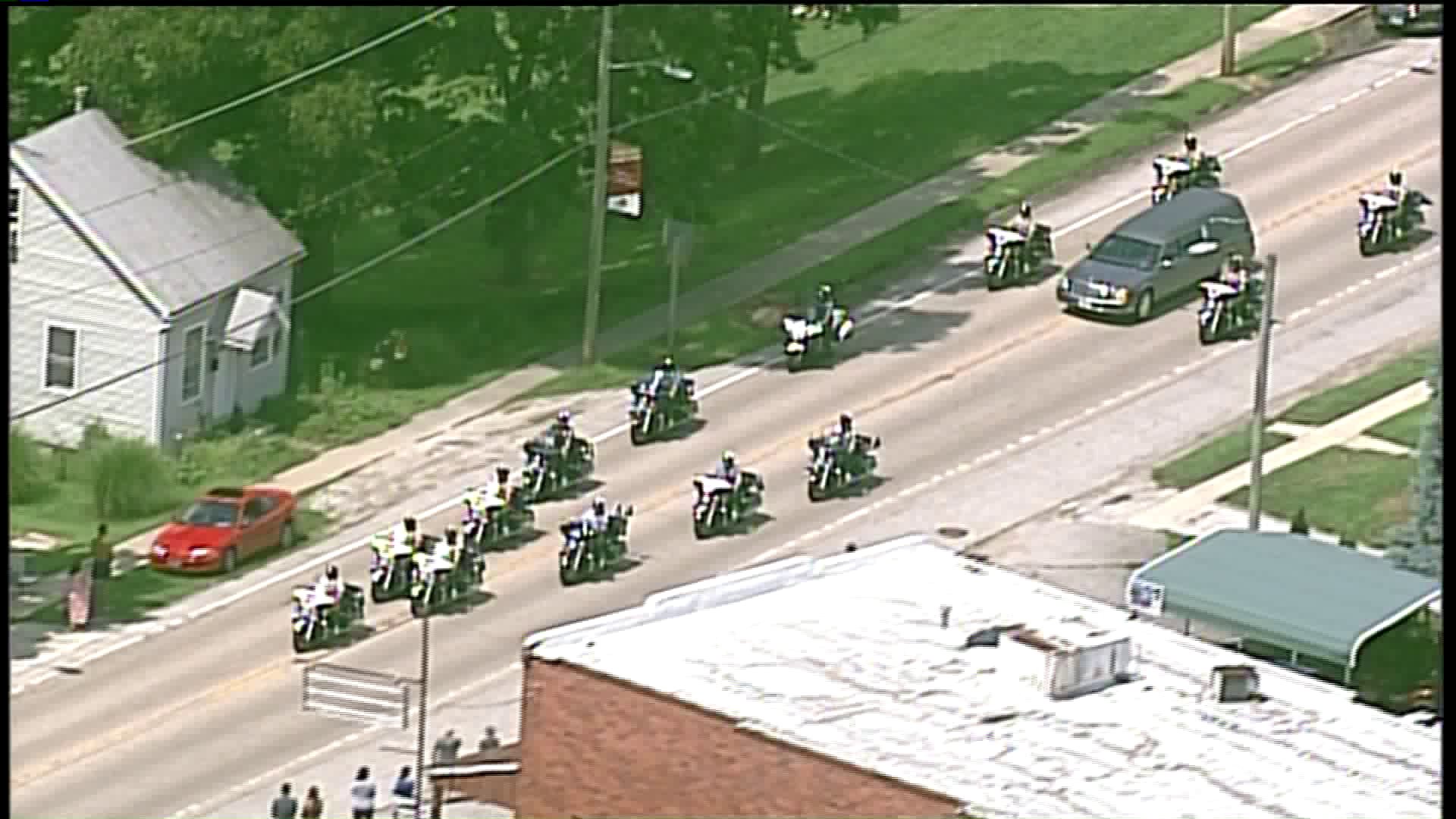 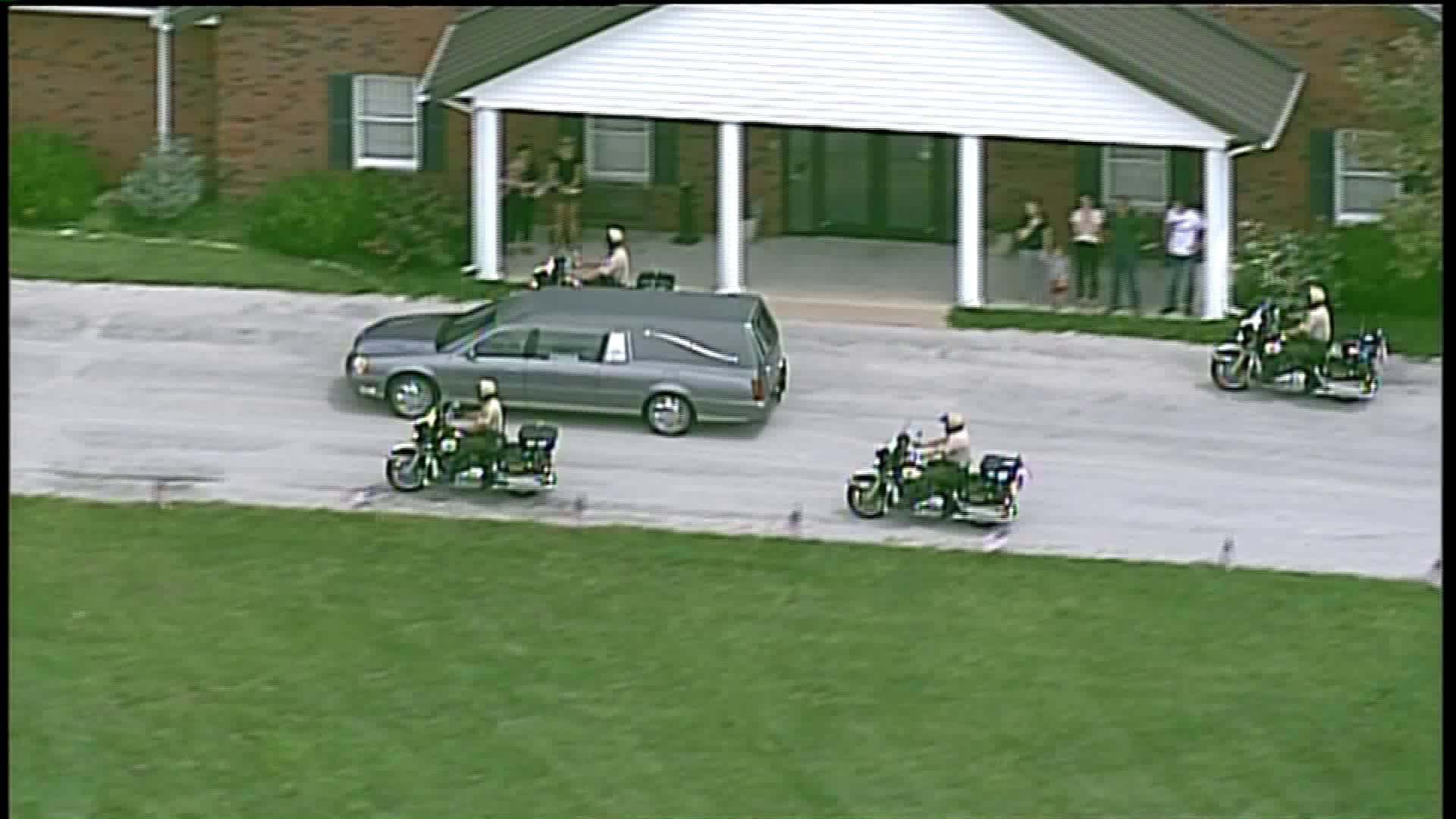 ST. LOUIS - Under a much different set of circumstances, a fuming Cardinals manager stormed off after reporters asked questions about a slow start to a season. It was April 6, 2011, when Tony LaRussa uttered a phrase that has lived on in radio mic drops almost a decade later.

"It's the first week of the season," he said repeatedly.

“I would much rather vote for liberty and lose than vote for tyranny and win,” said one speaker at the rally.

WASHINGTON – The Internal Revenue Service announced Friday that the deadline to claim a $500-per-child stimulus payment as authorized by the CARES Act has been extended.

The IRS is encouraging eligible recipients to use the IRS.gov Non-Filers tool starting August 15 through September 30 to receive the supplemental $500 payments.

After declining, Covid-19 cases are rising again in US nursing homes