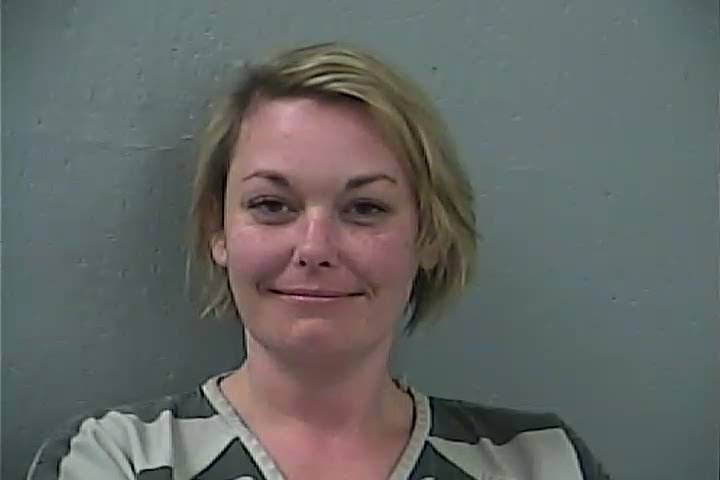 OZARK, Mo. (AP) _ A Missouri woman has been found dead after shooting at bail bondsmen and exchanging gunfire with law enforcement.

Sgt. Jason Pace, of the Missouri State Highway Patrol, identified the woman killed Wednesday afternoon as Somer Brook Speer, of Ozark. She also is a bondwoman and was working near the downtown Ozark square when employees from another bonding company attempted to take her into custody. Pace said her bond in a drunken vehicular assault case had been revoked because additional criminal activity was alleged.

Officers from several agencies rushed to the scene after she shot at the bonding company employees. SWAT team officers found her dead at her workplace. Pace says it appears she died in the exchange of gunfire with law enforcement.

Several businesses closed amid the shooting and investigation.

ST. LOUIS - A person drove a car into a building located on the corner of Utah Street at Oregon Avenue at about 7:30 a.m. Friday.

The car created a large hole in the building. Firefighters are at the scene investigating. It is unknown what caused the person to drive into the building.

KIRKWOOD, Mo. - There was a house fire in the 200 block of Hyacinth Lane in Kirkwood Friday morning at about 7:15 a.m.

DE SOTO, Mo. - There was a school bus accident at Highway 67 at Flucom Road Friday morning at about 7:00 a.m.

The De Soto School District school bus went off the side of the road on Highway 67. It is unknown what caused this accident.

Temperatures are falling with highs in the mid-30s

One dead in crash on North Hanley Friday morning

Temperatures are falling with highs in the mid-30s

One dead in crash on North Hanley Friday morning