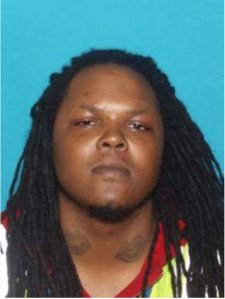 NORMANDY, MO (KTVI) - A former school bus driver is busted for allegedly sending a pornographic photo of himself to a 14-year-old girl.

Now investigators want to get the word out.

The North County Police Cooperative says the man was a bus driver who shuttled teens to and from Normandy Middle School, as well as other routes.

That's how he had access to minors in this case.

27-year-old Jeremy Hubbard is in police custody charged with sexual misconduct involving a child under 15, and furnishing pornographic material to a minor.

According to police Hubbard began talking with a 14-year-old Normandy Middle School student.  He was her bus driver.

Its alleged that he asked the girl to wait on the bus, and passed her stop to make sure all the other students were dropped off, then he'd pull over and befriend her.

Police say in late February he sent the girl a picture of his exposed genitalia.

Now police are asking for the community's help.

Chief Tim Swope said, “'We have information that there may have been some other incidents that occurred with some other victims.  We are worried about the ones that we don`t know about.”

Police want parents whose kids attend the Normandy school district to talk with their kids about this incident.

If their children had inappropriate interactions with Hubbard, they need to report it to police as soon as possible.

No charges by St. Louis Circuit Attorney have people arrested for looting back on the streets