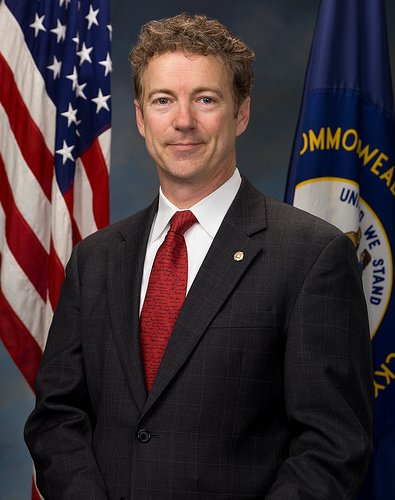 WASHINGTON — The launch of Sen. Rand Paul’s presidential campaign — expected to be officially unveiled in Kentucky on Tuesday — may not have been possible without the work of his father, Ron Paul, the former Texas congressman and three-time White House contender.

The elder Paul, who ran for president as a Libertarian in 1988 and a Republican in 2008 and 2012, helped pave the way for Rand Paul by building a nationwide network of devoted supporters drawn to his message of limited government and non-interventionist foreign policy. But while Rand Paul has largely inherited the ideological roots of Ron Paul’s political philosophy, he’s not a carbon copy of his father.

The two are similar in many ways—Ron Paul says he agrees with 99 percent of what his son believes. In some cases, they merely take different strategic approaches to reach the same goal, and in most cases Ran Paul’s stance is a slightly more moderate version than his father’s.

Still, Rand Paul expects to be treated as his own man, and in many ways he has proven to be a different type of politician. Here are some areas where they differ, even if slightly:

Russia: After Russia invaded Ukraine last year, Rand Paul called for sanctions against the invading nation. Ron Paul warned against that, saying it could sink the U.S. dollar.

NSA leaker Edward Snowden: Rand Paul thinks Edward Snowden should receive a light punishment—such as a few years in prison–for leaking classified information about the NSA to the press. Ron Paul wants to give him clemency.

The Islamic State: Rand Paul called for Congress to vote on a resolution to give the president power to fight ISIS. Ron Paul says it would be “foolish” for the U.S. to wage war on the militant group.

War on Drugs: Both men have wanted to move away from the status quo. While Ron advocates for full legalization of all drugs, Rand Paul has taken a less ambitious approach, favoring modest steps toward decriminalization. He’s also sponsored bills in Congress to open the door to medical marijuana and supported measures to lower or eliminate penalties on non-violent drug users.

Youth outreach: Both men regularly speak on college campuses. Ron Paul held many standing-room rallies with students, and Rand Paul has similar appeal. Rand Paul has also made it a point to take his message to minority communities, including several visits to historically black colleges.

The fire department worked to get the fire under control.

ST. LOUIS - It will be another beautiful day today!

ST. LOUIS - Are you looking for a tasty way to celebrate Valentine's Day this year?

Tim Ezell was in The Grove serving up a great way to do so this morning.

People recovering from COVID should take this survey, according to doctors

People recovering from COVID should take this survey, according to doctors