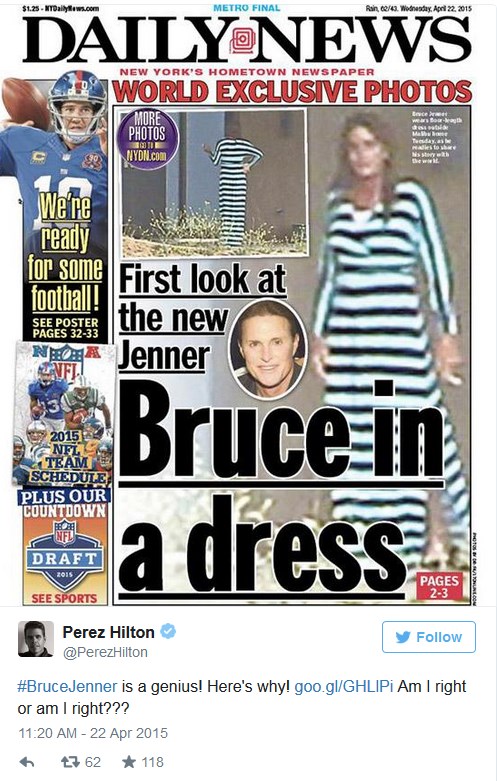 The pictures were on the front cover of the print edition on Wednesday and also featured on the paper’s website.

On Thursday morning, the link to the article had been removed.

According to TMZ, the pictures may have been illegally obtained by paparazzi using telephoto lenses.

The pictures showed Jenner, who is featured on E!’s “Keeping Up With the Kardashians”, wearing a long, striped dress while smoking a cigarette outside his Malibu home.

Perez Hilton called him a “genius.”

Even Howard Stern had something to say about Jenner’s dress. He urged Jenner to reconsider the horizontal stripes. 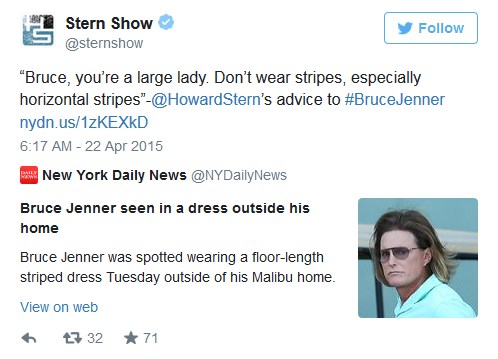 Other fans wrote about how great Jenner looked. 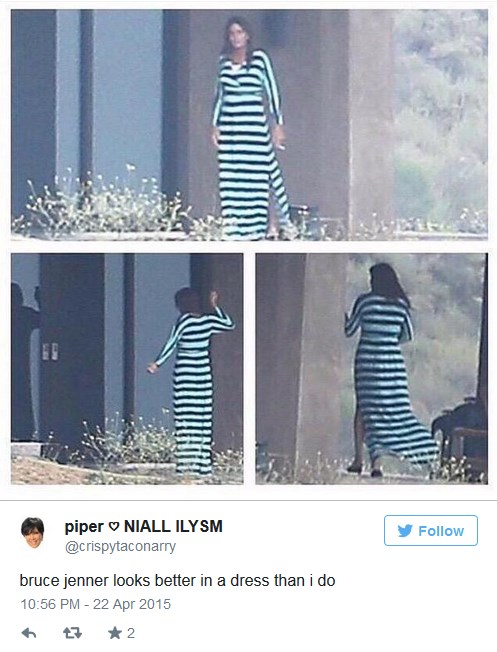 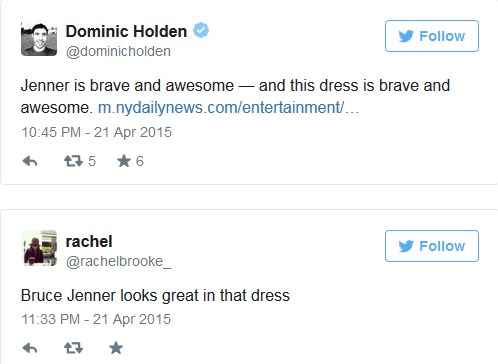 Jenner has long been rumored to be transitioning to a woman, but has yet to publicly confirm the reports.

Jenner gave an interview to Diane Sawyer back in February. It is believed that his transition to a woman is the focus of the interview, although ABC has released very few details.

ST. CHARLES COUNTY, Mo. - School teachers in St. Charles County are about to move to the front of the line as thousands of doses of the new single-shot Janssen (Johnson & Johnson) vaccine arrived in the St. Louis area.

The St. Charles County Health Department received 500 doses.  Health officials will administer them this week by appointment. Residents can register to receive their COVID shot at The Family Arena in St. Charles now.

ST. LOUIS - The chill is in the air early Wednesday morning. In places where we see temperatures drop into the low-30s for the morning commute, they will double by the afternoon. Some places will stay above freezing throughout the morning commute.

Expect highs in the mid-60s with sunshine Wednesday afternoon.

ST. LOUIS - A judge has settled the legal battle over who's in charge of the St. Louis County Council.

That judge affirmed that Rita Heard Days is the council chair. This puts an end to the nearly two-month-long leadership fight.

You Paid For It: Sam Page administration wants to hire lobbyists

‘Space hurricane’ spotted above Earth for first time ever

USA Today lists Forest Park among the best in the nation

Third stimulus check calculator: How much will you get?