ST. LOUIS, MO- For decades, U.S. Presidents have received a daily dose of intelligence information about the world’s hotspots and how it impacts American interests abroad. Today it is known as the President’s Daily Briefing. This week, The Central Intelligence Agency released the first versions received by President Harry S. Truman, in what was known at the time as “The Daily Summary.” 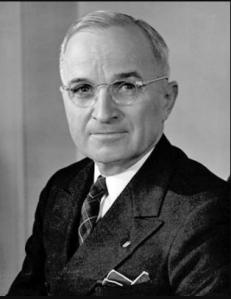 The very first one,  dated February 15, 1946, references “Secret Yalta and Tehran Agreements for Sale in Paris,” discussions over how the U.S. and the Soviet Union were handling issues surrounding Turkish sovereignty and agreements between China and France in Southeast Asia.

Later that week, the February 18 report detailed concerns over growing Soviet financial penetration in Hungary and cooperation from the Peron administration in Argentina when it came to deporting  Axis elements located there.

This week the agency also released an October 1973 report, Keeping The President Informed.

The report details the origin and development of the daily intelligence delivered through that time period.

The term President’s Daily Brief was first used in the Johnson administration in 1964.

ST. LOUIS -- Pfizer announced on Wednesday that a booster dose of its COVID-19 vaccine may protect against the new omicron variant.

ST. LOUIS -- After a whistleblower revealed there was toxic exposure at a St. Louis federal facility, Missouri's two U.S. Senators are raising questions about why workers were deliberately misled about the health risks.

Senators Josh Hawley and Roy Blunt are pushing for answers after workers and a childcare facility were exposed to contaminants including asbestos, lead, and mercury at the Goodfellow Federal Center. About 2,000 people worked at the facility before the pandemic. About 80 remain in the building. Many were relocated to other facilities, while others are working remotely.

ST. LOUIS (AP) — A 26-year-old man charged in six deaths in Missouri and Kansas pleaded not guilty to two of the homicides.

Perez Reed appeared via video conference Wednesday to face charges that he killed 49-year-old Pamela Abercrombie on Sept. 16 and 24-year-old Carey Ross on Sept. 19 in St. Louis. He is also charged with killing two people in St. Louis County and two others in Kansas City, Kansas.

Beloved penguin and tiger pass away at Saint Louis Zoo

Eckert’s donates hundreds of cookies to military families for holidays

COVID-19 hospitalizations up dramatically in Missouri

Beloved penguin and tiger pass away at Saint Louis Zoo