ST. LOUIS – The Blues Stanley Cup Championship parade starts at noon on Saturday.  The parade will begin at 18th and Market Street and end at Broadway and Market Street. Following the parade, there will be a rally with the team at the Arch grounds. As many as a half million people are expected to come out for the parade. Organizers said it will go on rain or shine.

You are allowed to bring coolers to the parade. Glass bottles are not allowed. Crews hit the ground running on Thursday building the stage at the Arch for the team’s appearance. Everyone will be required to go through security to attend the rally. There will be three checkpoints.

City officials are encouraging people coming downtown to take the MetroLink. The transit company will have extra trains ready to go on Saturday. There will be five downtown MetroLink stations a block or two away from the Stanley Cup parade and rally.

To avoid long lines and delays, MetroLink customers are encouraged to purchase their tickets in advance using the Metro Mobile app.

Metro will also have extra security, additional personnel, and volunteer employee ambassadors available throughout the MetroLink system to assist passengers.

Parade:  The parade will kick off at noon at 18th & Market streets in Downtown St. Louis. It will travel east and end at Broadway & Market Street. The public is welcome to view the parade along the route.

Victory Celebration:  Immediately following the parade, Blues players, alumni, team leadership and other special guests will lead the celebration with a ceremony under the Gateway Arch.

Need to Know:  The events are free and open to the public. At Gateway Arch National Park, visitors can enter the park grounds via three security access points: two are in Luther Ely Smith Square (located on Fourth Street between Market and Chestnut streets) and one is in the north grounds of the Gateway Arch.

At the Arch, concession stands will sell soda, water and beer (cash only). Soft-sided coolers with sealed, non-alcoholic beverages are allowed inside the park grounds (no glass).

Please arrive early, be mindful of downtown road closures, and take your time to find parking or use public transportation. Ideal stops for MetroLink are the Busch Stadium, 8th & Pine and Laclede’s Landing stations. Rideshares should drop off at 14th & Olive streets or 20th & Market streets for access to the parade, or 8th & Clark streets for access to the civic celebration at the Arch.

Gateway Arch Visitors:    The Gateway Arch and Old Courthouse will be open for visitors during regularly scheduled hours during the parade and recognition ceremony. All Tram Ride to the Top ticket holders are advised to arrive at the Arch grounds at least 60 minutes ahead of their scheduled tram time to go through two security checkpoints. Multiple street closures will be in place and parking will be in high demand – visit getaroundstl.com for a list of parking locations near the park, or plan to arrive by MetroLink to the 8th & Pine or Laclede’s Landing stations. 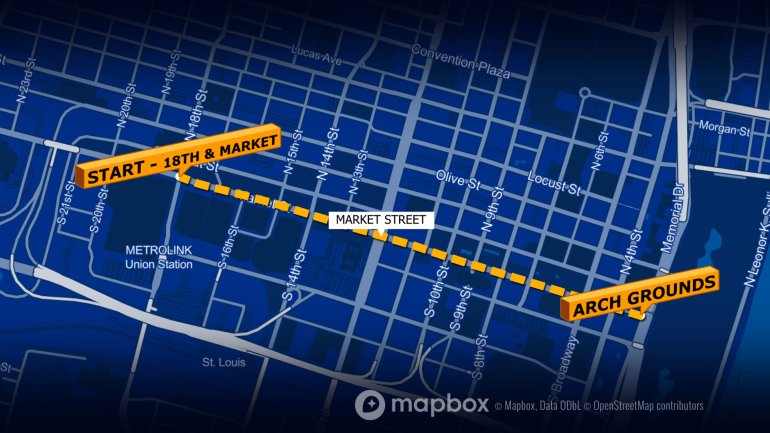 Where to watch the parade:

The parade route begins at 18th St. and Market St. in downtown St. Louis and ends at Broadway and Market St. A rally will follow at the Gateway Arch.

***A special programming note: The U.S. Open will begin at 11am on FOX 2, then switch over to KPLR 11 from Noon-3, so if you plan to record the U.S. Open, set your DVR for both stations. 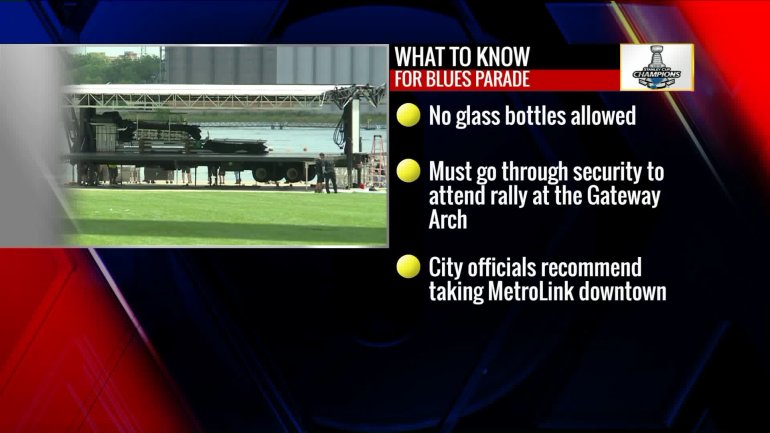 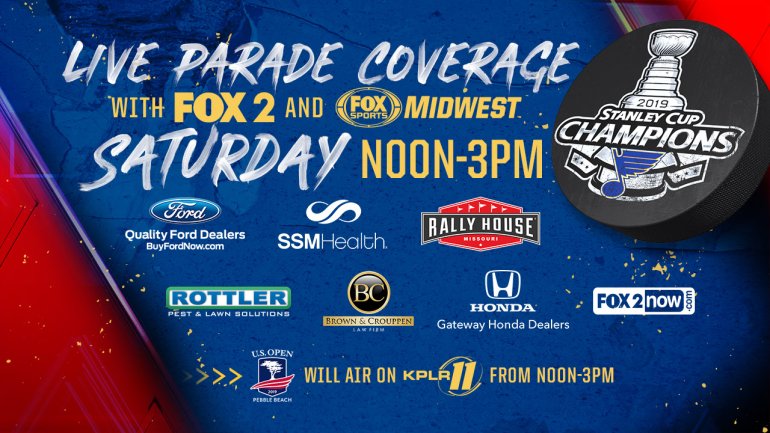 WASHINGTON (AP) — President Donald Trump on Wednesday threatened social media companies with new regulation or even shuttering a day after Twitter added fact checks to two of his tweets.

The president can’t unilaterally regulate or close the companies, which would require action by Congress or the Federal Communications Commission. But that didn't stop Trump from angrily issuing a strong warning.

ST. LOUIS - A woman has died and a man, was rescued in an early morning fire in south St. Louis Wednesday.

The fire happened at a two-story brick home in the 4500 block of Idaho Avenue in the Dutchtown neighborhood around 6:00 a.m.

MIAMI, Fla. (WGHP) — A tropical storm formed off the coast of South Carolina Wednesday, according to an 8:30 a.m. update from the National Hurricane Center.

A Tropical Storm Warning is in effect for Edisto Beach to South Santee River in South Carolina.

When can you be around others? CDC updates coronavirus guidance

Antibody tests for COVID-19 wrong up to half the time, CDC says

When can you be around others? CDC updates coronavirus guidance