COLLINSVILLE, IL (KTVI) – A Collinsville woman is headed for Los Angeles, embarking on a seemingly impossible search some twenty years in the making.  That’s how long it has been since Robin Burton last saw her mother, but she has new reason to believe a search in some of LA’s roughest neighborhoods can bear fruit.

Burton works at Ardie and Tiny’s bar in Collinsville, IL.  It was there that a customer overheard her talking about her years-long search for her mother.  That customer went home and began searching the internet for pictures of homeless people in southern California.  He called Robin a couple of days later.

“Calls me and says there’s something I want you to look at.  He found the article from the LA Times.  I open it up, I look at it, and I’m looking at a picture of my mom.  I couldn’t believe it.  In the article it says she’s homeless on skid row.”

The photograph’s caption only identified the woman in it as homeless.  But Robin suddenly had new hope.

Cloudia Wells, Robin’s mom, is diagnosed as paranoid-schizophrenic.  As a child, Cloudia would leave for months, even years at a time.  But she always returned.  That’s why Robin says the family never thought to file a missing person’s report until about ten years ago.  Cloudia always came back.

That changed after the last time Robin saw her, in 1995.  The two had recently fought over the care of Robin’s grandmother, who was in poor health.  Cloudia disappeared.

“We think she came back and went to the cemetery because my grandparents are buried side by side and realized my grandma had passed away,” she said.  “She thinks that we blame her and it’s not her fault.”

A decade would pass with no word from Cloudia Wells, though there were signs of her in San Diego, Arizona, and even Mexico.

Robin began searching more vigorously around 2005.  There were frustrating times and plenty of worries, but she says she felt strongly her mother was still out there somewhere.

“I’ve always said my mom was alive.  She’s paranoid schizophrenic but she’s got a very high IQ.  She’s very smart.  If you want to disappear in the United States, the best way to disappear without a trace is to be homeless.  Nobody pays attention to you.”

The break came a few months ago when a private investigator called her with word Cloudia’s social security number had been used to check into a homeless shelter in southern California.  Then the picture turned up in the LA Times.  Despite the fact some loved ones don’t believe the picture is of Cloudia, now 61, Robin Burton’s reaction was immediate.

So she will leave Collinsville, driving a donated rental car with a woman from a group called “Media for the Missing,” and crossing the country.  Once in Los Angeles, she has some help arranged to begin searching the city’s infamous “Skid Row” and other locations frequented by the homeless, in search of Cloudia.

“It’s gonna be like looking for a needle in a haystack but I feel like I’m gonna pull that needle out,” she said.  “I’m not scared of Skid Row.  That’s not my biggest fear.  My biggest fear is my mom not wanting to come back with me.

“All’s I know is I have to find her and I’ve got to let her know I love her.  No matter what the situation is, she has to know that.”

Finances are an issue for the trip.  If you’re interested in helping, Robin Burton has set up a “Go Fund Me” page for her search.  It’s here:  The search for my mom fund

There’s also a Facebook page dedicated to the search. 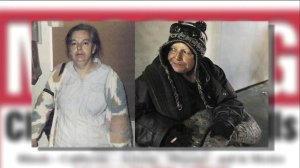 COLUMBIA, Mo. - Mizzou football is back in action this weekend for the first time this season. Like many other events, the pandemic is bringing changes inside Memorial Stadium.

It's something players, staff and even Tiger Athletics didn't think was possible during a pandemic, but Saturday night, the Mizzou Tigers will take the field against Alabama in a sold-out home opener. Less than 12,000 fans will be allowed inside the stadium and masks will be required at all times.

Mother of two killed in crash by speeding driver