BELLEVILLE, Ill. – Scott Hettenhausen worked at the Casino Queen for nearly two decades. In October, he and hundreds of fellow participants in the casino’s Employee Stock Ownership Plan learned their investment shot craps.

“I was devastated. I was really counting on that money,” Hettenhausen said.

His account balance plummeted more than $19,000 in one year, a dramatic drop explained in a letter Scott shared with Fox 2 from Casino Queen President Terry Hanger. In it, Hanger reveals company profits fell nearly 60 percent between 2016 and 2018. 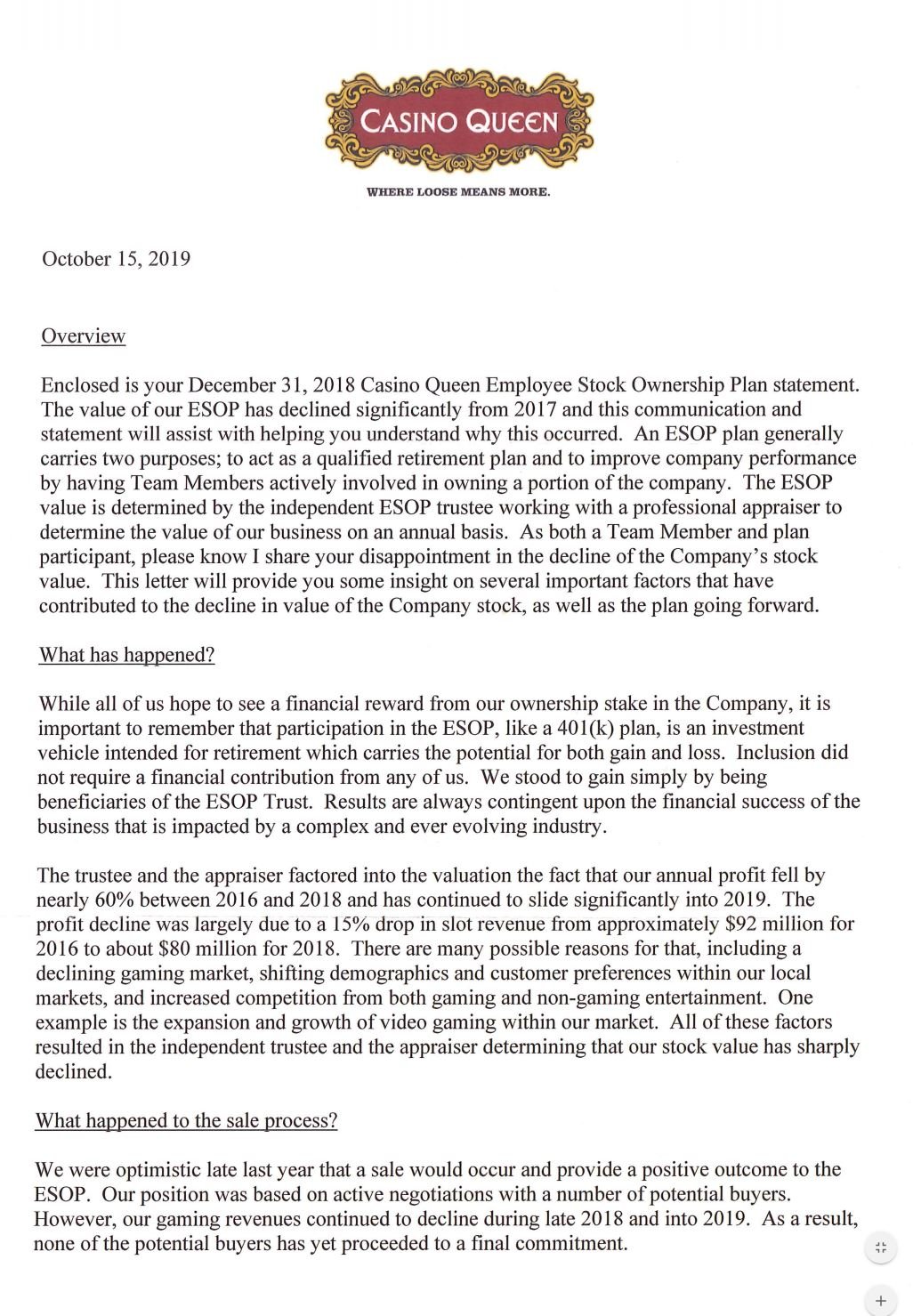 “All of these factors resulted in the independent trustee and the appraiser determining our stock value has sharply declined,” Hettenhausen said.

To understand this decline, it’s important to first understand what an ESOP is and how it operates.

“Usually, the company borrows money from third-party lenders and or uses some of its own cash that it might have available and then lends it to the trust,” del Pilar said.

That’s what happened in 2012 when the newly formed Casino Queen ESOP borrowed money to buy the casino from a group of private investors.

An ESOP trust was started. The trust is required to repay the loan. As that happens, company stock shares are allocated to eligible employees. Participants don’t contribute their own earnings to the ESOP. Plan documents state the shares an individual receives each year is based off a formula that factors in the total compensation paid to participants, how much a person worked, what they made, and the amount the company contributed to repay the loan.

“They need to be prepared to see the value of their shares increase one year and also potentially decline in other years,” del Pilar said.

Fox 2 wanted to discuss the decline of the Casino Queen ESOP with casino president Terry Hanger but our requests for an on-camera interview were denied.

In a statement, casino representatives cite increased competition, the growth of video gaming, and failures of the previous management for the drop in ESOP value. The statement also notes a new board, management team, initiatives, and confidence in the future success of the business and the ESOP.

It has a similar tone to a company press release from 2012, touting the acquisition as an opportunity to create long-term economic benefits for employees. Nearly a decade after its inception, Scott Hettenhausen said he isn’t seeing those benefits.

“I just don’t know where to go. I just have so much anger. It’s just like, where did this money go?” he said.

Since ESOP participants are not making financial contributions to the plan, Alberto del Pilar recommends they consider finding other methods to save. You can read the full statement from the Casino Queen below. 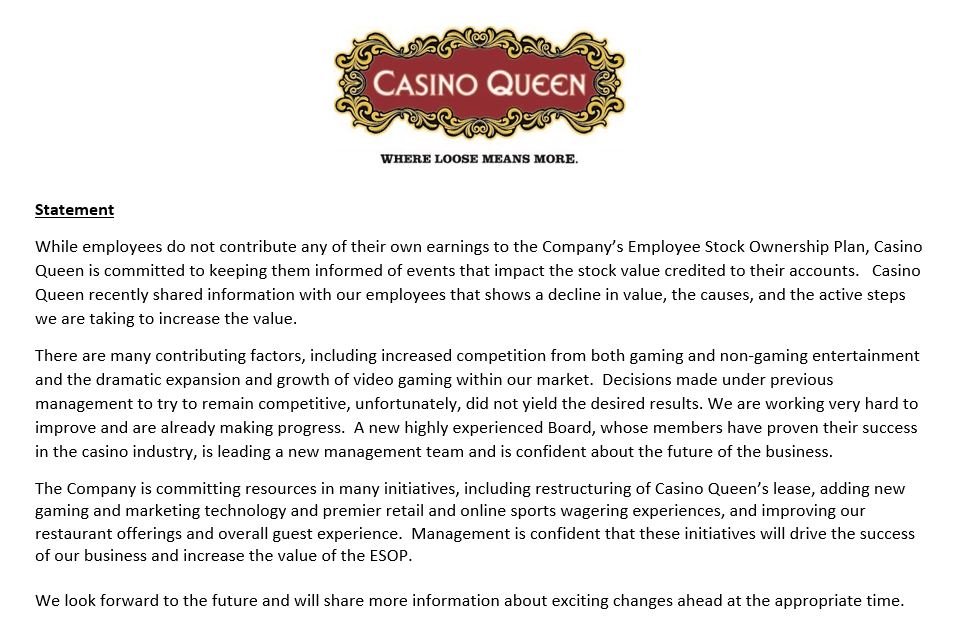 Union asks Missouri’s governor to have all shoppers wear masks

Have a question for the FOX 2 Contact 2 team? If you have an issue with scams, bad customer service or getting ripped off then our reporters will investigate.

Fill out this form.

CDC weighs loosening guidelines for some exposed to virus