SOUTH ST. LOUIS (KTVI) – A cyclist is searching for the hit-and-run driver who sent her to the hospital.

She said she signaled to merge into the far left lane for Magnolia Avenue when she was struck from behind.

“It was a very lifeless body, flying through the air,” her husband, Adam, said.

The impact of the crash was so great; Suzanne fell onto the hood of the vehicle and then flipped over onto the pavement.

The DeZegos said the woman got out of her vehicle. But the face-to-face encounter only lasted seconds.

“She said, ‘I’m sorry, I hope you’re not hurt,’ and got in her car,” Suzanne DeZego said. “The next thing I saw was her drive away.”

DeZego said she was taken to the hospital and is recovering from her injuries. He bruised soft tissue is healing and she has some difficult walking.

The DeZegos are hoping the driver will come forward and accept responsibility for her actions.

Suzanne DeZego suspects the driver was distracted, not paying attention to what was happening in the next lane.

“I was following the rules of the road. I have every right as a cyclist to be on the road, and follow those rules, and signal properly, and change lanes. And not to be hit by a car,” she said.

The St. Louis Metropolitan Police Department said its investigation into the incident is ongoing.

Security video from a nearby business in Tower Grove East shows the red Ford Mustang that DeZego said struck her. She said she was able to obtain a partial license plate beginning with “D79”.  She recalls the driver wearing “sparkly” gold UGG boots.

In the meantime, while she prays someone can identify the driver, she is recovering from the physical and emotional toll of the incident.

“I’m very shaken up,” she said. “I ride my bike almost daily. And I know that when I get a new bike and I’m able ride again, that I’m going to have some fear of riding in traffic. And it used to be something I did daily.” 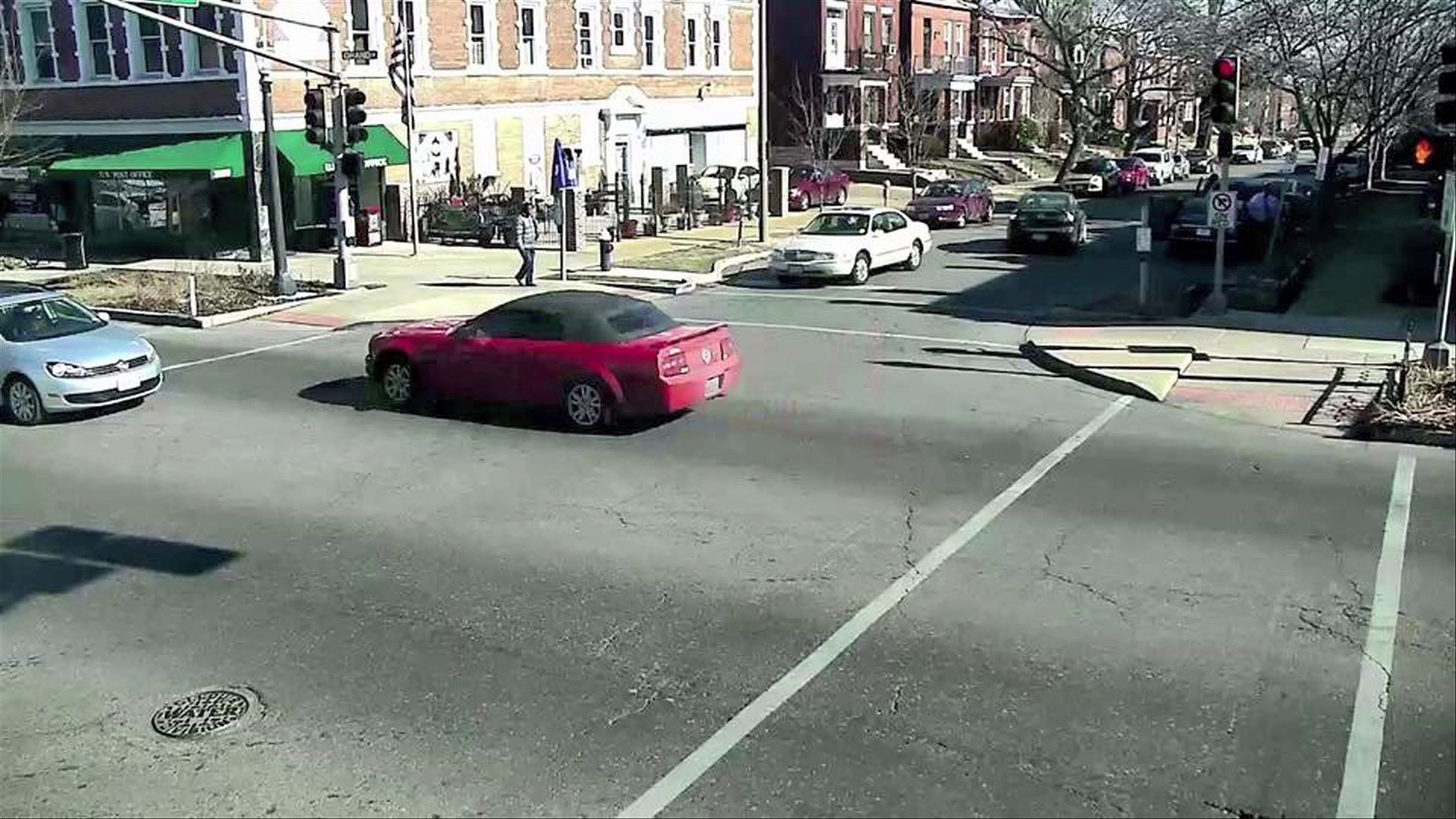