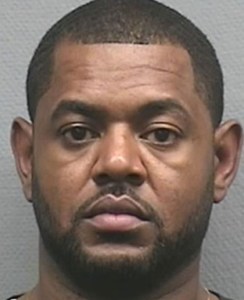 CLAYTON, MO (KTVI) - Houston police say a suspected serial rapist could be linked to eight sexual assaults in the St. Louis area. Reginald Bond was arrested last month in Houston and is facing charges related to burglary and sexual assault.

Bond lives in Houston but is originally from St. Louis. Houston Police Detective Kim Miller said DNA from Bond is being used to connect him to the cases in Missouri. It’s believed he traveled back and forth between the two states in recent years.

Officer Brian Schellman, a spokesman for the St. Louis County Police Department, confirmed the department is working with Houston police in solving at least three sexual assault cases. Schellman said he couldn’t say much more because it’s an open investigation. Charges have not been filed in any St. Louis-area cases.

Miller said Bond confessed to watching women for days before planning his attack.

“He would wait until they slept at night. He would come inside their apartment, between 3 and 5 a.m., sometimes he would wake them by shining light, other times he would actually get in bed with them,” Miller said.

Police said victims reported their doors and windows were locked. Investigators said Bond confessed to the attacks in Texas, but would not reveal how he entered his victim’s homes.

Bond is from St. Louis and once lived on Ashland. Resident Kevin Greene, who grew up with Bond, said he was shocked to hear about the charges.

“He was active in the community and did a lot of positive things,” Greene said.

Bond organized a unity rally at Fairground Park in 2015 and was planning another rally in May.

Miller said one victim in the St. Louis area reports her attacker watched a movie with her after the attack.

“There was a sense of wanting to have relationship with these women on one hand, but of course sexually assaulting and controlling them on the other,” she said.

Houston police arrested Bond after tracking a stolen laptop from one of his victims.

ST. LOUIS – Some of the windows at Don Brown Chevrolet in south St. Louis have been broken out and already boarded up after the dealership was struck by vandals overnight.

According to a St. Louis police spokesperson, officers were notified of a burglary at the car dealer around 2:30 a.m. Tuesday. The dealership was one of 55 businesses affected.

From January 1 through May 15, there were 6,230 additional deaths in Illinois than the average during the same time period over the last two years. Just over 4,000 of those were labeled coronavirus related.