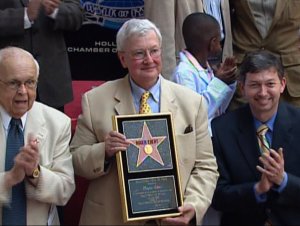 CHAMPAIGN, Ill. (AP) _ Roger Ebert’s film festival this year will include 2016 psychological thriller “Elle” and a film delving into the life of TV icon Norman Lear.

Guest appearances associated with the films will include “Elle” actress Isabelle Huppert and “Norman Lear: Just Another Version of You” directors Heidi Ewing and Rachel Grady, producer Brent Miller and Norman Lear himself. They will participate in Q&As following their respective screenings.

Roger Ebert was a Pulitzer Prize-winning critic for the Chicago Sun-Times who died in 2013.

His wife, Chaz, has continued to host the film festival and says this year’s event will be dedicated to empathy, compassion, kindness and forgiveness.

The slate of screenings at the 19th annual “Ebertfest” will also include 10 other films to be announced later. It runs April 19-23.

Illinois renters can receive up to $25,000 to help with missed payments

EAST ST. LOUIS-- Gov. JB Pritzker is announcing $1.5B in housing assistance for Illinois renters and landlords affected during the pandemic. Eligible residents can receive up to $25,000 of assistance.

The second round of rental assistance funding is now available for residents who have experienced economic hardship during the pandemic.

Rockwell Beer Garden to open in Francis Park this summer

ST. LOUIS - A new beer garden will open this summer in the St. Louis Hills neighborhood.

Rockwell Beer Co. located on South Vandeventer Avenue in The Grove opened in 2018, and now they are putting a satellite location in Francis Park.

How do sharks know which way to go? Scientists have the answer

More opportunities to get vaccinated around St. Louis

You Paid for It: Parent fumes over state assessment testing for kids during pandemic

Illinois renters can receive up to $25,000 to help with missed payments

Rockwell Beer Garden to open in Francis Park this summer

How do sharks know which way to go? Scientists have the answer