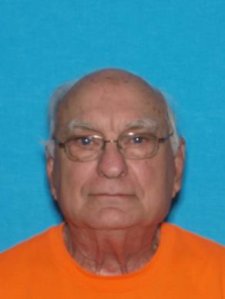 ROSEBUD, Mo. – A 77-year-old man is considered missing and endangered after not being seen for four days and leaving behind his wallet and cell phone, deputies say.

Mahacek is 6′ tall and weighs 160 pounds. He has blue eyes and wears glasses. He has recently shown signs of depression after receiving a medical diagnosis according to police.

It is unclear what he was last seen wearing but police say he may be driving a Maroon 2002 Chrysler PT Cruiser with Missouri license plate UH2C8A.

Anyone with information should call police at 911 or call the Gasconade County Sheriff’s Office at 573-437-7770.

ARNOLD, Mo. - After the health department meeting, Thursday evening leaders have agreed to move forward with a special session to come up with mitigation efforts to fight the spread of the virus.

This move comes after Jefferson County re-entered the red zone status for COVID-19, meaning there is uncontrolled community transmission in this community.

ST. LOUIS - A beautiful day is on tap with plenty of sunshine and warmer temperatures.  After a cool start, we will warm quickly reaching the lower 80s this afternoon.

A very warm and dry weekend is still on the charts with high temperatures Saturday in the upper 80s and in the mid-80s Sunday.