ST. LOUIS, Mo. — FOX 2’s Elliott Davis is an advocate for the homeless.  You can follow their struggle to survive in the streets of St. Louis from his Facebook page.  Elliott just won a regional Murrow award for his coverage of the homeless on social media.

A package arrived at the station on Monday.  The manilla envelope was placed in Elliott Davis’ “You Paid For It” inbox. It contained several handwritten letters from homeless people.  The notes thank him for the coverage and, “defending people that others choose to forget.”

Many of Elliott’s reports on the homeless are only on social media.  His Facebook posts have changed lives.  You may have seen this report on one woman who went viral after asking for help on his Facebook page. Strangers drove for hundreds of miles to help her.  He has personally helped many other people living in the streets.

“I have been homeless in freezing temperatures.  For you to be out there reporting with us is awesome,” writes a person identifying themselves as Rabbit.

Elliott decided to read many of the letters to his fans on Facebook Live.  He gets emotional after reading some of the fan mail from homeless people.  You can see the full video here. 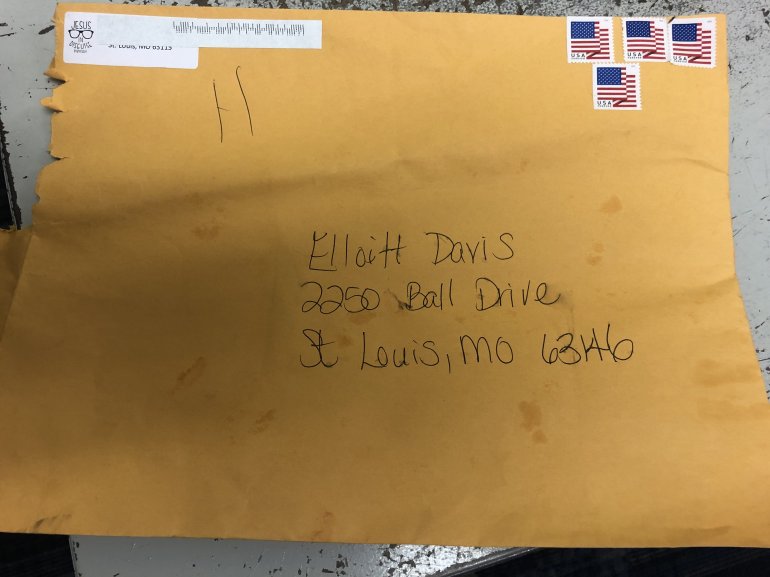 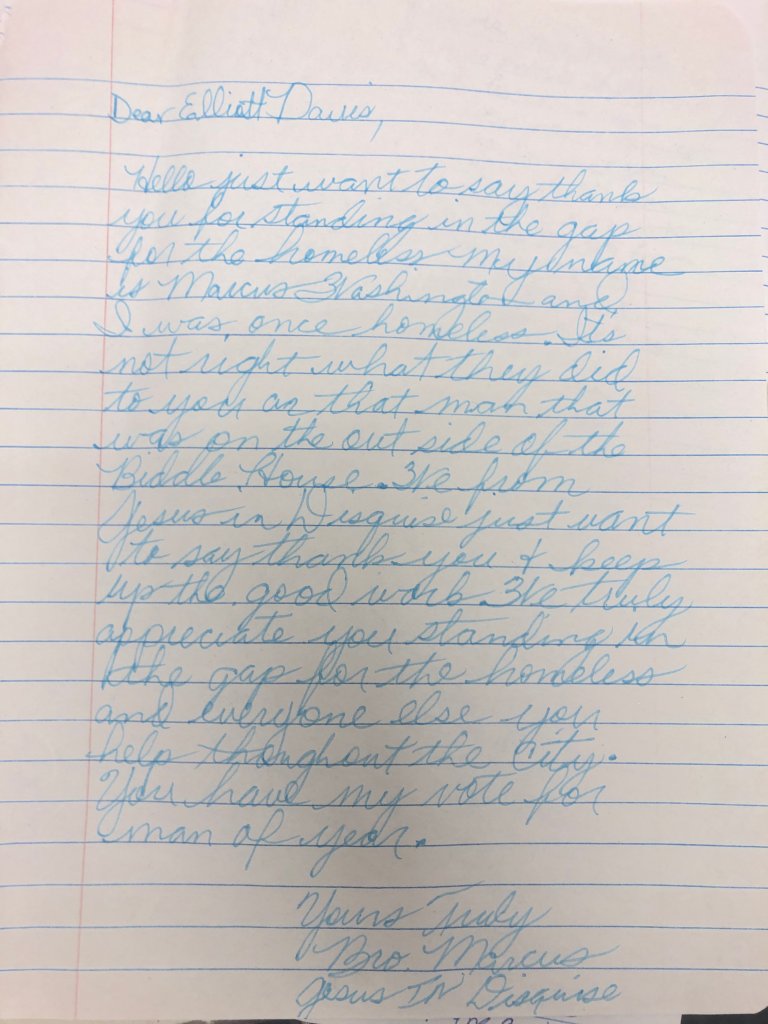 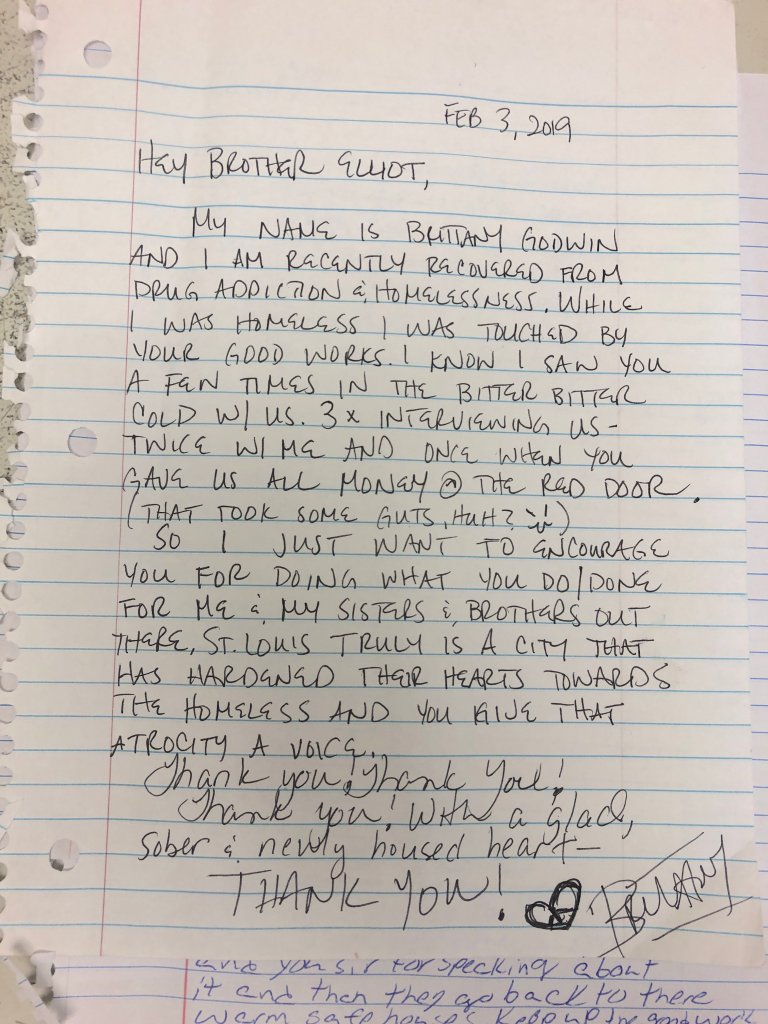 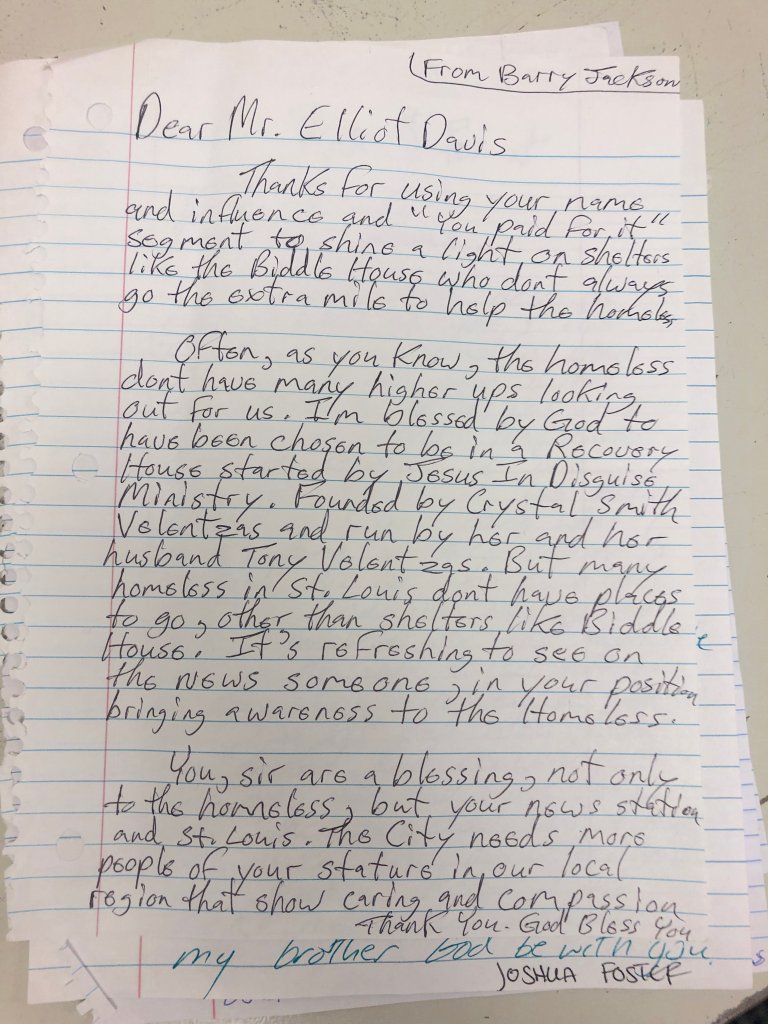 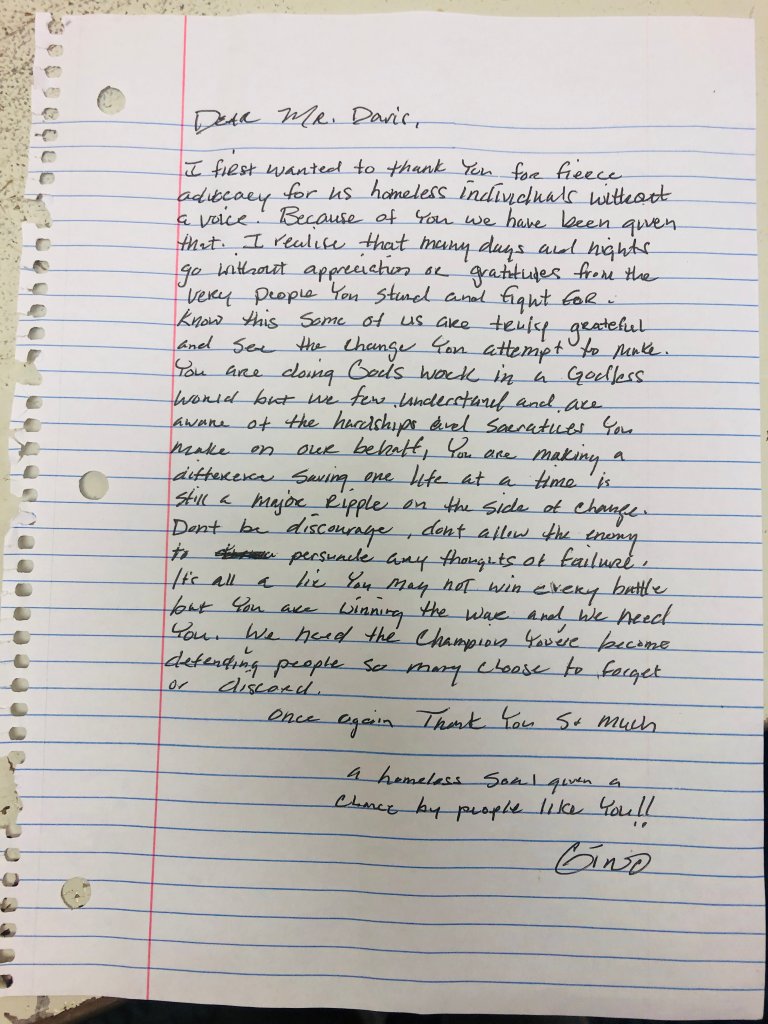 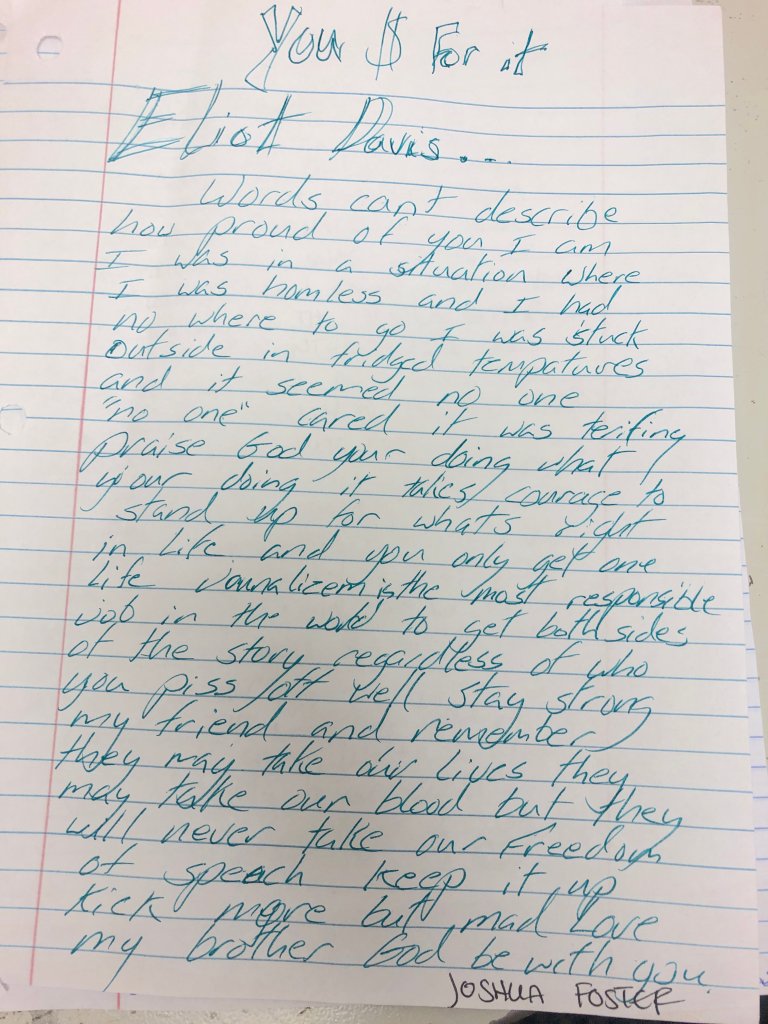 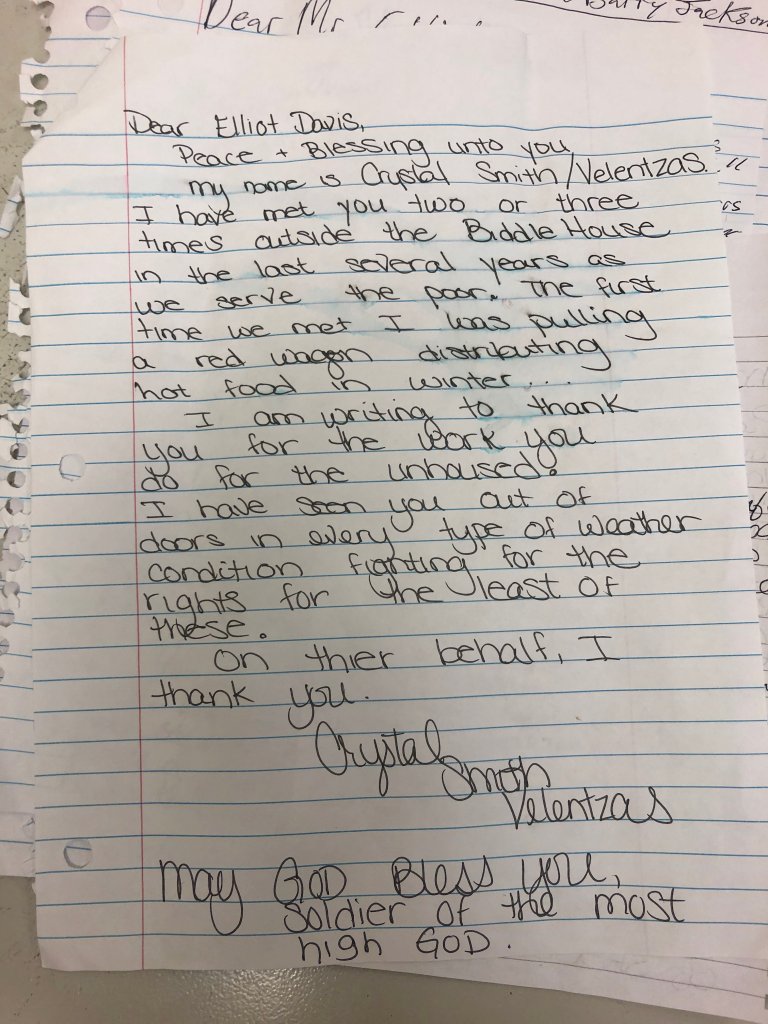 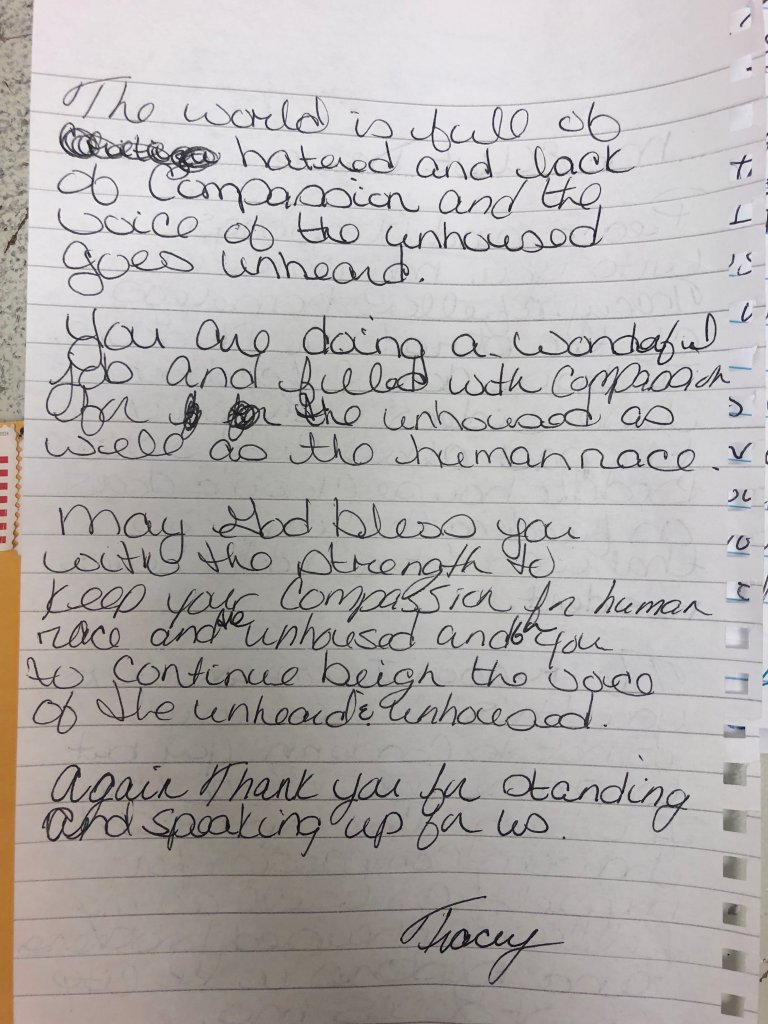 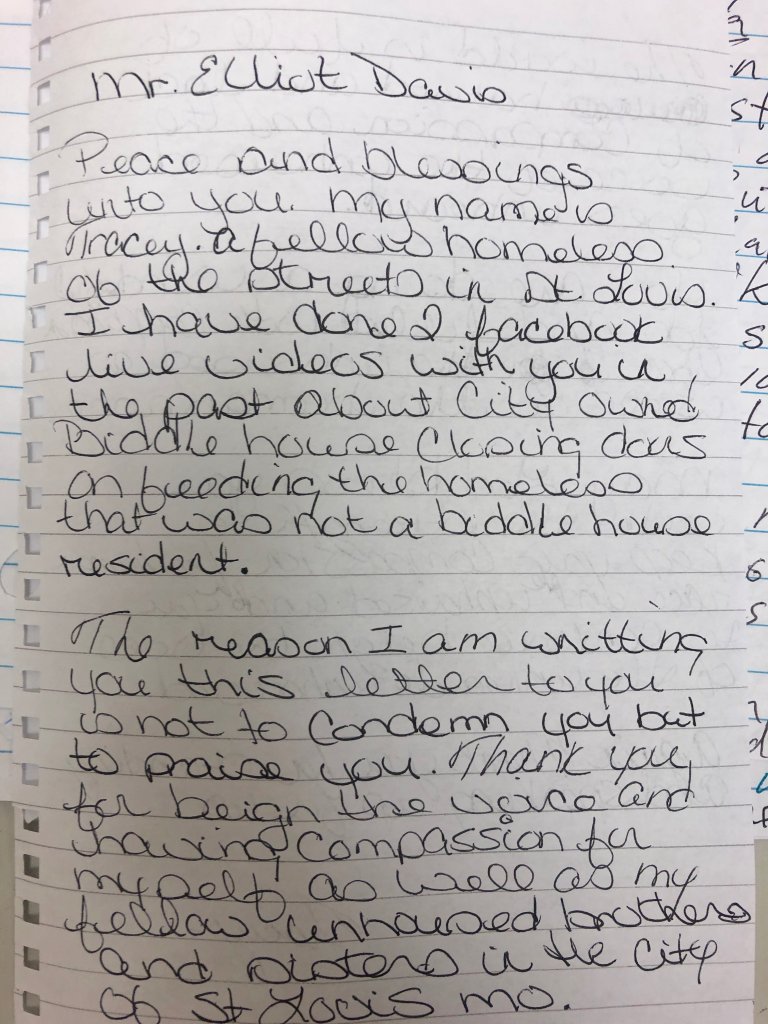 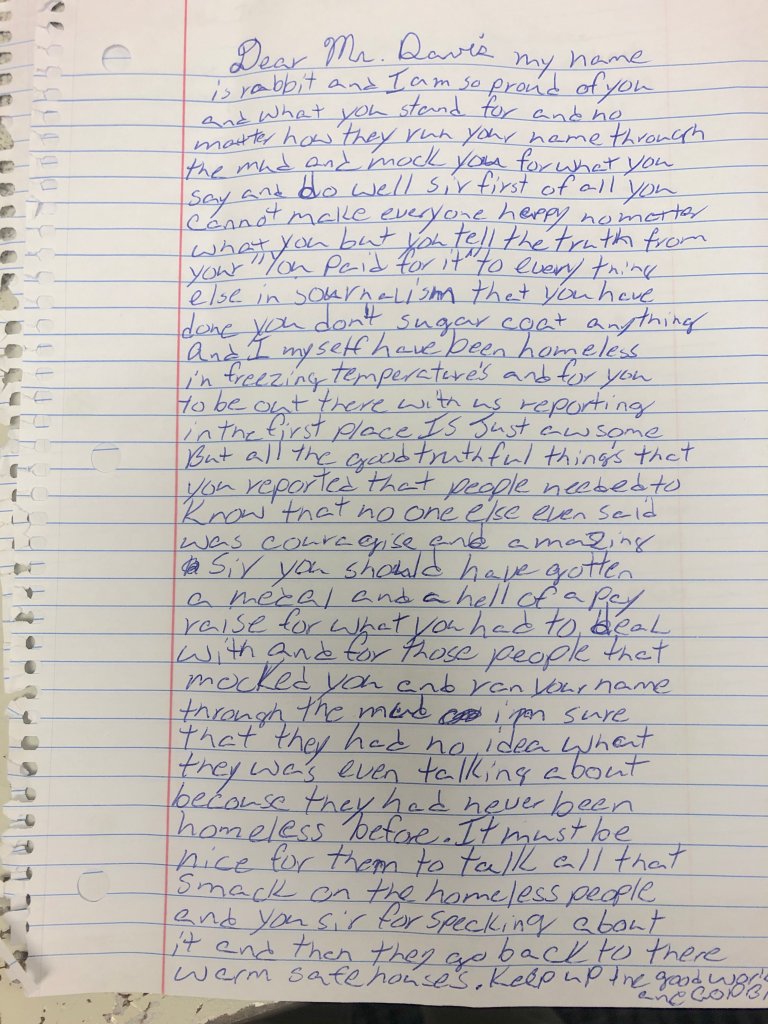 ST. LOUIS - Still waiting for your stimulus payment, hopefully you didn’t toss it out in the mail. The AARP Fraud Watch Network joined FOX2 this morning to discuss the confusion over the prepaid debit cards sent out by the IRS.

The payments are coming in plain envelopes and some are suspicious of the unsolicited cards. The envelopes have the return address Money Network Cardholder Services from Metabank in Omaha, Nebraska. Some people have tossed them or even shredded them, thinking it’s junk mail.

(CNN) -- The Minnesota Attorney General's office has finished its initial review of evidence in the investigation of four former Minneapolis Police officers involved in the killing of George Floyd and has rendered a decision regarding additional charges, two law enforcement officials briefed on the state's investigation told CNN.

One of the officials said state Attorney General Keith Ellison will be making a significant announcement in the case early this afternoon. The officials would not reveal what the decision was.

ST. LOUIS - NASA is keeping tabs on a massive asteroid that’s coming closer to Earth each day. The space agency has an asteroid watch section of its website showing the next 5 approaches, which are all in the next few days.

The largest is estimated to be 1,100 feet wide, approximately the size of a football stadium. That one, named 2002 NN4, would come the closest to Earth on June 6. However, scientists don’t expect there to be a collision on Earth. It’s closest approach will be 3,160,000 miles from Earth.

Why Ben & Jerry’s statement on white supremacy is so extraordinary

Which international destinations are reopening to tourists?

‘The president has fanned the flames, treating unrest like a reality show’ – Page addresses protests and riots

Son of former police captain killed by looters pleads with criminals: “Step back from what you’re doing”

‘The president has fanned the flames, treating unrest like a reality show’ – Page addresses protests and riots

Why Ben & Jerry’s statement on white supremacy is so extraordinary