MOBERLY, Mo-  The Moberly Police Department has issued an Endangered Person Advisory for a missing Moberly, Missouri woman that could possibly be in danger.

Ross is described as a white female, 42- years-old, 5′ 9, weighing 135 lbs with blonde hair, brown eyes and she also has a tattoo of cherries on her lower back.

Ross was last seen wearing a white tank top with light blue tie-dye, pearl earrings, white shorts, and brown leather sandals traveling in a gold Chrysler possibly a 300 with a man named Stephen Thorpand, she has not been heard from since.

Ross has an order of protection against a person of interest Thorp. He has been involved in several domestic incidents involving Ross and is on probation for Murder 2nd Degree and armed criminal action.

Anyone seeing the missing person, suspect, associate, or vehicle, or anyone having any information related to the endangered missing person should immediately dial 911 to contact the nearest law enforcement agency or call the Moberly Police Department at (660) 263-0346. 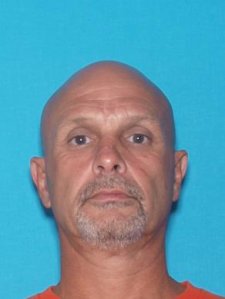 ST. LOUIS, Mo. - Another St. Louis gem as a nationally recognized treasure. Yelp put together a list of the top 20 ice-skating rinks in the United States that is featured on USA Today's website. Steinberg Ice Rink in the Central West End comes in at number 18 on that list.

"Congratulations to our friends and partners at Steinberg Ice Rink at Forest Park Forever, ranked in USA TODAY as one of the top 20 ice-skating rinks in the entire country! They just opened for the season on Friday and have done a great job working with us to make sure it’s a safe experience for everyone!" writes Mayor Lyda Krewson on Facebook.

According to the Missouri Department of Health and Senior Services, the state has recorded 274,897 cumulative cases of SARS-CoV-2—an increase of 3,370 positive cases—and 3,561 total deaths as of Monday, Nov. 23. That’s a case-fatality rate of 1.3 percent.

CHICAGO — Every region of Illinois reported either flat or falling COVID-19 test positivity rates Monday, while the number of hospitalizations continues to rise statewide.