Skip to content
Breaking News
Breaking News
IL: 462 deaths/15,078 cases; MO: 58 deaths/3,327 cases. List of St. Louis area coronavirus disruptions
Watch Now
Watch Now
Live video of FOX 2 News
This is an archived article and the information in the article may be outdated. Please look at the time stamp on the story to see when it was last updated.

BRENTWOOD, Mo. – A missing 3-year-old boy has been found safe and was reunited with his mother early Sunday morning after an Endangered Person Advisory was issued.

On Sunday morning, at approximately 4:30 a.m., Town and Country Police issued an Endangered Person Advisory for 3-year-old Donovan Hood. The boy was last seen in the custody of his aunt, identified as Brittney Sawyer, and had not been returned to his mother.

The whereabouts of both were unknown for an extended period of time. The 3-year-old boy and Sawyer were located Sunday morning at approximately 6:15 a.m. in Brentwood, Mo.

Donovan was evaluated by EMS and found to be in good health. He was reunited with his mother at this time.

Sawyer was arrested for unrelated charges by the Brentwood Police Department. Town and Country Police are currently investigating Sawyer in relation to this case. 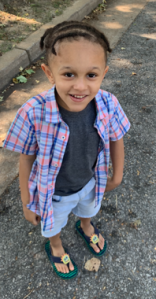 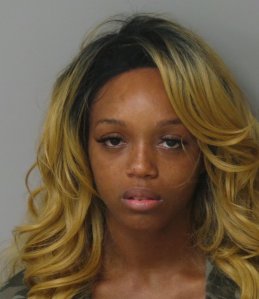 ST. LOUIS - The St. Louis Aquarium has the perfect breakfast buddy you.

On Thursday, you can eat breakfast with Nitro, the aquarium's African Spurred Tortoise, as well as other turtles that live at the aquarium on Facebook Live.

(WRIC) -- Beginning April 18, more than 15,000 CarMax associates will be furloughed as a result of store closures during the COVID-19 pandemic.

The company said in a statement Wednesday that "any ongoing furlough determinations are subject to change due to future government mandates affecting store openings or closings, as well as future business conditions."

NEW ORLEANS, LOUISIANA-- Through every era, New Orleans has knack for shining through the darkness. As the coronavirus leaves the community socially distanced and at home, the Historic New Orleans Collection offers an opportunity to visit the past from the comfort of your own home through elaborate virtual tours. Lydia Blackmore is the Decorative Arts Curator and also behind the virtual tour entitled, Goods of Every Description: Shopping in New Orleans. Mantel clock, Prudent Mallard.

One of the artifacts on the tour at first glance is not much to look at but it has a story. A mantel clock was made in France and meant to ornament a fireplace mantel. The clock face is a bright white enamel set into a dark wood frame and embellished with inlaid brass, tortoiseshell, and mother of pearl.

Georgia bar owner removes $3,714 worth of bills stapled to the walls to give to unemployed staff

Georgia bar owner removes $3,714 worth of bills stapled to the walls to give to unemployed staff