ST. LOUIS – The St. Louis County Police Department is asking for the public’s help in locating a missing mother and her son.

An Endangered Person Advisory has been issued for 29-year-old Seldina Sakanovic and 4-year-old Alma Sakanovic, her son.

According to police, Sakanovic was last seen leaving her parents’ house on June 22 at around 7 p.m. at 9277 Forman, St. Louis.

Sakanovic is described as a Caucasian female, 5’5” tall, weighing approximately 135 pounds, with blonde hair, blue eyes, and a fair complexion. She is 7 months pregnant and was last seen wearing a black t-shirt and blue jeans.

Sakanovic has made suicidal statements in the past and sent her sister a suicidal message on June 22 threatening to kill herself and her son.

Anyone seeing the missing persons, or anyone having any information related to the endangered missing persons should immediately dial 911 to contact the nearest law enforcement agency or call the St. Louis County Police Department at 636-529-8210. 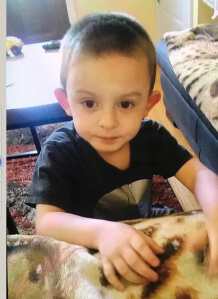 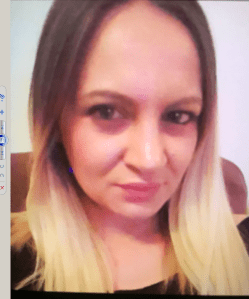 ST. LOUIS, Mo.- Washington University School of Medicine is moving into phase 3 of a clinical trial aimed at finding a safe and effective COVID-19 vaccine.  The university is a testing site for Johnson & Johnson’s phase 3 clinical research study, called the ENSEMBLE trial, to evaluate the safety and efficacy of Janssen’s investigational COVID-19 vaccine candidate, JNJ-78436735, also known as Ad26.COV2.S.

“A safe and effective vaccine that can protect against COVID-19 infection is critical for ending the COVID-19 pandemic,” said Dr. Rachel Presti, an associate professor of medicine and medical director of Washington University’s Diseases Clinical Research Unit.

ST. LOUIS, Mo. - Elections officials say the number of absentee ballots cast in the 2020 heated presidential election will surpass that of 2016. Thousands lined up today and various satellite locations and at election headquarters to cast in person absentee ballots.

St Louis County had 4 such satellite centers. Officials say at times there were 200 people standing in line. Election officials told Elliott Davis there were 161,000 absentee ballots requested to vote by mail. Another 64,000 opted to vote absentee in person.

COLLINSVILLE, Ill. - A racetrack and casino combined into one. It's called the "Racino." The Illinois Gaming Board gave the go-ahead for a casino plan that could open at Fairmont Racetrack in late 2021.

President and General Manager Melissa Helton made her pitch to the Illinois Gaming Board for the casino and got it approved Oct. 29.

Absentee and mail-in voting skyrockets in the St. Louis area

Walmart puts guns, ammunition back on display at US stores

Daylight saving: Here’s when you need to set your clocks back

Illinois official preaches COVID restrictions by day, breaks his own rules at night with wrestling shows