ST. LOUIS (KTVI) – The FAA and at least one major pilots union are worried about a potentially dangerous decoration among your Christmas light display.

We all have our inner Griswald, and everyone wants to have the glitziest house on the block.   But one new tool in the battle to keep up with the neighbors could present a problem for planes overhead.

They’re turning up in more and more places, the star shower, as it’s called, is a gadget that will bathe your house holiday colored spectrum of a laser beam. 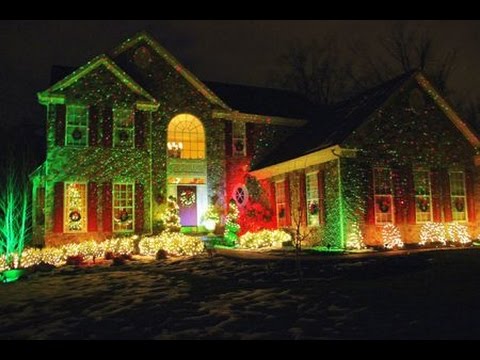 But the concern that’s beginning to surface is what happens when these lasers aren’t aimed just right.  Hitting a neighboring home or tree is one thing.  But in a few reported incidents planes have been hit. No one means any harm, but it can be just like those laser pointer incidents that have the aviation world concerned.

Ray Kollar is a flight instructor and says lasers being used for holiday decor can be worrisome.

There have been no reports of trouble in St. Louis thus far, but in a statement the FAA told us, “The FAA`s concern is that lasers, regardless of the source, not be aimed at aircraft where the beams can threaten the safety of a flight.”  “Consumers who buy laser light displays should take precautions to make sure that the lights are not shining into the sky.”

When officers arrived they found a man with at least one apparent gunshot wound. The victim was taking to an area hospital for treatment of life-threatening injuries and was pronounced dead.

ST. LOUIS - For years StLMugshots.com has posted dozens of daily mugshots showing people at their lowest points – many never even charged with crimes.

That recently changed when law enforcement began requiring the website to play by the same rules as TV stations – request a booking photo for someone who’s actually charged with a crime to get a photo.

This was the first time his three sons, who went on to become NASCAR Cup drivers, were able to join each other for the event at Tri-City Speedway in Granite City.

Florida man gets life in prison for killing girlfriend and daughter; judge called case ‘worst I have ever seen’

Department of Human Services, healthcare group prepare for increase in COVID cases due to Delta variant

‘I didn’t mean to startle anyone’: Body camera shows arrest of man found with guns, ammo in Chicago hotel

Stimulus check: Another 2.2 million payments sent out, here’s who will get them