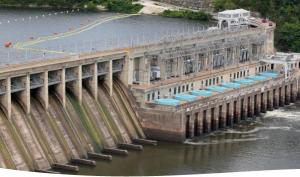 CAMDEN COUNTY, MO – Police are revealing more about a report of a group of men asking about the Bagnell Dam. Miller County Sheriff Bill Abbott tells Lake News that the Camden County Sheriff’s Office forwarded a security tip regarding the hydroelectric facility to the FBI.

Police tell KMIZ-TV that the incident happened about two weeks ago at the Golden Corral in Osage Beach. A deputy was eating lunch and the wait staff told him about the group of men. Staffers said the men were asking questions about the dam. They wanted to know if they could rent a boat and tour the dam.

The Camden County Sheriff’s Office tells Lake News that they received a tip about a group of “Middle Eastern” men asking about Bagnell Dam. The police department forwarded that report to the FBI and a joint task force on terrorism.

The Miller County Sheriff’s office have been in contact with the St. Louis security office for the dam. Patrols of the dam are continuing as normal.

“With recent things going on in our country and around the world, people are kind of a little bit more alerted. It’s everyone’s responsibility to watch out for each other. We all live in this community, and we’re going to notice things that seem out of place and if we don’t notify the proper authorities, who will?” Officer Corporal Scott Hines told KMIZ-TV.

Police say the report does not mean that there is any reason to be overly concerned. People should be aware and alert as they go about their business.