ST. LOUIS, MO (KTVI) - Thousands of motorists a day pass in front of the what was the Air National Guard Base at Lambert Airport. The fighter pilots and most of the other personnel from what was the 131 Fighter Wing were moved years ago to Whiteman Air Force Base in western Missouri as part of massive military base reduction. But the fighter planes on display out front could still be seen, all that was left of that unit.

On Friday, the second of those jets, an F-100, was taken down and loaded onto  a flatbed truck and will be moved to Whiteman.   It will be be part of tourist attraction there.

Chief Master Sergeant John Morrissey, who's been at the Air Guard base 23 years, said, "It is a sad day to see them go. But, I know that they're not gone and going to the bone yard. They're still part of our history but just at another location."

The F-4 Phantom was taken down from its pedestal earlier in the week. All that remains, an F-15 in front, which will moved early next week. The move will cost about $125,000

Lambert Airport spokesperson Jeff Lea said, "We have a very strong link with the military and Lambert's history. Certainly losing those planes you might forget that link once they're gone." 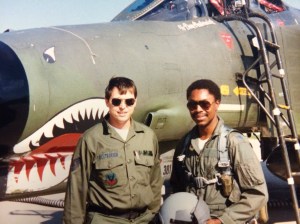 In 1986, Elliott Davis flew with a trio of F-4 Phantom jets from the Missouri Air National Guard unit.  His story was demonstrating the importance of the unit to the nation's defense. He calls it a "flight I'll never forget."

ST. LOUIS COUNTY - St. Louis County police officers were on the scene of a house in the 700 block of Regina Avenue in Lemay Sunday morning. Police say the call came out at approximately 9:40 a.m.

Two adults and one child were transported to area hospitals with injuries. The extent of these injuries are not know at this point.

EAST ST. LOUIS, Ill. — A 36-year-old southern Illinois woman has been sentenced to 18 months in federal prison in a medical hoax that tricked people who gave her money and other benefits. Sarah Delashmit of Highland pleaded guilty in October to multiple fraud charges after authorities claimed she defrauded nonprofit organizations by pretending to have muscular dystrophy and breast cancer. She must pay a $1,250 fine, forfeit items she received and pay about $7,600 in restitution. After her release, she must serve three years of court supervision. Her attorney didn't immeidately return a message seeking comment.

ST. LOUIS – Interstate 70 has reopened after a water main break shut it down Saturday evening near Union Boulevard in both directions, flooding the highway and causing an emergency rescue.

The St. Louis Fire Department says the massive water main break from Berkshire Boulevard spilled on the interstate, trapping vehicles in the standing water. It all happened around 7 p.m. Saturday evening. I-70 was closed between Union and Kingshighway.