BETHALTO, Ill. – A Godfrey Fire Protection District firefighter was killed Tuesday evening while battling a house fire in Bethalto.  The incident happened at home located in the 4000 block of Culp Lane.  The Fosterburg Fire Department was called to the scene, but upon arrival, a mutual aid call was sent out for assistance from surrounding fire departments.

According to the Madison County Sheriff’s Office, four firefighters were injured fighting the blaze.  The firefighter killed was Captain Jacob Ringering of the Godfrey Fire Protection District.  Ringering died from the injuries he suffered after a brick wall collapsed. 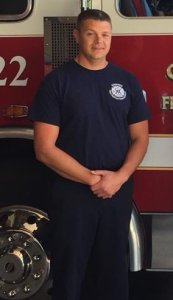 Three other firefighters were injured, with two being treated and released, and another Godfrey firefighter being flown to a St. Louis hospital where he is listed in stable condition.

Yes, Alexa is recording you. Here’s how to delete recordings from your Amazon Echo