ST. LOUIS, MO (KTVI) – The City of Kinloch held a special meeting today on the heels of a Fox 2 investigation about uninsured and unregistered police cars.  The meeting and our attempts to cover it are both in the news tonight.

We were following up on our investigation by attending a public meeting in which city leaders gathered to discuss the issues we raised.  A Kinloch Police Captain allowed citizens to enter the public meeting but told me we could not bring a camera inside.

I told him, “I’ve never heard of a closed public meeting.”

The Captain said, “You won’t be coming in sir.”  He motioned to other citizens behind me, “You two wanna come in?  Come on.”

The Captain answered, “No recordings.  No video.”

Kinloch is a small municipality off I-70, bordered by Ferguson on one side and Lambert Airport on the other. 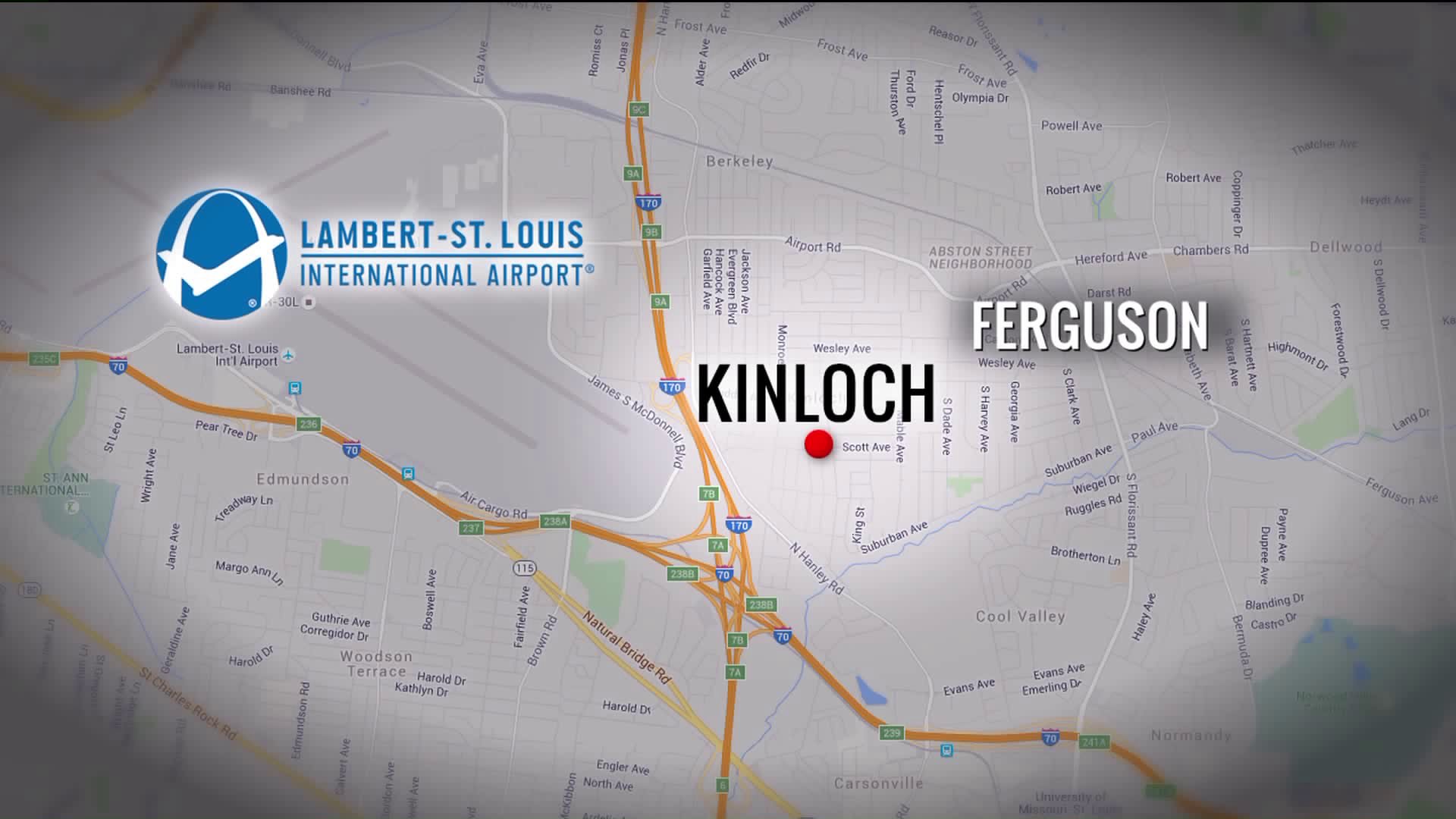 In last night’s Fox 2 investigation, we ran VINs on police cars finding one registered to a rural Missouri man.  Another comes back to a cab company.  Kinloch city officials told me they can’t afford to buy insurance for their cars or the city.  Though they met about it publicly, a sign on City Hall says “no audio or video recording of any kind is allowed in this building without prior written approval.” I went inside to get permission so that we would not be confrontational about our intent to cover the meeting.

An officer initially told me “yes,” it’s a public meeting, but the Captain later said “No.”

Captain –  “Either you come into the meeting without your camera or you don’t come in.”

Captain – “I’m not going to tell you again.”

Captain – “Give me your handcuffs.  You really wanna play this up?”

Captain –  “I’m telling you you’re not coming in here with a camera.  Now do you really want to play it up?”

Police cuffed me and shackled my leg to a holding bench.

They wrote court summonses for “disorderly conduct” and “failure to comply” and then released me after posting bail with a September court date. 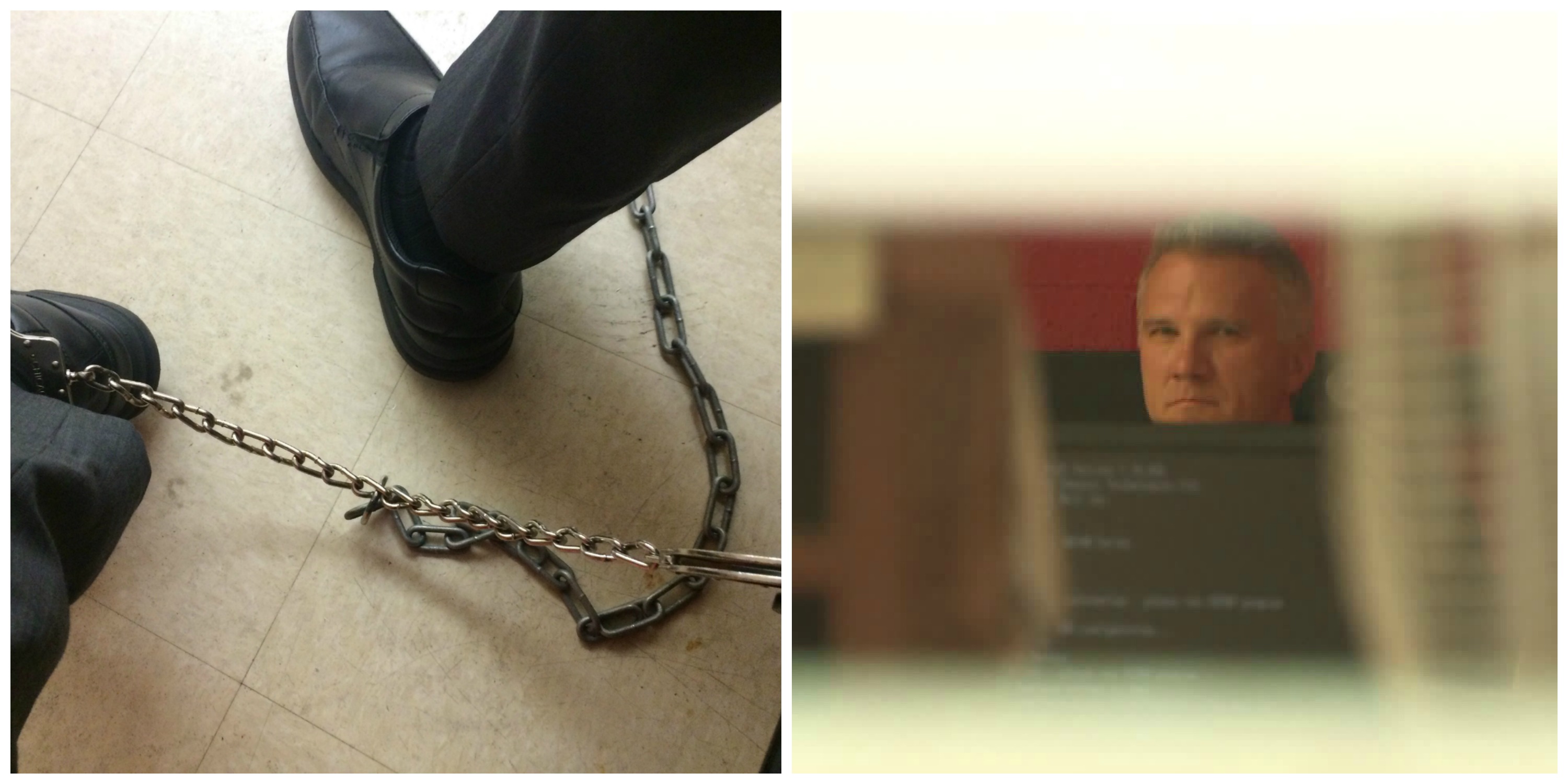 Meanwhile another Fox 2 employee attended the meeting without a camera.  City Leaders talked about dissolving the police department but decided to fight through their financial struggles and continue policing without registering or insuring their squad cars.

Citizens were inside with cameras, including one man who told us, “The press, you know they are public.  They cover news and I think that they should be able to have that.  They ain’t going in there with no weapons and no guns.  Are they scared to take cameras because they might tell the truth?”

Again, the Board of Alderman made no decision on the issues we raised in our investigation.  Missouri Statute is clear we were allowed cameras in a public meeting.  When an officer initially gave me “permission” to enter with a camera, that wasn’t something that I was required to obtain from the officer.  I had hoped to avoid a confrontation by letting officers know I was there to cover the public meeting and that I’d be walking in soon with a photographer.  They all said “of course, it’s public.”  I had the prior conversation so that they would not think I was simply ignoring their sign.  It’s also important to remember we’ve covered public meetings in Kinloch before and never been barred from taking cameras inside, despite that sign.