GLENDALE, Mo. – Police in Glendale have released doorbell camera images of a man they believe committed a home invasion over the weekend.

According to Captain Bob Catlett, a spokesman for the Glendale Police Department, the home invasion occurred at 2 p.m. on Saturday, November 16, in the 700 block of Bismarck Avenue.

The victims were made to lie face down on the floor during the robbery.

After news of the home invasion went public, residents of the 800 block of Glen Elm Drive, which is located just over a mile from where the crime occurred, contacted Glendale police to report seeing a man with a similar description.

Detectives now have a better description of the suspect thanks to pictures taken by a doorbell camera at a home in the same neighborhood where the armed invasion happened.

Police have released three pictures, two of the suspect and one of a vehicle.

It is believed to a black Jeep Patriot.

While there were three persons at home at the time of the home invasion, they were not physically hurt. After Glendale police posted information about the home invasion on social media they heard from other residents.

“We got several phone calls from residents about a mile away that said half-hour to 45 minutes to an hour just prior to the home invasion they had been approached by someone matching the description given by our victim saying this guy approached them and said I’m looking for I’m new to the area I’m looking for my lost dogs,” said Bob Catlett, Captain Glendale Police Department. 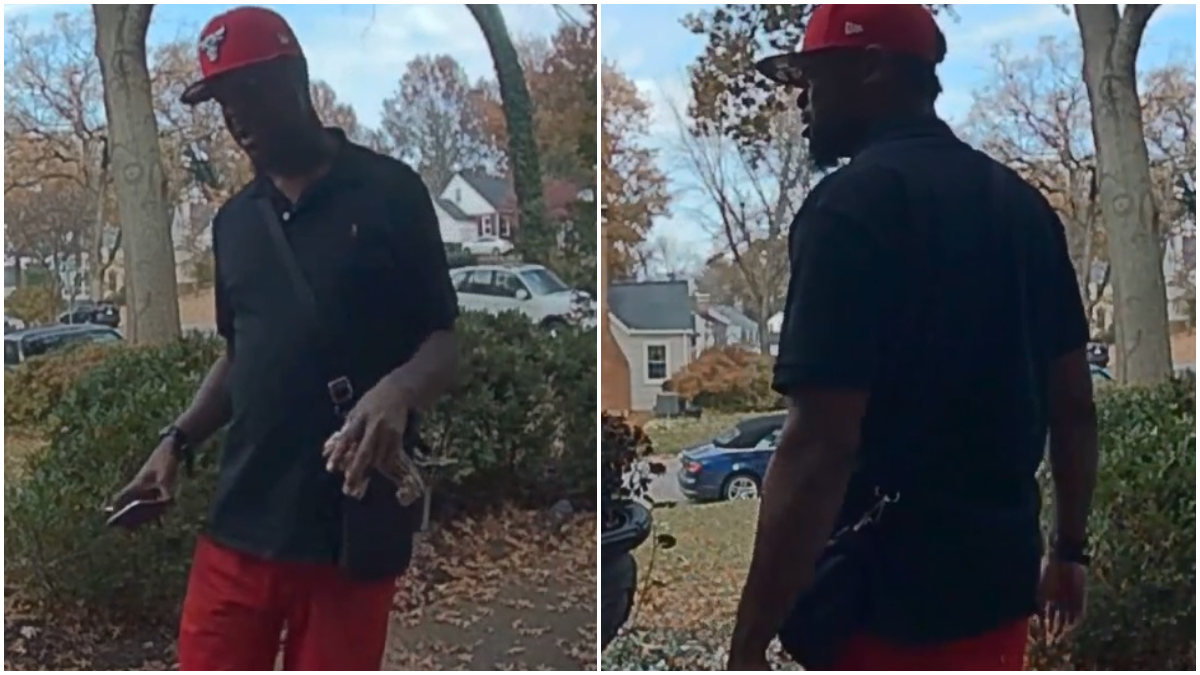 The homeowner on Glen Elm Drive said the man was driving a black Jeep vehicle, believed to be a Jeep Patriot. The encounter was recorded on the homeowner’s Ring doorbell camera.

Authorities showed the doorbell camera video to the victim, who identified the man as the suspect in the home invasion.

Police described the suspect as an African-American man in his mid-to-late 20s, approximately 5’9″ or 5’10” tall, slim to medium build, some facial hair, and tattoos on his neck. He was wearing a red Chicago Bulls baseball cap, a black Polo-style shirt, red pants, dark-colored shoes, and carrying a dark-colored, satchel or handbag.

Anyone with information on this man’s identity or whereabouts is asked to contact the Glendale Police Department at 314-965-0000 or CrimeStoppers at 866-371-TIPS. 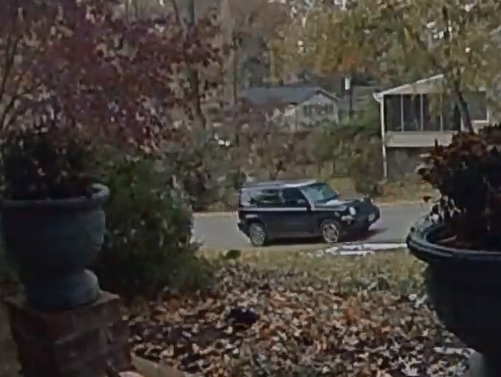