SPRINGFIELD, Ill. (AP) _ Illinois House Speaker Michael Madigan has asked for an outside review of whether he or his staff retaliated against a lawmaker for speaking out on sexual harassment. 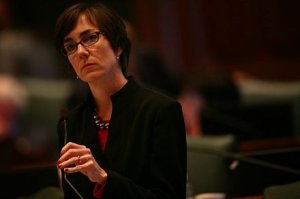 The Chicago Democrat released a letter Tuesday to Legislative Inspector General Julie Porter. It seeks a probe into claims by Chicago Democratic Rep. Kelly Cassidy that the interference of Madigan allies forced her resignation from a part-time job with the Cook County Sheriff’s Department.

WMAQ-TV reported Monday that Cassidy contends she’s a target because she called for an independent investigation in February of allegations that staff members in Madigan’s political operation had not been properly disciplined for sexual harassment.

The Senate Women’s Caucus issued a statement Tuesday backing Cassidy and demanding an outside investigation. So did Democratic candidate for governor J.B. Pritzker

ST. CHARLES COUNTY, Mo. - Police are asking for the public's help to find a missing teen who may have run away from home. Dillion Weber, 16 was last seen in the 1500 block of Sherman Drive on the evening of Sunday, May 31. He may be wearing red tennis shoes.