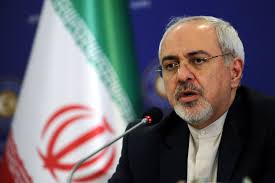 Iranian Foreign Minister Javad Zarif didn’t specify what those measures would be, but he affirmed in a tweet that anyone with a valid visa would be welcomed.

“Unlike the U.S., our decision is not retroactive. All with valid Iranian visa will be gladly welcomed. #MuslimBan 7/7” he wrote.

Iran is among seven countries whose nationals are barred from entering the United States for 90 days under Trump’s order, signed Friday.

Earlier, CNN and some other media organizations reported that Iran was banning Americans from entering the country. The foreign affairs ministry says it is considering what action to take.

“The US decision to restrict travel for Muslims to the US, even if for a temporary period of three months, is an obvious insult to the Islamic world and in particular to the great nation of Iran,” the Foreign Affairs Ministry statement said.

“Despite the claims of combating terrorism and keeping American people safe, it will be recorded in history as a big gift to extremists and their supporters.”

Iran will take “proportionate legal, consular and political action and … will take reciprocal measures in order to safeguard the rights of its citizens until the time of the removal of the insulting restrictions of the government of the United States against Iranian nationals.”

The other six countries listed in Trump’s executive order are Iraq, Syria, Libya, Somalia, Sudan and Yemen. Other nations may be added. The order exempts diplomats and members of international organizations from the ban.

The executive order also stops the admission of all refugees to the United States for four months.

The United States and Iran have not had formal diplomatic relations since April 1980, when President Jimmy Carter cut ties during the Iran hostage crisis. American interests in Iran are represented by the Swiss Embassy in Tehran.

The US State Department has warned Americans for years about the risks of traveling to Iran.

The most recent travel warning, updated on the department’s website in August 2016, says Iran unjustly imprisons US citizens, especially Iranian-Americans, on charges of espionage and being a threat to national security.

Another source of friction between the United States and Iran is the future of the nuclear deal negotiated during former President Barack Obama’s administration.

Trump said during the campaign that he would renegotiate the deal, but Iranian President Hassan Rouhani has said that won’t happen. “Do you think we and our nation will let him do that?” Rouhani said.

Clarification: An earlier version of this article suggested that Americans would be banned from entering Iran. The Foreign Ministry statement says Iran has not yet decided on specific actions, but that it would consider legal, political and retaliatory measures against President Trump’s executive order.

ST. LOUIS – Big changes are coming to the Skinker DeBaliviere neighborhood of St. Louis with the groundbreaking of a $90 million development near Forest Park.

The development, which the Bi-State Development Agency owns, hopes to capitalize on nearby public transit.

JEFFERSON CITY, Mo. - Voters will head to the polls in less than a week, but in Missouri, there are two amendment questions on the ballot including a question in how state legislative districts are drawn in the state.

Amendment 3 could return the state to a bi-partisan committee for redistricting and lower contribution limits and lobbyist gifts, but how would this affect the voter? It could change the lawmaker representing you.

EUREKA, Mo. - Due to COVID-19, many holiday celebrations are in flux. But some traditions expect to be busier than ever.

This week’s rain isn’t a problem for the busy elves at Santa’s Magical Kingdom in Eureka. The recent stretch of warm, dry weather has gotten them ahead of schedule.

2021 income tax brackets released: Where do you stand?