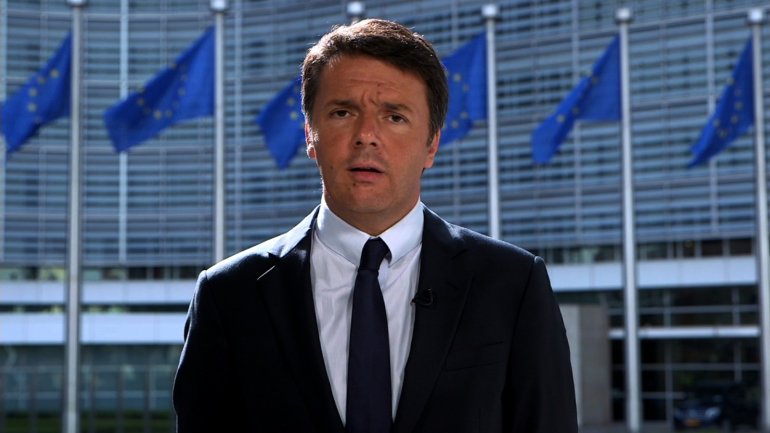 Italian Prime Minister Matteo Renzi told a press conference of journalists in Rome that he concedes an “extraordinary clear” referendum defeat in the Italian constitutional referendum and will resign on Monday.

“Tomorrow the President of the Republic will have a meeting with me and I will hand in my resignation,” Renzi said.

He continued: “I take on full responsibilities for defeat and so I say I lost, not you.”

“I believe in the rules of the elections so it is important to have a consistent approach….when you lose you cannot pretend that nothing has happened and go to bed and sleep. My government ends here today,” he said.

Renzi concluded by saying “long live Italy, all the best.”

Polls have closed and the counting has begun in Italy’s constitutional referendum, which could drastically change the political landscape of the eurozone’s third-largest economy. Exit polls suggest the “no” camp could get more than 54%.

Center-left reformist Prime Minister Matteo Renzi had called for changes to the constitution with the promise of stimulating Italy’s sluggish economy. He said he would resign should it fail. For many Italians the ballot had become something of a vote of confidence in the leader.

Proponents of the referendum said the goal was to make the job of governing Italy less complicated, by cutting the number of members in the upper chamber of Parliament from 315 to 100.

But critics say the changes would also abolish an important check on the lower house’s power.

The referendum also came amid fears of a wave of populism spreading across Europe.

What does it mean for the banks?

There are fears a “no” vote could further shake up the country’s financial stability, considering that its banks are already downing in bad debt.

Investors, fearful of the political turmoil, could demand a much higher price for providing the money some banks urgently need.

A few banks might then be unable to pay that price or find willing backers, leaving them in need of a state bailout.

By Azadeh Ansari and Ben Wedeman

ST. LOUIS - It's officially been fall for nearly a week now but it hasn't felt like it outside, but that's all about to change.

With the leaves falling it's starting to look like fall but come Monday it will start to feel like it.

ST. LOUIS - Youth sports were previously banned in St. Louis because of COVID-19 concerns, but now a spokesperson for St. Louis Mayor Lyda Krewson told FOX 2 there is now a path forward for youth sports to resume such as football and soccer.

The Department of Health for the City of St. Louis is accepting operational guidelines and testing plans from schools and teams for each athletic activity or sport that — if approved by the city — would allow for competition among high and medium contact sports such as football and soccer to resume.

MAPLEWOOD, Mo. - A Maplewood mother is on a mission after she lost 11 of her family members who live in Albany, Georgia all due to COVID- 19.

She is now showing kindness to those who need it most.