It will be a mix of old and new for the Woodstock 50 Music and Arts Fair.

The event celebrates the 50th anniversary of the historic Woodstock music festival, held from August 15 to 18,1969, in New York’s Catskill Mountains. 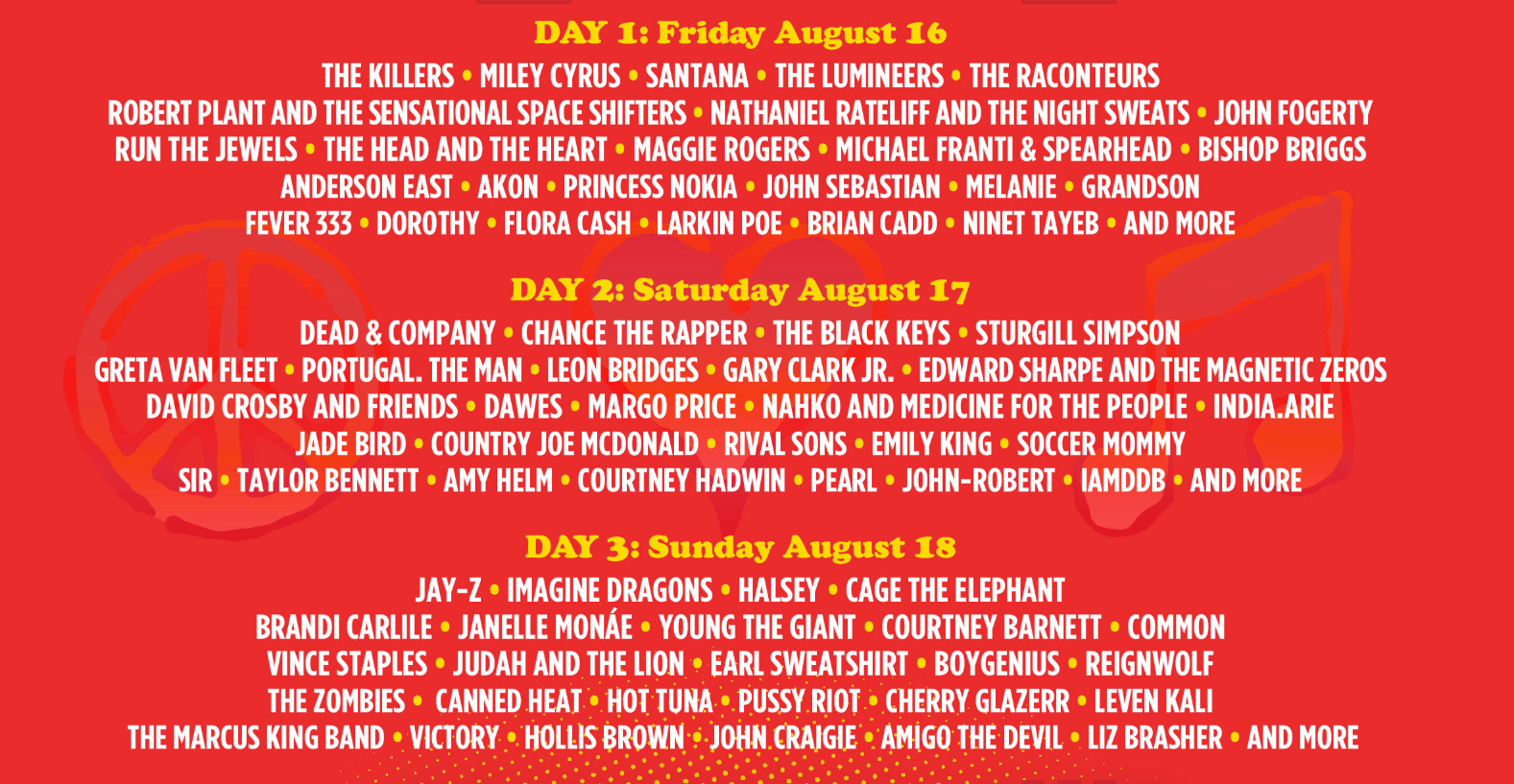 Billed as “three days of peace and music,” it was inspired by the civil rights, women’s rights and anti-war movements and became a defining cultural and historical moment attended by hundreds of thousands.

“We’ve lined up artists who won’t just entertain but will remind the world that music has the power to bring people together, to heal, to move us to action and to tell the stories of a generation,” said Michael Lang, co-founder and producer of the 1969 and 2019 Woodstock festivals.

“Our hope is that today, just as in 1969, music will be the constant that can inspire positive change,” he said.

Tickets for Woodstock 50 go on sale on Earth Day, April 22.

HILLSBORO, Ill. (NEXSTAR) -- The Logan County Sheriff's Office attempted to transfer seven inmates to the state-run Graham Correctional Center in Hillsboro on Wednesday night, but when the transport vehicle arrived at the state prison, two of the seven inmates tested positive for Covid-19.

The Department of Corrections would not accept the inmates who tested positive, which sparked a short standoff between the state and local agencies. The Logan County transport vehicle insisted the inmates be transferred, and refused to leave the parking lot for a period of about two hours after their tests came back positive, two sources said.

TIJUANA (Border Report) -- Baja California officials claim it will be extremely difficult to allow bars and nightclubs in the city to reopen in the near future.

In recent days many bar owners have pushed to get their businesses open again.

The post in question showed a clip of Trump claiming during a Fox News interview that children are "almost immune" from COVID-19.