As a result, St. Louis Circuit Judge Michael Mullen ordered Bryonta Haywood, 25, released on his own recognizance with the stipulation that he is to stay off of Metro buses, MetroLink trains, bus stops, and train stations.

He’s accused of threatening to blow up the Lewis and Clark library branch in front of multiple patrons and workers, June 25th.

He was released from jail and St. Louis County Circuit Judge Jason Dobson banned him from the library. 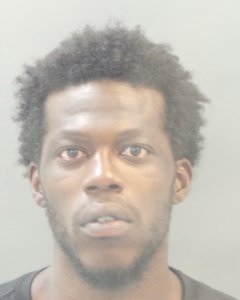 About 2 weeks later, police arrested him at a Metro bus station on Riverview in North St. Louis.  Haywood allegedly threatened to bash a security officer with a chunk of concrete before throwing it at the officer’s feet.

He was again released from jail on his own recognizance.

That same day, police arrested him again for allegedly going to the Metro station near Enterprise Center in Downtown St. Louis and refusing to leave.

He was arrested again for trespassing at the same station 5 days later, with police saying he threatened to kill 2 officers.

A witness to one of the arrests wasn’t sure what to think, saying she’d never seen him hurt anyone. “Hopefully it doesn’t get to that point. It makes you nervous but the Metro security up here is real good,” the woman said.

Internal emails revealed county workers mistakenly returned two of the dogs to the person who’s still being prosecuted for his treatment of them.

ST. LOUIS - Many students in the Francis Howell School District will go back to the classroom five days a week when school begins.

Superintendent Dr. Nathan Hoven said about 25 percent of parents in the district chose the all virtual academy while the other 75 percent chose in-person schooling.

GRAND RAPIDS, Mich. (WOOD) — Police are investigating after 17 vehicles were stolen from a Michigan auto dealership set to hold its grand opening this weekend.

It happened overnight at the new Autowest of Grand Rapids.

2nd federal prisoner at Marion dies this week of COVID-19