Skip to content
Breaking News
Breaking News
Map of St. Louis area COVID-19 cases – MO: 775 deaths/ 13,327 cases IL: 5,390 deaths/ 120,260 cases.
Live Now
Live Now
Mayor Lyda Krewson holds coronavirus briefing
This is an archived article and the information in the article may be outdated. Please look at the time stamp on the story to see when it was last updated.

ST. LOUIS, Mo. — A 10-year-old is honoring the lives of first responders and people in military service through running. Zechariah is raising money for the Tunnel to Towers Foundation by jogging 1-mile for every fallen officer who lost their lives while on duty in 2018 and 2019. Last night he chose to honor a St. Louis area officer.

Last year, Zechariah raised $11,250 for the foundation and is dedicated to carrying on the honor of Stephen Siller, Walwyn Stuart and all our fallen First Responders from 9/11. So far he has raised $44,000 of the $50,000 goal.

Zechariah runs with a blue line American flag with an officer while followed by police vehicles with sirens on in this Facebook video:

The funeral for a Missouri police officer killed in the line of duty will be Monday in St. Louis.

North County Police Cooperative Officer Michael Langsdorf was shot to death Sunday while answering a call about a bad check at a market in the St. Louis County town of Wellston. Langsdorf was a 40-year-old father of two. He was a longtime St. Louis city officer who had been with the police cooperative for just three months.

Visitation will be from noon to 6 p.m. Sunday at Hoffmeister Colonial Mortuary in St. Louis. The funeral is at 10 a.m. Monday at the Cathedral Basilica of St. Louis, followed by burial at Resurrection Cemetery.

A memorial for officer Langsdorf is growing at the North County Police Cooperative’s location at Page and Macklind. 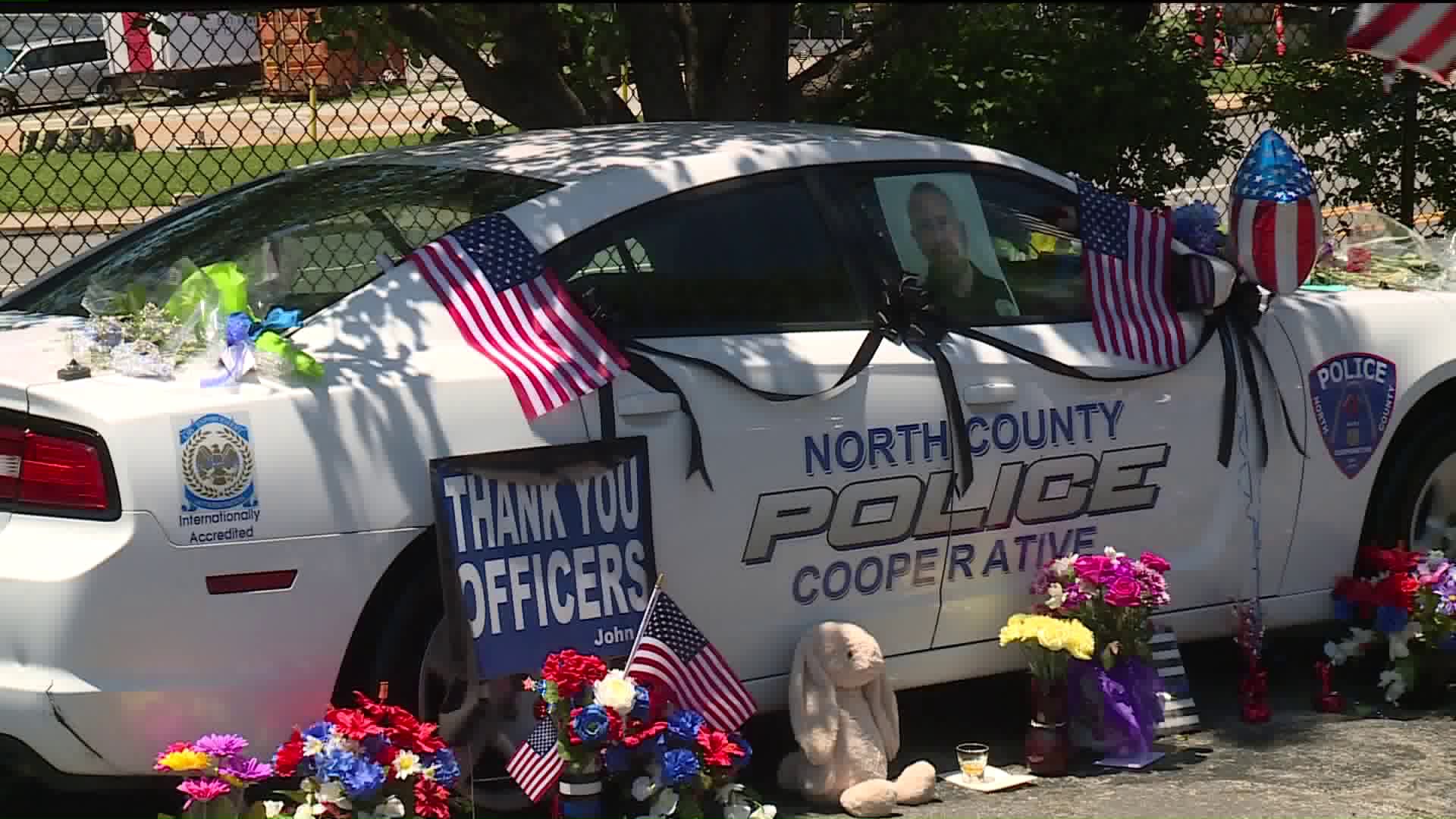 The 2020 Atlantic hurricane season is officially underway as of Monday, June 1.

Both N.C. State and Colorado State are calling for an above-normal season. And NOAA forecasters are saying the same, with a 60 percent chance of an above-average season.

WASHINGTON (AP) — Federal health authorities have received reports of nearly 26,000 nursing home residents dying from COVID-19, according to materials prepared for the nation's governors. That number is partial and likely to go higher.

A letter from the Centers for Medicare and Medicaid Services and the Centers for Disease Control and Prevention reports more than 60,000 cases of coronavirus illness among nursing home residents. A copy of the letter to governors and an accompanying chart were provided to The Associated Press.

ST. LOUIS - Mayor Lyda Krewson is expected to hold a coronavirus briefing from St. Louis City Hall this afternoon. Today is when more things start to reopen in St. Louis.

Updates: List of businesses and venues reopening in the St. Louis area

Updates: List of businesses and venues reopening in the St. Louis area