ST. LOUIS, MO (KTVI) – Some attorneys say there’s a legal loophole that drivers can use to get through sobriety checkpoints and not speak with officers. It’s called the Fair DUI Flyer. Thanks to social media it’s gone viral.

Florida attorney Warren Redlich posted video on YouTube of him passing through a sobriety checkpoint with his self created flyer. A ziplock bag hangs out of his closed window displaying his driver’s license, insurance card and registration and his flyer that reads I will remain silent, comply with state law but am not opening my window.

At that checkpoint in Boca Raton, and another checkpoint in Miami that he posted video of, he is waived through without speaking a word to officers.

“Because the second you open your window they can say they smell alcohol,” said Warren Redlich.

We asked a St. Louis criminal attorney if it would work in Missouri.

“There’s a practical side and there’s a legal side. Is there a chance an officer is going to break your window out and pull you out of your car? It could happen. But, the legal answer is yes, it’s completely legal. When you roll into a DUI checkpoint you do not have to roll down your window, you do not have to speak you do not have to get out,” said Matt Fry an attorney with Rosenblum, Schwartz, Rogers & Glass.

DUI checkpoints became legal in 1990 under a ruling from the US Supreme Court. But, some lawyers say the supreme court never specified a driver’s actions once in that checkpoint.

Redlich now has Fair DUI Flyers tailored to laws in over 12 states online.  His video tutorial on how to use it has been viewed on YouTube more 2.4 million times.

We tried to get interviews with a number of police departments including The Missouri Highway Patrol and St. Louis County Police.

St. Louis County police say they are aware of the YouTube video and are looking into it.  They are talking to the prosecuting attorney’s office to find out what they can and cannot do if someone uses these flyers at one of their checkpoints.

Mothers Against Drunk Driving oppose the flyer, concerned that it’s encouraging intoxicated drivers to get away without consequences.

This is a flyer that a St. Louis attorney is distributing: 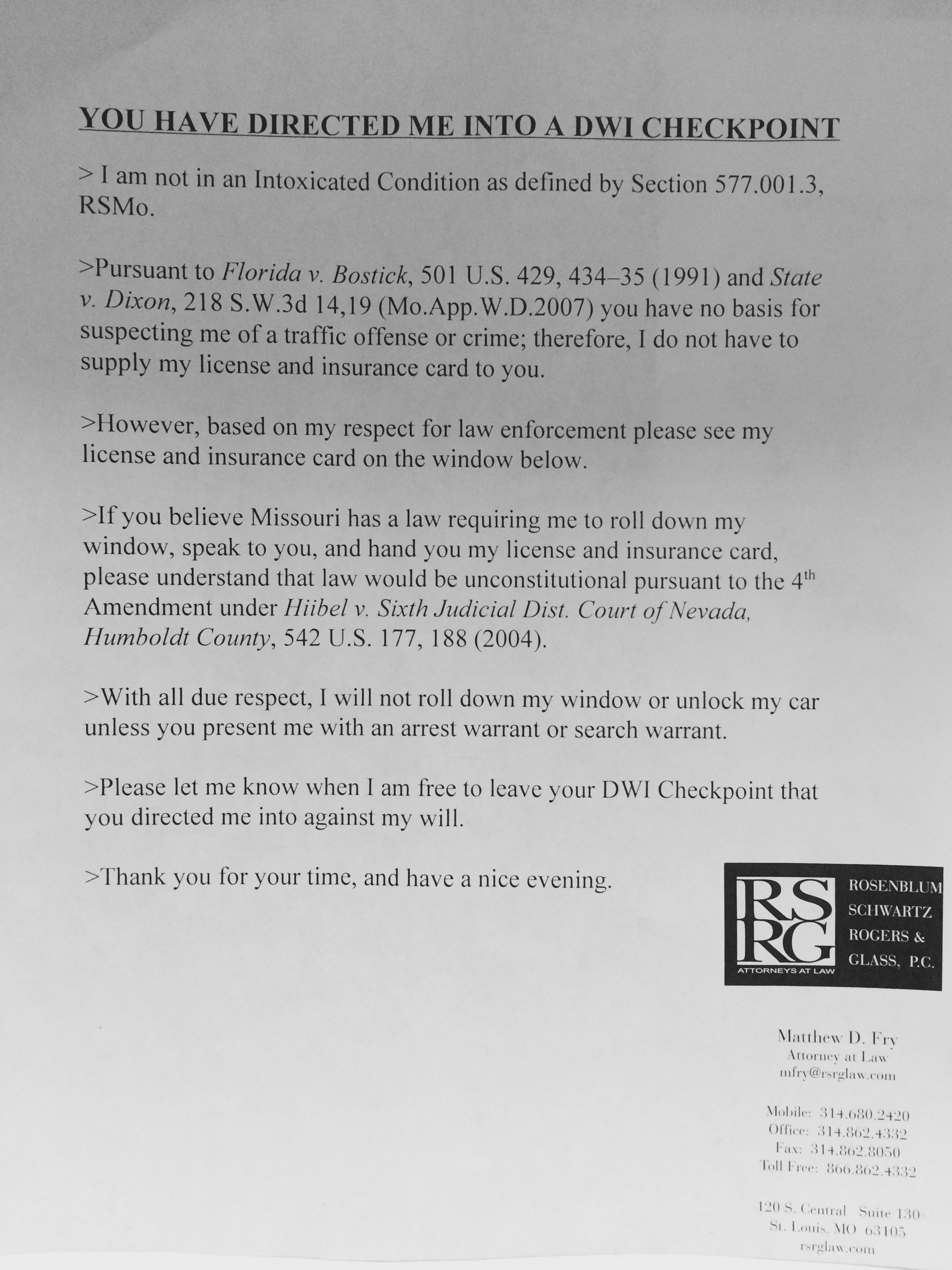