FARMINGTON, Mo. (AP) _ More than two months after St. Francois County, Missouri’s Humvee was stolen, a suspect is in custody.

The Daily Journal newspaper in Park Hills, Missouri reports that 37-year-old Michael Gray of Farmington is charged with first-degree tampering with a vehicle. He is suspected of stealing a 1990 Humvee that had been acquired through a Defense Department program. 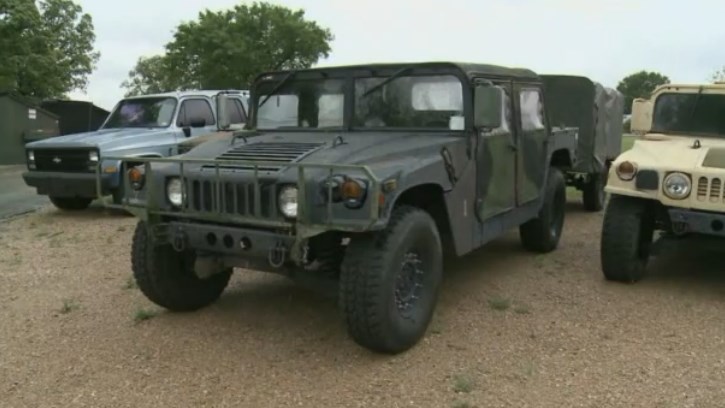 The vehicle was used in a smash-and-grab crime at a restaurant in Ste. Genevieve County after being stolen. It was found in May, about 40 miles outside of Jacksonville, Florida.

Bullock says the vehicle had been driven at a fast speed, causing engine damage.

CHESTERFIELD, Mo. - There are concerns over black ice and refreezing on roadways Thursday morning after Wednesday's winter storm.

There is still some leftover snow on bridges in the area which could pose a hazard with slick spots on elevated surfaces like bridges along with overpasses and ramps.

ST. LOUIS - Thursday is the 35th anniversary of the space shuttle challenger disaster. Among those lost was the first teacher in space, Christa McAuliffe.

There is a tribute to teachers Thursday at the Challenger Learning Center in Ferguson.

CHESTERFIELD, Mo. – New video of a crime trend on the rise: thieves stealing storage trailers not knowing what's inside of them.

It's just happened in Chesterfield again. The last time a thief there ended up with a hot air balloon in late August. The balloon and basket—but not the trailer—have just been recovered in Eureka, police said.