(CNN) — A man suspected of beheading a woman and stabbing another at an Oklahoma workplace had recently been fired, police said Friday. 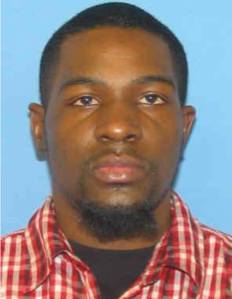 Alton Alexander Nolen, 30, was terminated from his job at Vaughan Foods just before the rampage Thursday afternoon in Moore, Oklahoma, said Sgt. Jeremy Lewis of the Moore Police Department.

Earlier Friday, U.S. law enforcement officials said there were no indications of a link to terrorism.

The incident happened at the Vaughan Foods processing plant in Moore, about 10 miles south of Oklahoma City.

Nolen and the surviving victim were hospitalized. Both are listed in stable condition.

Get full details at KFOR.com

ST. LOUIS, Mo. – Ameren Missouri just announced they will be providing an additional $500,000 of energy assistance to customers across the state, due to the financial crisis amid COVID-19. This is in addition to the $4 million they have previously pled.

"We know there are many families struggling with their expenses who don't qualify for existing programs, but have been deeply impacted by the pandemic," explains Marty Lyons, chairman and president of Ameren Missouri. "We want those families to know we are here to help in this critical time of need. This new round of Clean Slate will support even more customers as we head into the colder winter months."

OVERLAND, Mo. - A portion of St. Louis County is under a precautionary boil water advisory after a water main break. The alert was issued on Wednesday morning and is expected to last around 24 hours.

A map provided by Missouri American Water provides the exact location of the advisory. It appears to affect Overland near Maryland Heights, Missouri.

ST. LOUIS - For fans of the movie National Lampoon’s Christmas Vacation and the Griswolds, Sam's club is creating a virtual shopping experience inspired by the family's Christmas themed home.

The experience will include trivia, interactive elements, and places for viewers to shop for toys, food, and more.

Illinois shares the science behind its mitigation efforts

Your ballot: Which Missouri judges should be retained? Lawyers share reviews