Skip to content
Breaking News
Breaking News
IL: 4,790 deaths/ 107,796 cases; MO: 681 deaths/ 11,988 cases. List of St. Louis area coronavirus disruptions
This is an archived article and the information in the article may be outdated. Please look at the time stamp on the story to see when it was last updated. 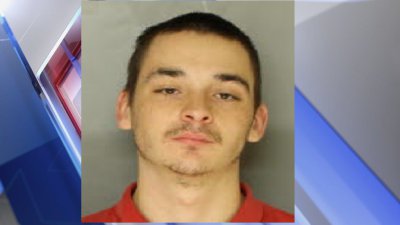 Lancaster County, PA (WPMT) — On Friday, morning at about 11:45 a.m, Ephrata Police responded to 609 E. Main Street to Magisterial District Judge Tony Russell’s office for a report of a male in the lobby who appeared to have possibly overdosed. When police arrived on the scene they encountered 23-year-old Brandon Rea, of Ephrata unresponsive in the lobby of the district justice office.

Rea was accompanied by his 4-year-old son. Rea became coherent shortly after Ephrata Police arrived. Police determined that Rea had intentionally inhaled a noxious gas multiple times while directly outside the office and in the lobby. Police also found Rea to be in possession of an aerosol can.

Rea was charged with Endangering the Welfare of a Child and other counts related to the use of noxious gases. He was taken to Lancaster County Prison based on a detainer being issued for violation of probation.

ST. LOUIS - The Missouri Highway Patrol says a De Soto woman has died in a head-on crash. The St. Louis Post-Dispatch reports 75-year-old Barbara Shaffer died after a crash Saturday. The newspaper reports Shaffer was driving an SUV northbound on Missouri Highway 47 in an area that's about 60 miles southwest of St. Louis. A 24-year-old man driving southbound lost control of his vehicle and hit Shaffer. She was taken to a hospital and pronounced dead. The man's SUV also ran off the road, flipped and hit a fence. He was taken to a hospital for minor injuries.

Just because you can go to the beach or bars doesn't mean it's time to let your guard down. In fact, some states are seeing new spikes in coronavirus cases.

"With the country starting to open up this holiday weekend, I again remind everyone that the coronavirus is not yet contained," said Dr. Stephen M. Hahn, commissioner of the US Food and Drug Administration.

(CNN) -- A federal judge on Sunday ruled that former felons in the state of Florida can't be barred from voting because they still owe court fines or fees that they are unable to pay.

Missouri’s Lake of the Ozarks packed amid COVID-19 pandemic