CRAWFORD COUNTY, Mo. – There is a manhunt in Crawford County in the Steelville area for a man suspected of burglarizing several churches and setting one of them on fire.

“When I see this, my heart is just troubled,” said Pastor Clifford Bridgeman, Cherryville Church of God.

Investigators believe 28-year-old Ryan Radel of Steelville broke into the church early Friday morning, burglarized it, then set fire to the building.

The pastor said the damage to the building is so extensive that it’s been deemed a total loss and will have to be torn down. 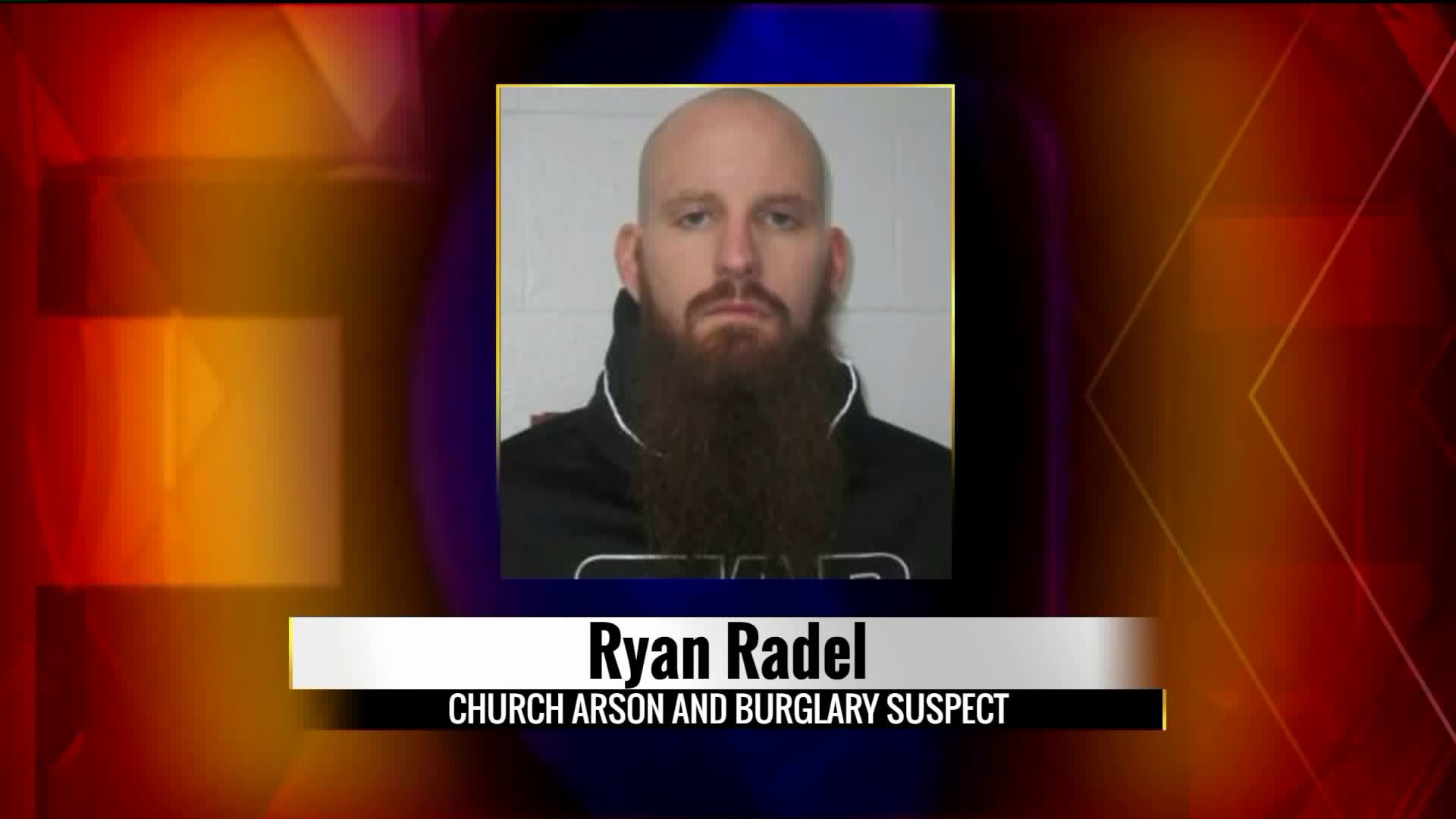 “I’ve been trying to be tough like a tough man. But when you see something like this, that you’ve been at for so long, it just tears me up really,” Bridgeman said.

Authorities believe the fire began in the basement area.

Bridgeman said he poured his heart into the church. He and his brother did major remodeling to the church. And now much of it is gone.

The pastor said several items were stolen as well.

“He stole all of our monitors because we had recorders outside. He took all of them. Up here he took a guitar, a guitar stand, two mics, and an accordion. And the accordion was about 40 years old,” he said.

Major Adam Carnal, Crawford County Sheriff`s Department, said five to six churches have been burglarized recently in the county. He said Radel may be responsible for at least four of them.

Investigators are familiar with Radel in part because he is a registered sex offender who is required to check in regularly with authorities.

Carnal said Radel is a heroin user. He believes Radel is stealing items from the churches then pawning them to get money to buy narcotics.

Carnal said investigators are intensely searching for him.

“At this point, he’s got limited resources,” he said. “Obviously, his face is out there. The majority of people in the community are aware that we’re looking for him.”

Pastor Bridgeman said Radel has no connection to his church. He wants Radel caught but he is not angry at him.

“If they catch him, I hope his Lord forgives him. I’m still looking for justice. It’s not a hate justice, it’s just justice,” he said.

Pastor Bridgeman said he plans to rebuild in the same area.

MICHIGAN- An animal shelter in Saginaw County captured these adorable images of an adorable pooch who is expecting puppies later this month.

Saginaw County Animal Care and Control did a full photoshoot for the mom to be. Jazz was draped in flowers and got full royalty treatment.

Officials say it's part of a phased approach to cut costs for families. Another phase of that plan kept tuition prices flat for the past four years.

The negative test came on the same day Gov. DeWine tested positive after he took a test for COVID-19 as part of the standard protocol to greet President Donald Trump on the tarmac at Burke Lakefront Airport in Cleveland.