RICHMOND HIEGHTS, MO (KTVI) – A special dog with three legs is missing his four wheels. That special dog is Marshall the Miracle Dog; we first introduced you to the yellow lab   three years ago. Marshall proudly stands on three legs and needs the van to get around to continue sharing his message of hope.

Marshall the Miracle Dog is a celebrity dog full of style.  Marshall was rescued from a home with over 60 dogs from an animal hoarder. Bite marks left a hole in Marshall’s cheek, the size of a tennis ball, and his front leg was so mangled doctors had to amputate. “He died three times during the operation at the Humane Society. This dog knows he has a purpose, “said his owner Cyndi Willenbrock

Marshall is now a movie star with a book.  The yellow lab is part of a nationwide effort focused on bullying prevention and the mistreatment of animals.  Base on the children`s book written   by Marshall owner Cyndi Willenbrock.

The movie he’s featured in was filmed right here in St. Louis.  Marshall along with his owner travels the country visiting schools everyday carrying his bully prevention message.  “We just put 30,000 miles on that this year going coast to coast. We have been in about 400 schools, 150,000 kids, sharing his bullying prevention message,” said Willenbrock.

The van used for traveling was stolen from their yard in Richmond Heights Sunday, evening around 6:30 pm. The second row of seats has been removed so Marshall can easily walk in and out of the van. 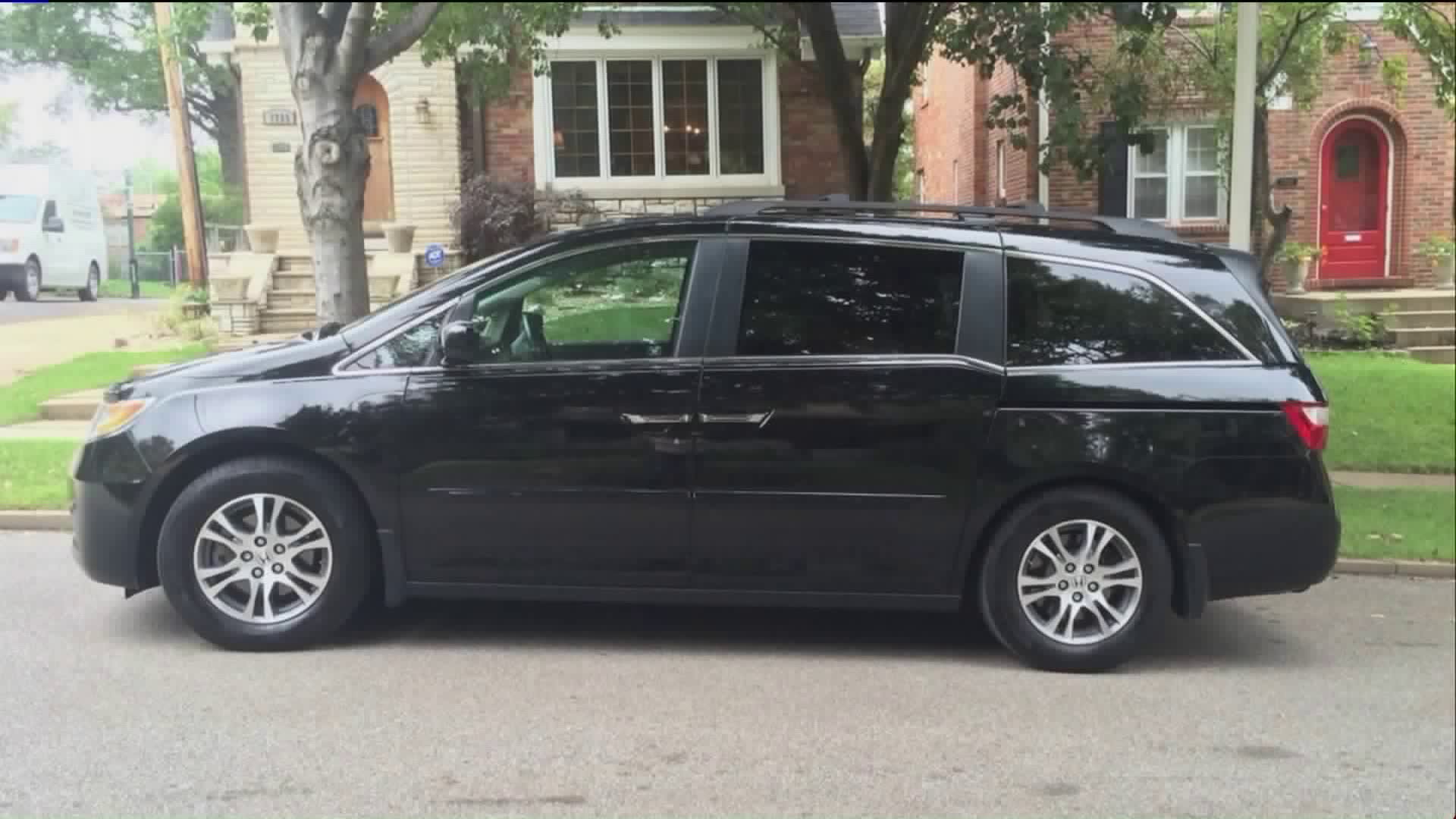 Willenbrock says the back of the van was filled with copies of the book and DVD’s of his movie.

The Richmond Heights Police Department released this description and photo of the stolen van.

The van is a black 2011 Honda Odyssey with Missouri plates SM2JOJ.

Anyone with information about the missing van is asked to call the Richmond Heights Police Department.