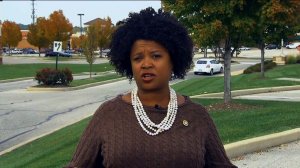 JEFFERSON CITY, Mo. (AP) _ Two Missouri lawmakers are clashing after one accused the other of giving her an unwanted hug and calling her “boo,” which the other forcefully denied.

Sen. Maria Chappelle-Nadal on the Senate floor Tuesday accused Rep. Joshua Peters of grabbing her and giving her a “forceful embrace” earlier in the day. She says he harassed her and she won’t tolerate it.

Peters in a statement said he didn’t touch Chappelle-Nadal or call her “boo,” a term sometimes used to refer to a girlfriend or boyfriend.

Peters says he will sue Chappelle-Nadal if she continues to make what he described as false statements.

Both are St. Louis-area Democrats.

According to our news partners at the St. Louis Post-Dispatch, the first student death occurred on the evening of Sept. 11. The second death took place Sept. 21 inside a residence hall.

Buying a home is an investment—and an increasingly expensive one. The median value of a home in the United States today is $281,370, an 11.6% increase over the last year. Meanwhile, the median monthly housing cost for a home with a mortgage is $1,558 and $490 without a mortgage.

Stacker compiled a list of cities with the most expensive homes in Jefferson City, MO metro area using data from Zillow. Cities are ranked by the Zillow Home Values Index for all homes as of July 2021.

ST. LOUIS – A 20-year-old shooting victim says police have only recently begun investigating, more than a month after the frightening ordeal. Kemeric Winston says he was shot in the head on July 29 while driving on Interstate 70.

“I was driving down the highway, singing my song, and it just like, it’s like I went to sleep,” he said.

4 in custody after police pursuit ends in O’Fallon, Mo.