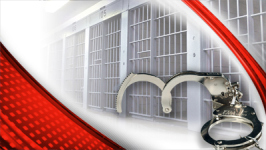 ST. LOUIS (AP) _ Three men have been sentenced to life in prison for killing a woman outside a St. Louis White Castle restaurant before she could testify in an assault case.

A judge sentenced Leon Moss, Christopher Spates and Donald White on Thursday. They were convicted in October of first-degree murder and armed criminal action. Their victim was Moss’s ex-girlfriend, 36-year-old Angie Young.

Moss was facing trial on an assault charge that could have earned him 15 years in prison at the time of the August 2011 attack. Young, a single mother, was supposed to be the complaining witness.

She was shot 11 times while in her car.

CLAYTON, Mo. — An advisory board is renewing calls for an independent investigation of the troubled St. Louis County Jail. The St. Louis Post-Dispatch reports that the Justice Services Advisory Board voted unanimously Friday to urge County Executive Sam Page to seek bids from groups that could conduct the review. It was the board’s third vote since Aug. 28 formally requesting such a review in the wake of misconduct allegations against former jail director Raul Banasco, an experienced administrator Page hired in November 2019 to reform the facility after a spate of jail deaths. Banasco said: “People just want to make me the bad guy in all this.”

ST. LOUIS - The weather pattern is becoming more active for the week ahead with a few rounds of precipitation possible.

Overnight into Sunday morning, a light wintry mix of freezing rain possibly mixed with sleet and snow will impact the region. Accumulations are expected to be minor, but there could be a few slick spots on untreated roads, bridges and overpasses. The best chance for these minor accumulations will be south of St. Louis, in southwestern Illinois.

ST. LOUIS — A potential aerial surveillance program aimed at helping St. Louis police investigate the city’s soaring violent crime problem has cleared one hurdle. The St. Louis Post-Dispatch reports that the Board of Aldermen voted 15-14 Friday to give preliminary approval to the measure. It would direct Mayor Lyda Krewson or her successor to contract with an Ohio-based company proposing to fly airplanes up to 18 hours a day over the city. The mayor hasn’t said if she will sign or veto the measure if aldermen pass it next week. Backers say the cameras could track the path of suspects and vehicles from key crime scenes. Opponents warned that the plan posed a threat to civil liberties.

Luxury St. Louis living, what you can buy if you win tonight’s Mega Millions

‘Flooded and Impassable’: Massive water main break closes down I-70 near Union

How the Joe Biden presidency could impact your money