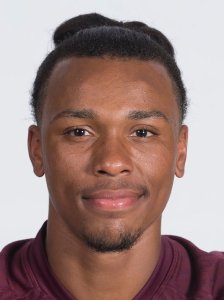 SPRINGFIELD, Mo. (AP) _ Missouri State University’s football community is mourning the loss of one of its players killed in a shooting in his hometown of Las Vegas.

Las Vegas police say 18-year-old Richard Nelson was intervening in a dispute involving several women outside a home Saturday night when a man fired multiple shots, killing Nelson. It was not immediately clear Sunday if there were any arrests or charges.

Nelson was a redshirt freshman last season at Missouri State. The Bears’ coach, Dave Steckel, said in a statement that Nelson’s death was a tragedy in that “he lost his life defending what was right.” Steckel described Nelson as “like a son or a brother.”

Kyle Moats, Missouri State’s athletics director, said that Springfield school would offer grief counseling for student-athletes when they return to campus this week.

CHESTERFIELD, Mo.- The line for the Polo Ralph Lauren store wrapped around the outside of the store.  It was just the beginning of surprises shoppers found at the District in Chesterfield.

Jack Stewart said, “It’s still fun to go out on Black Friday and you know you’re not supposed to be around crowds but that’s half the fun to fight to get the deal.”

ST. LOUIS - The City of St. Louis is activating it Cold Weather Outreach Plan as temperatures are expected to hit or dip below freezing overnight.

Starting at 5:30 p.m. Friday, there will be a Metro warming bus and shuttle van at 13th and Chestnut in downtown St. Louis.

That figure follows a 7-day period that saw the most COVID positive patients in the hospital reported Thursday at 897. The numbers lag by two days.