COLUMBIA, Mo. – A U.S. woman whose Chinese daughter-in-law has been missing for three weeks and whose son is jailed on child abuse charges is seeking guardianship of her granddaughter.

Court documents show that Jean Elledge, of Blue Springs, Missouri, has petitioned for custody. Her son, Joseph Elledge, of Columbia, Missouri, is jailed on $500,000 bond on charges of child abuse. He hasn’t been charged in the disappearance of his wife, 28-year-old Mengqi Ji Elledge. 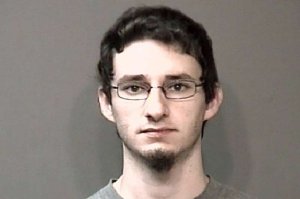 But charging documents say he waited about 36 hours before reporting her missing on Oct. 9. During that time, he took a long drive through unfamiliar remote areas. The abuse is alleged to have occurred several months earlier.

Jean Elledge’s attorney, Garrett Taylor, didn’t immediately return a phone message from The Associated Press. And no attorney is listed for her son in online court records.

Internal emails revealed county workers mistakenly returned two of the dogs to the person who’s still being prosecuted for his treatment of them.

ST. LOUIS - Many students in the Francis Howell School District will go back to the classroom five days a week when school begins.

Superintendent Dr. Nathan Hoven said about 25 percent of parents in the district chose the all virtual academy while the other 75 percent chose in-person schooling.

GRAND RAPIDS, Mich. (WOOD) — Police are investigating after 17 vehicles were stolen from a Michigan auto dealership set to hold its grand opening this weekend.

It happened overnight at the new Autowest of Grand Rapids.

2nd federal prisoner at Marion dies this week of COVID-19