COLUMBIA, Mo. (AP) – University of Missouri President Tim Wolfe met with a graduate student who is staging a hunger strike at the Columbia campus.

Wolfe met with Jonathan Butler and representatives of several student organizations Friday to discuss racism and other problems currently disrupting the university’s Columbia campus. Wolfe called Butler an important voice for social justice and said he was concerned about Butler’s health.

Butler began his hunger strike on Monday, saying he won’t eat until Wolfe is removed from office.

Wolfe also apologized for not responding to protesting students who blocked his car during the Missouri homecoming parade to speak to him about their concerns. He said he was caught off guard at the time.

Butler did not immediately respond to an email request for comment on Friday’s meeting. 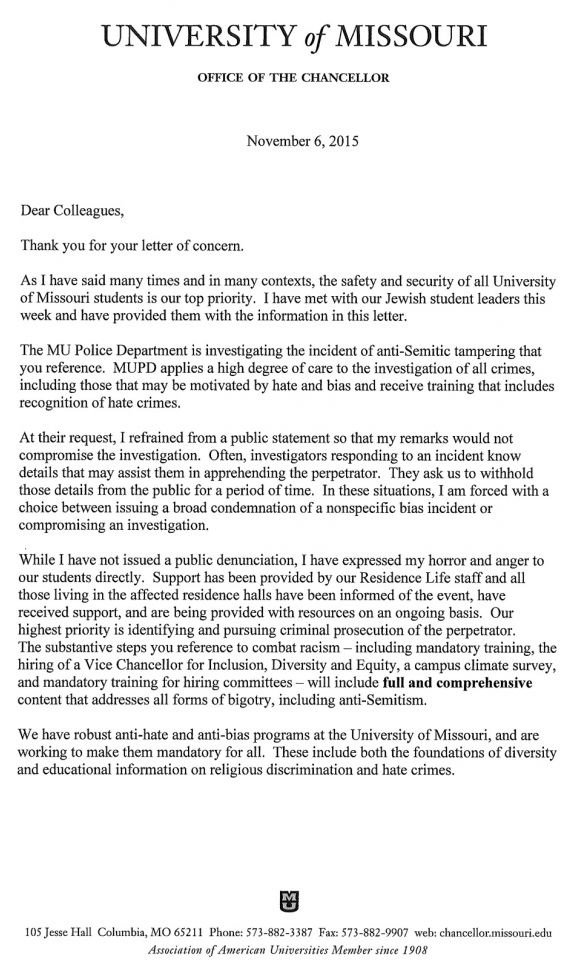